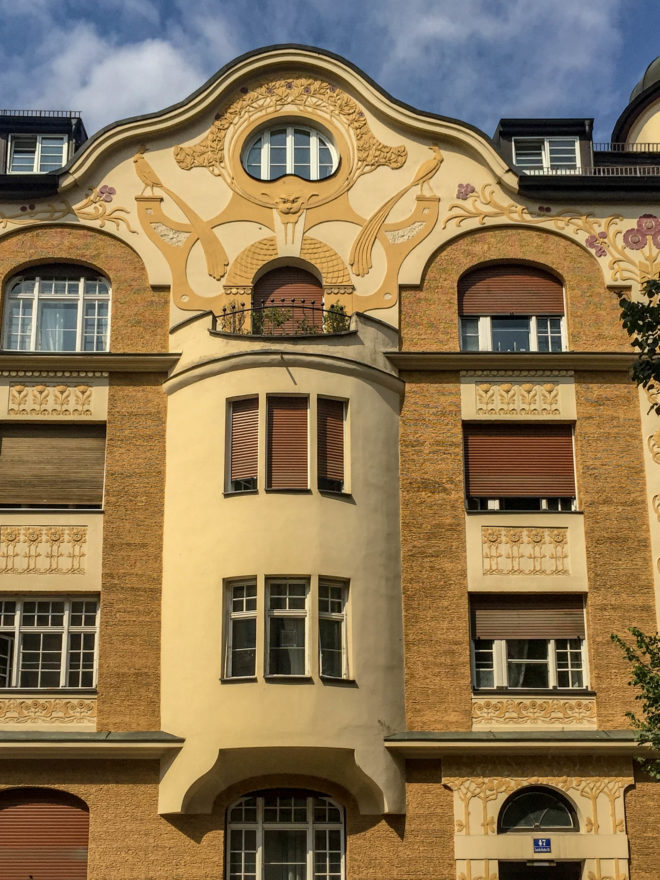 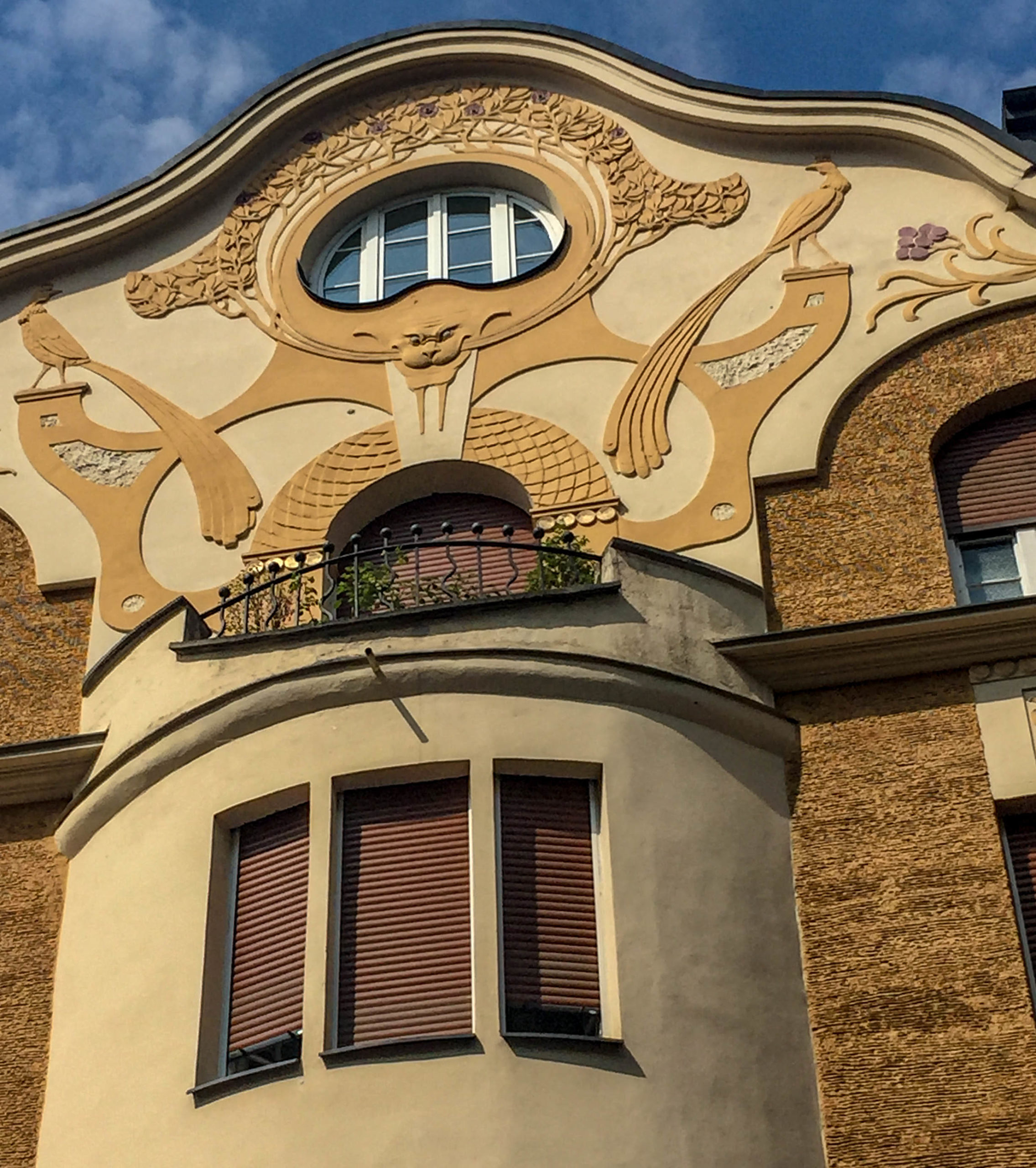 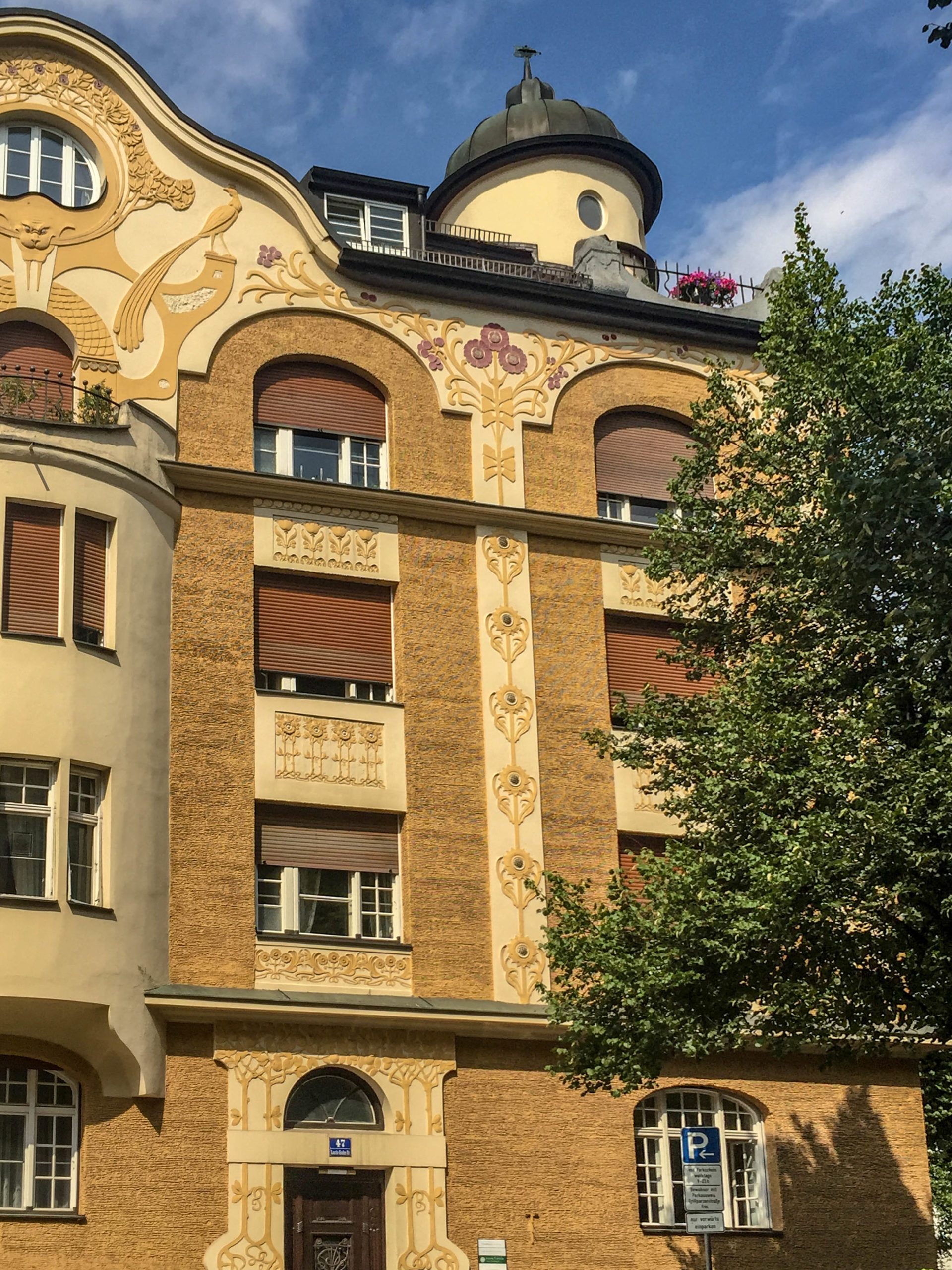 The corner building on Lucile-Grahn-Strasse in Munich-Haidhausen was built in 1901 with a richly stuccoed tail gable and floral decoration in Art Nouveau style according to plans by architect Johann Zitter.

In the second half of the 19th century, Munich became a major big city. For the first time, therefore, urban expan­sions outside the medieval forti­fi­ca­tions became necessary.

While the urban expan­sions of Maxvorstadt and the Gärtnerplatzviertel were still under royally commis­sioned planning, the urban expansion through the so-called Franzosenviertel was under Munich’s new municipal self-government for the first time starting in 1870.

With the construction of the railroad line to Simbach and Rosenheim and the Ostbahnhof, the develo­pment of the land between the new train station and the old settlement edge of Haidhausen was inevitable.

The urban planning of the city expansion was carried out under the direction of the then municipal chief building officer Arnold von Zenetti and was approved by the minister on July 9, 1871.

The geometric planning, based on a rectan­gular grid in relation to Rosenheimerstrasse and Orleansstrasse, followed the example of French urban planning.

In the tenements, the presti­gious apart­ments were located in the front buildings. It was consi­dered a living requi­rement of the time that the living rooms were oriented to the street.

The stair­cases were located on the courtyard side. The staircase to the upper floors is acces­sible from the passageway.

From 1879 onwards, the apart­ments were equipped with a narrow toilet and a cold water connection with a sink in the kitchen. 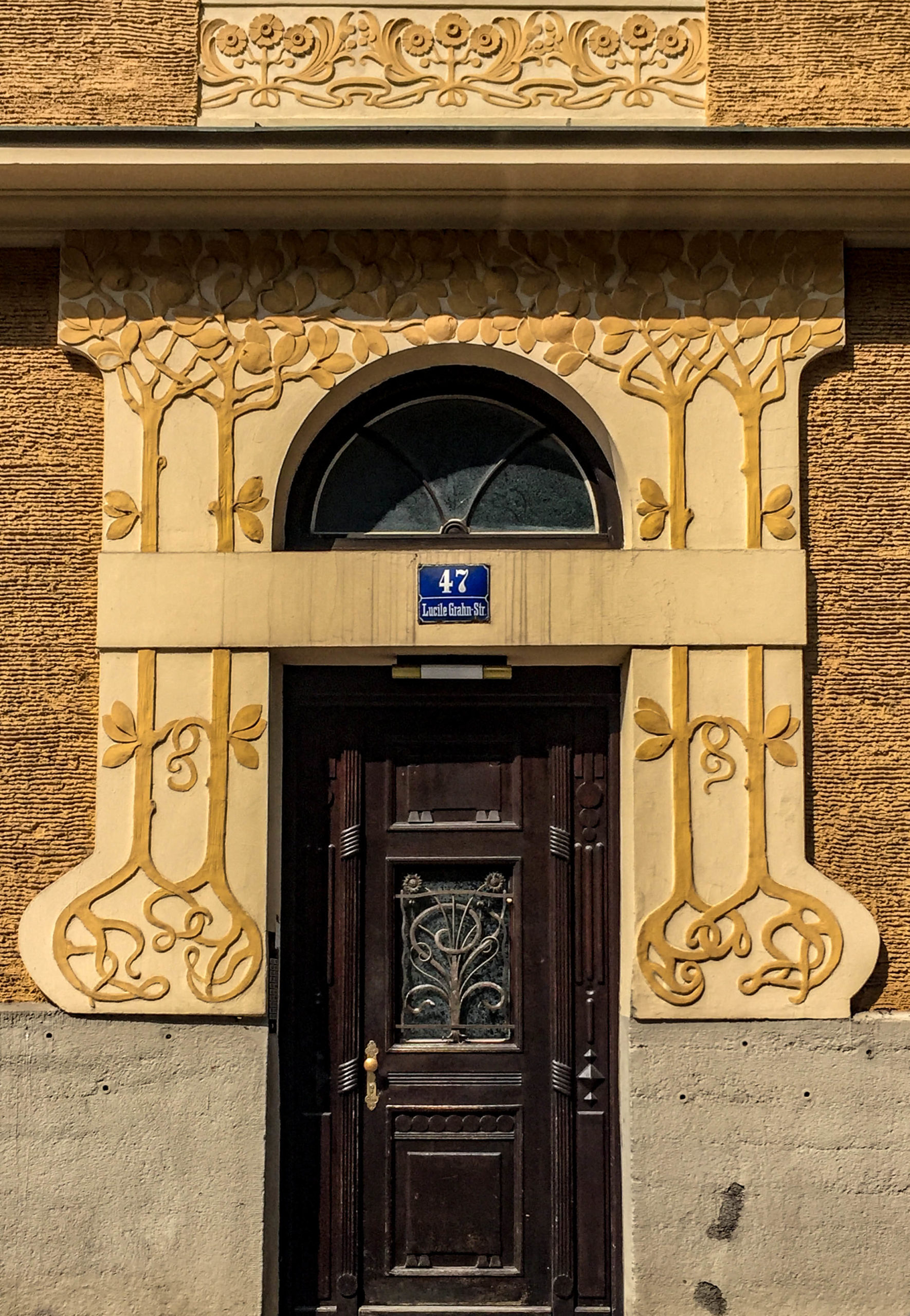 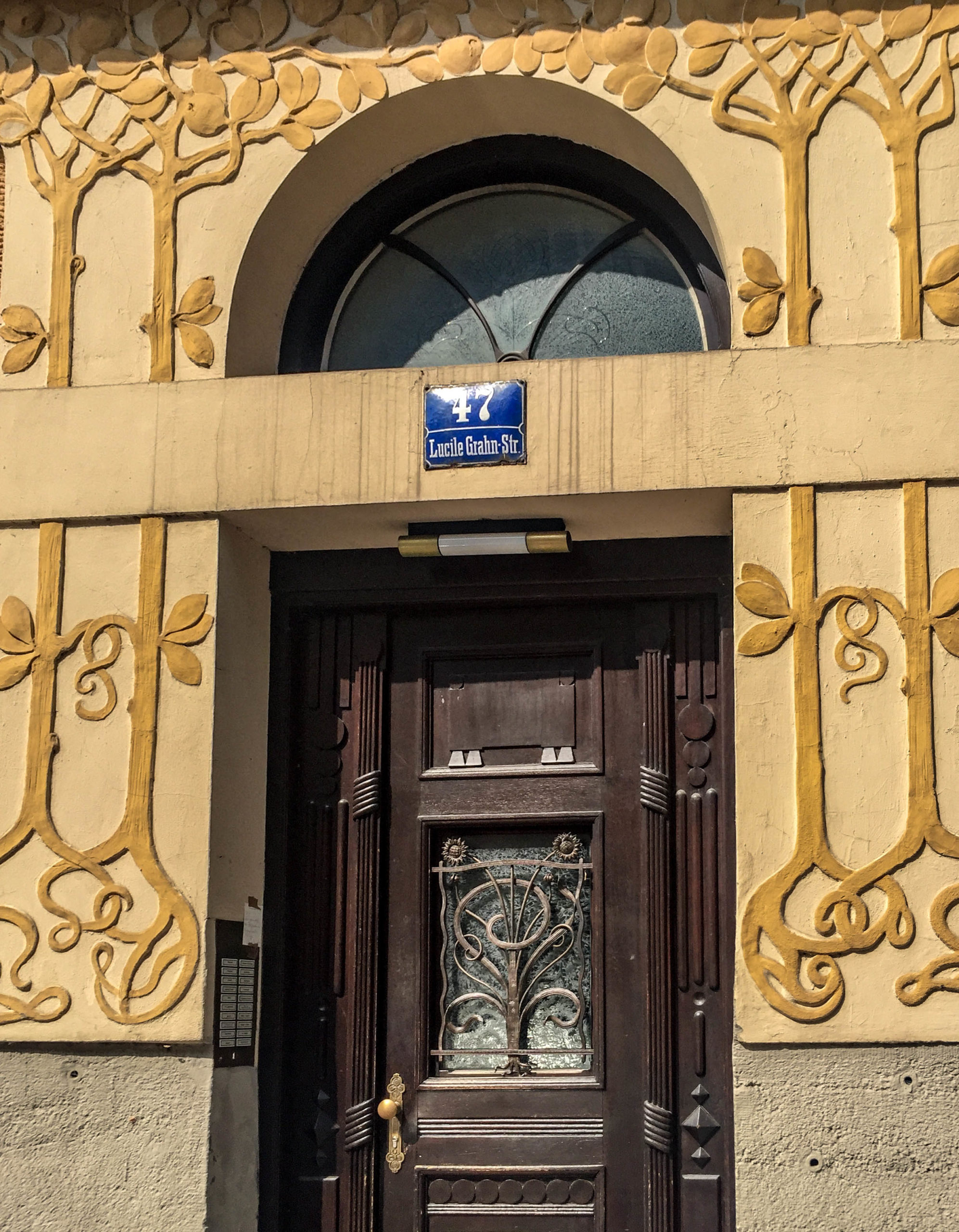 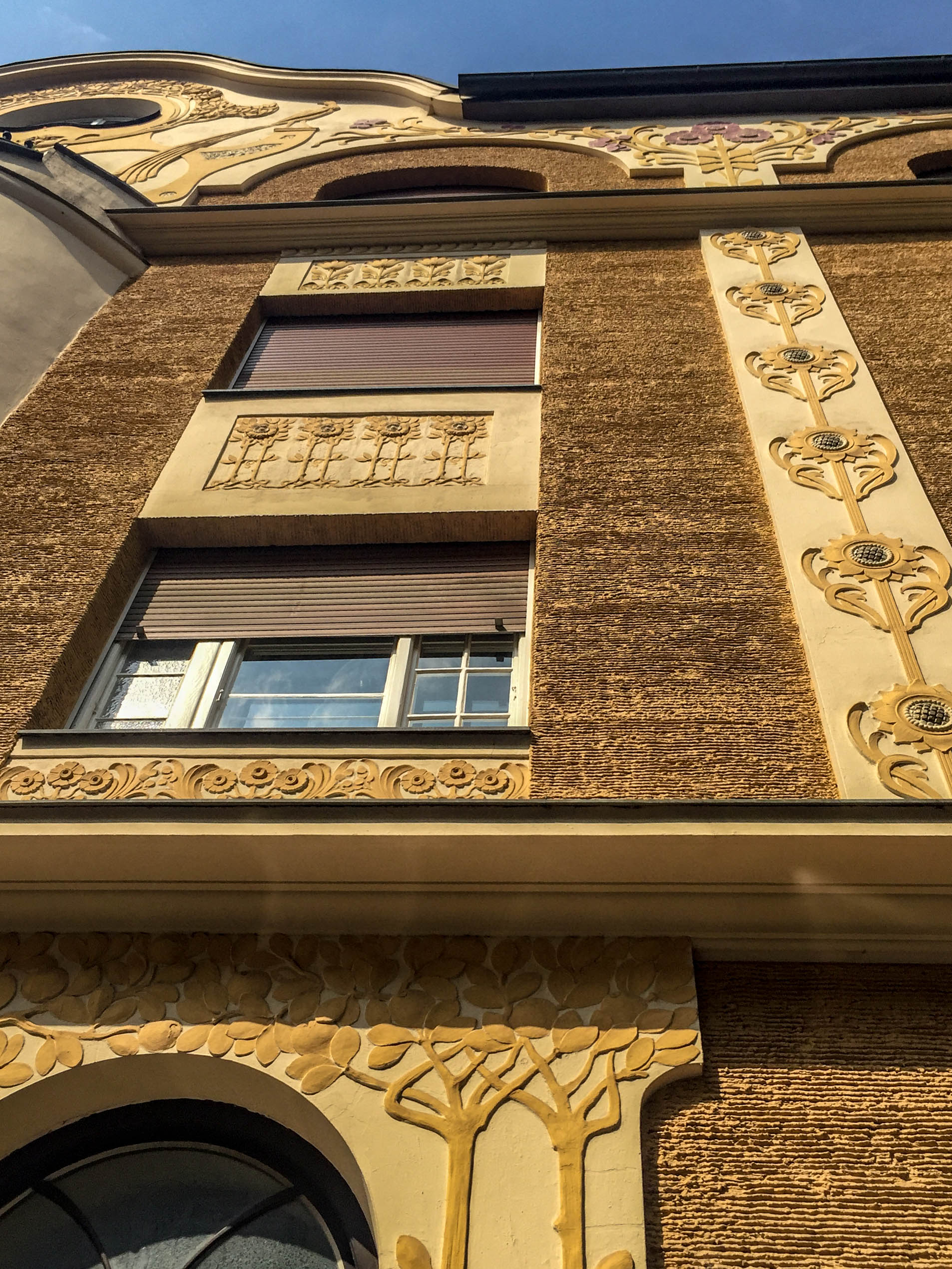