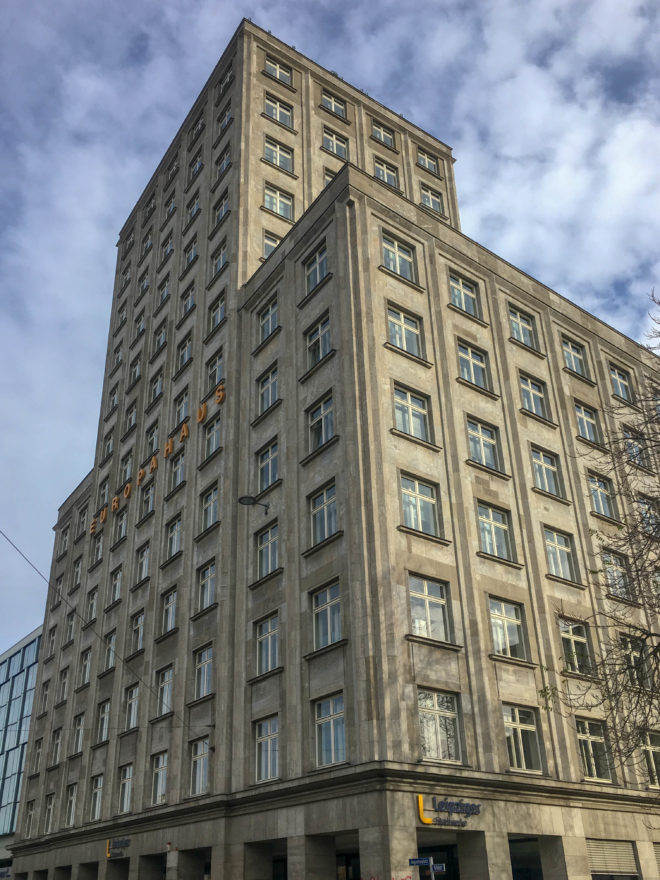 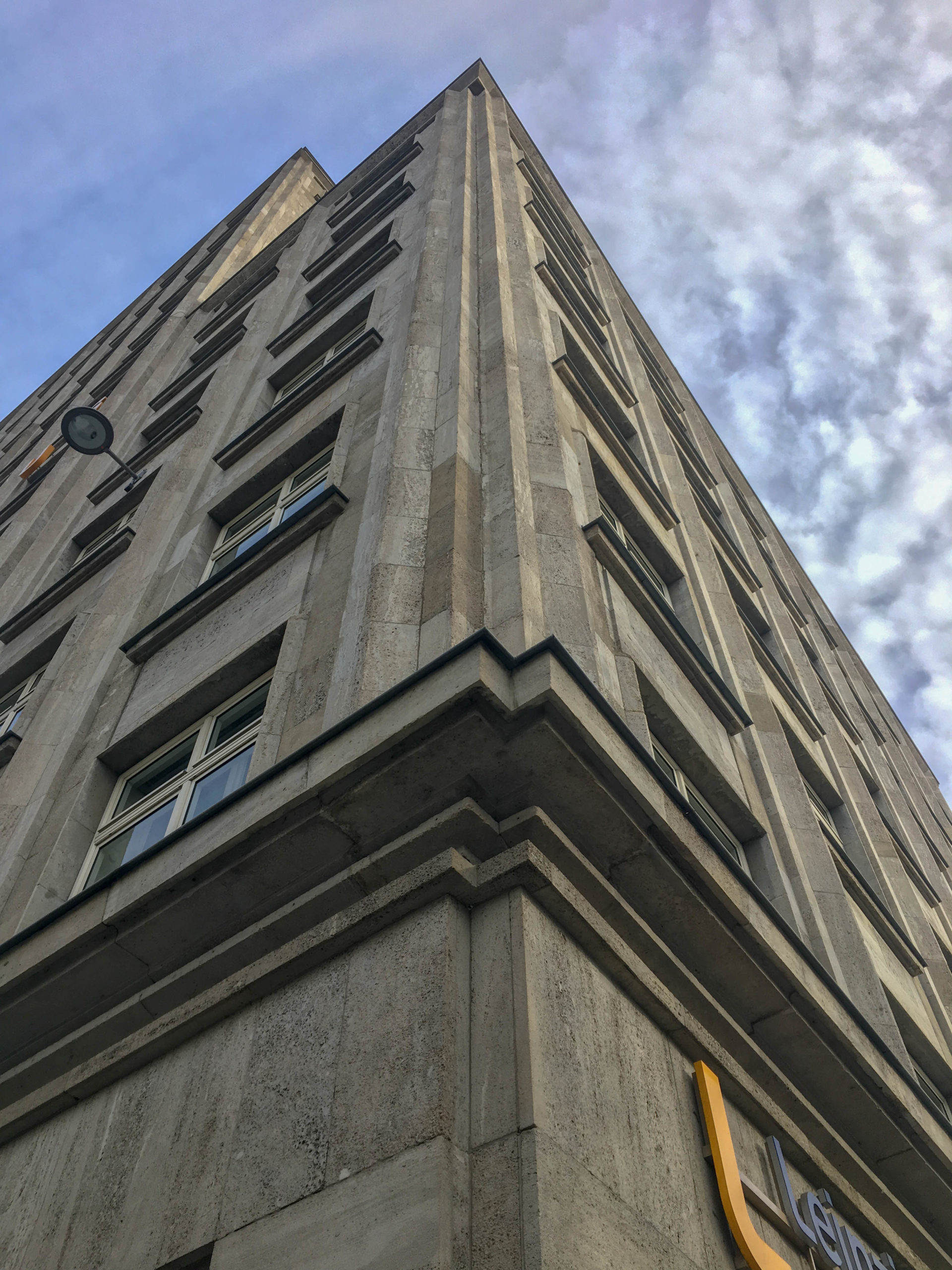 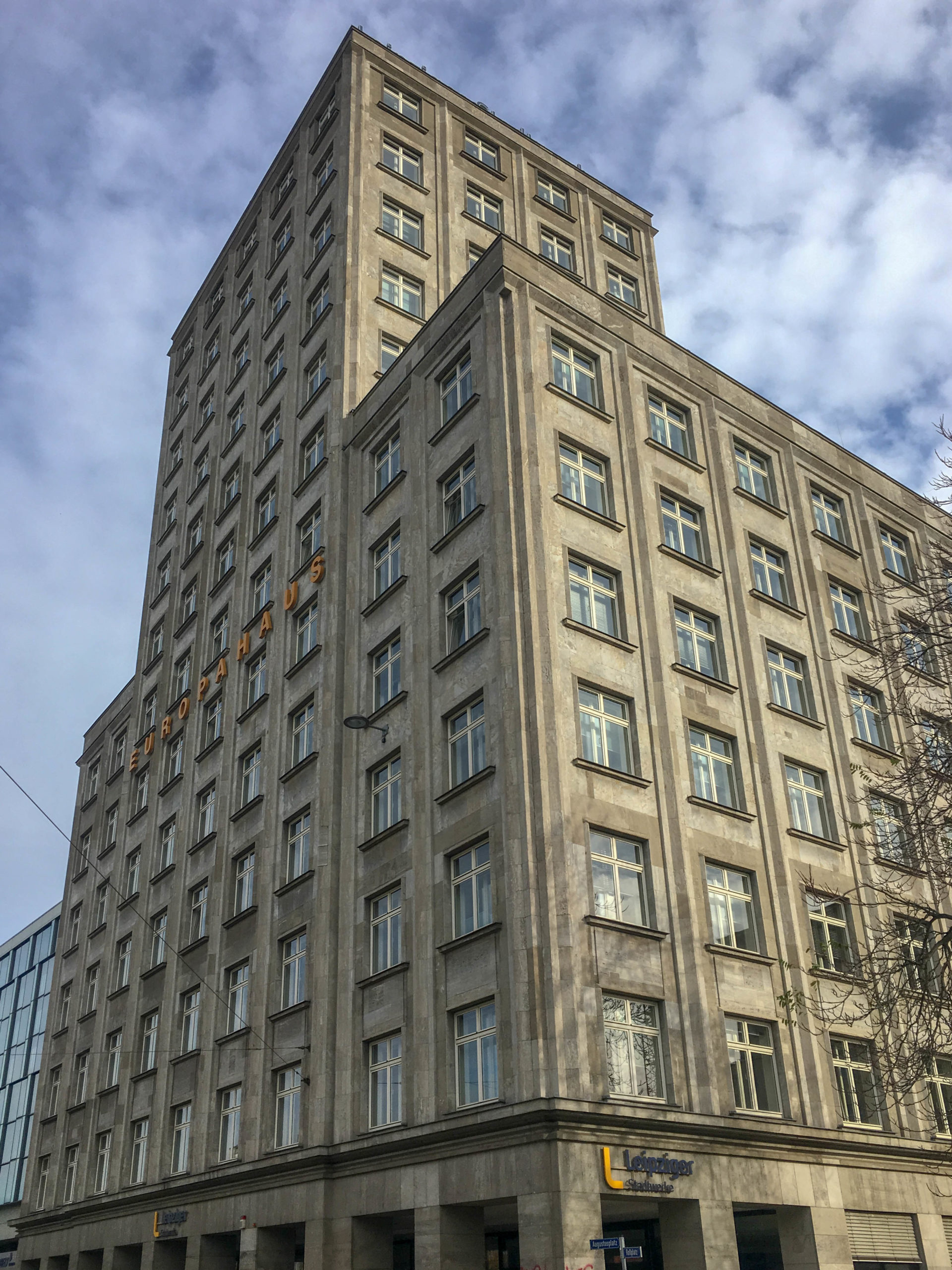 The facade of the reinforced concrete skeleton building is clad with shell limestone panels.

Strong piers leading up to the roof area and with an acute-angled profile emphasize the verticality,

The Europahaus was built as Leipzig’s second high-rise building after the Kroch-Haus between 1928 and 1930 according to plans by architect Otto Paul Burghardt.

Burghardt had to revise his first design, in which the taller tower building was in an axial corner position, in May 1928 after demands from the Saxon Ministry of the Interior.

In the process, the facade of the office and commercial building was given a signi­fi­cantly simplified form with a vertical structure running between the window openings.

Burghardt dispensed with any decoration and the building appears only by empha­sizing the verticals.

The revision was completed in July 1928, so that the shell was finished at the beginning of November 1929 and most of the rooms could be used from January 1, 1930.

At the time of construction, a roof garden restaurant was located on the central part of the high-rise building.

From the very beginning, the Europahaus was not intended to be a solitary building. It was designed as an integral part of an urban develo­pment concept as a signal building of the future Ringcity.

The first general develo­pment plan of the city of Leipzig, adopted in 1929 by city architect Hubert Ritter, envisaged developing the Ringstrasse around the historic center into a Ring City and empha­sizing the prominent points with high-rise dominants.

In the six years from 1924 to 1930, during which Hubert Ritter was the City of Leipzig’s municipal architect, he left a lasting mark on urban planning.

Under his aegis, buildings such as the Grossmarkthalle (wholesale market hall), the plane­tarium at the zoo, which was destroyed in the war, and several schools and hospitals such as Sankt Elisabeth in Connewitz were built.

Ritter set urban planning accents with the construction of the Rundling housing estate in Lößnig and the develo­pment in Faradaystrasse.

His general develo­pment plan set a framework for the unregu­lated develo­pment of the city at that time for the first time.

According to this plan, Leipzig’s historic city center was to be preserved and adminis­trative and commercial buildings were to be built in a ring along the promenade around the city center. This concept is still visible today.

During the GDR era, the Europahaus was the headquarters of the district adminis­tration of the GDR’s state insurance company.

The arcades on the first floor as well as the altered end of the building were only created in the course of the redesign in 1965.

From 1998 to 1999, a funda­mental renovation took place. The windows were renewed and repairs were made to the facade.

Stadtwerke Leipzig has had its headquarters in the Europahaus since 2014. 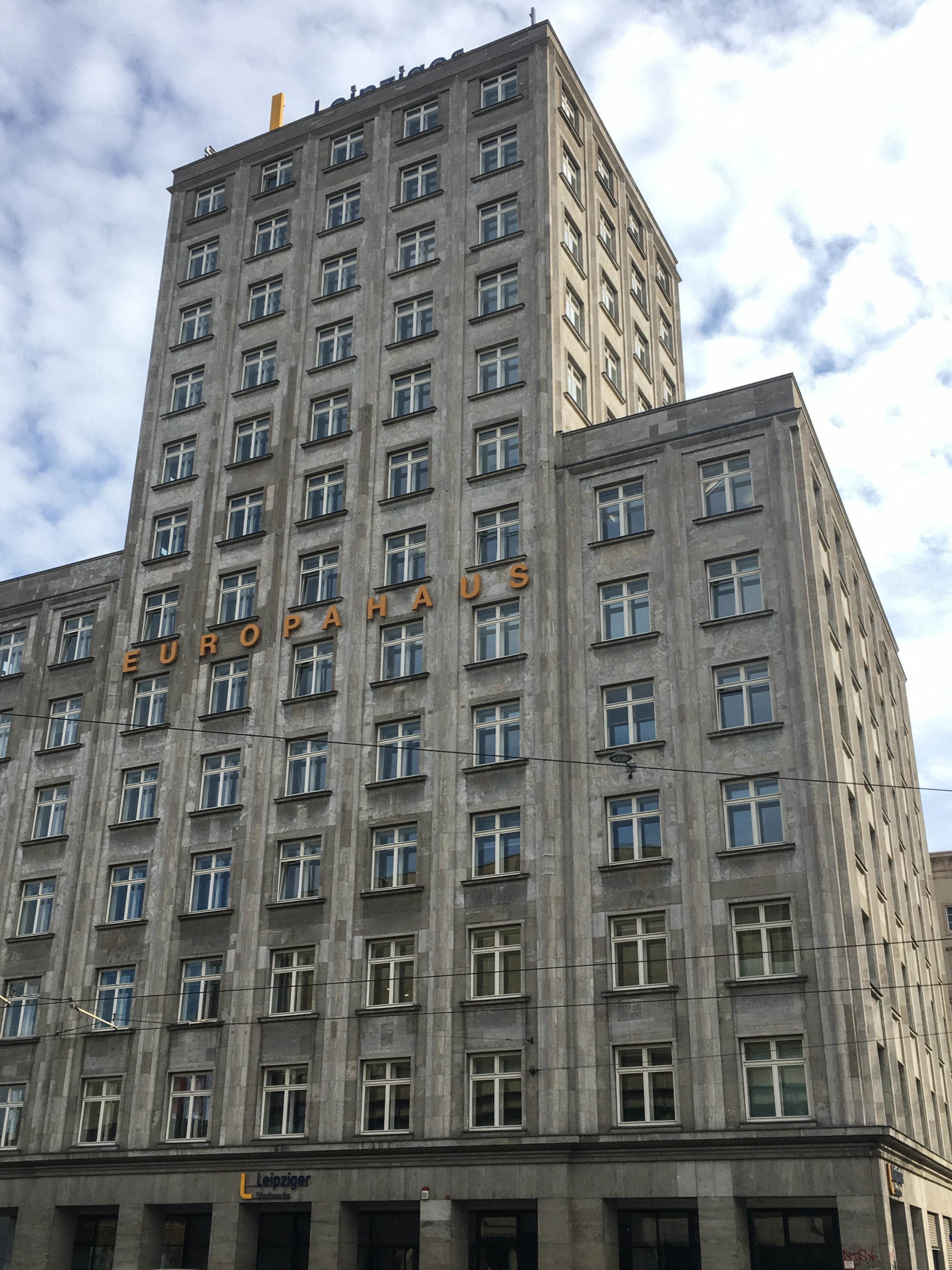 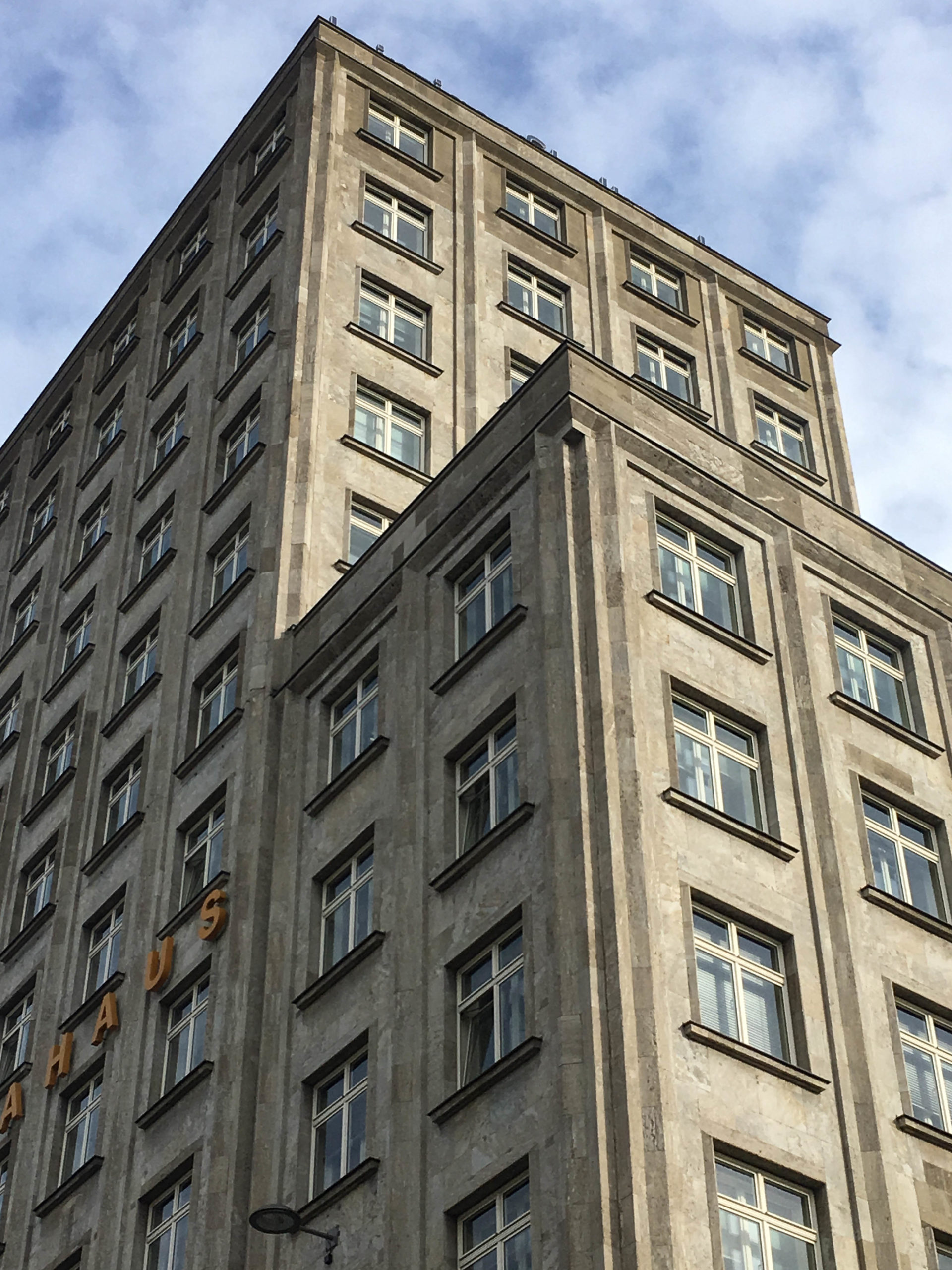