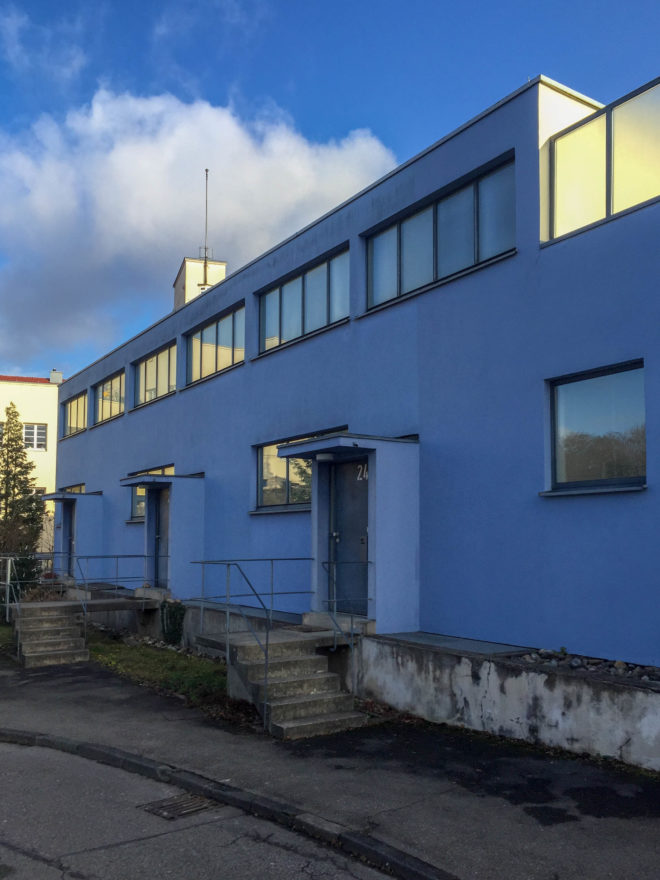 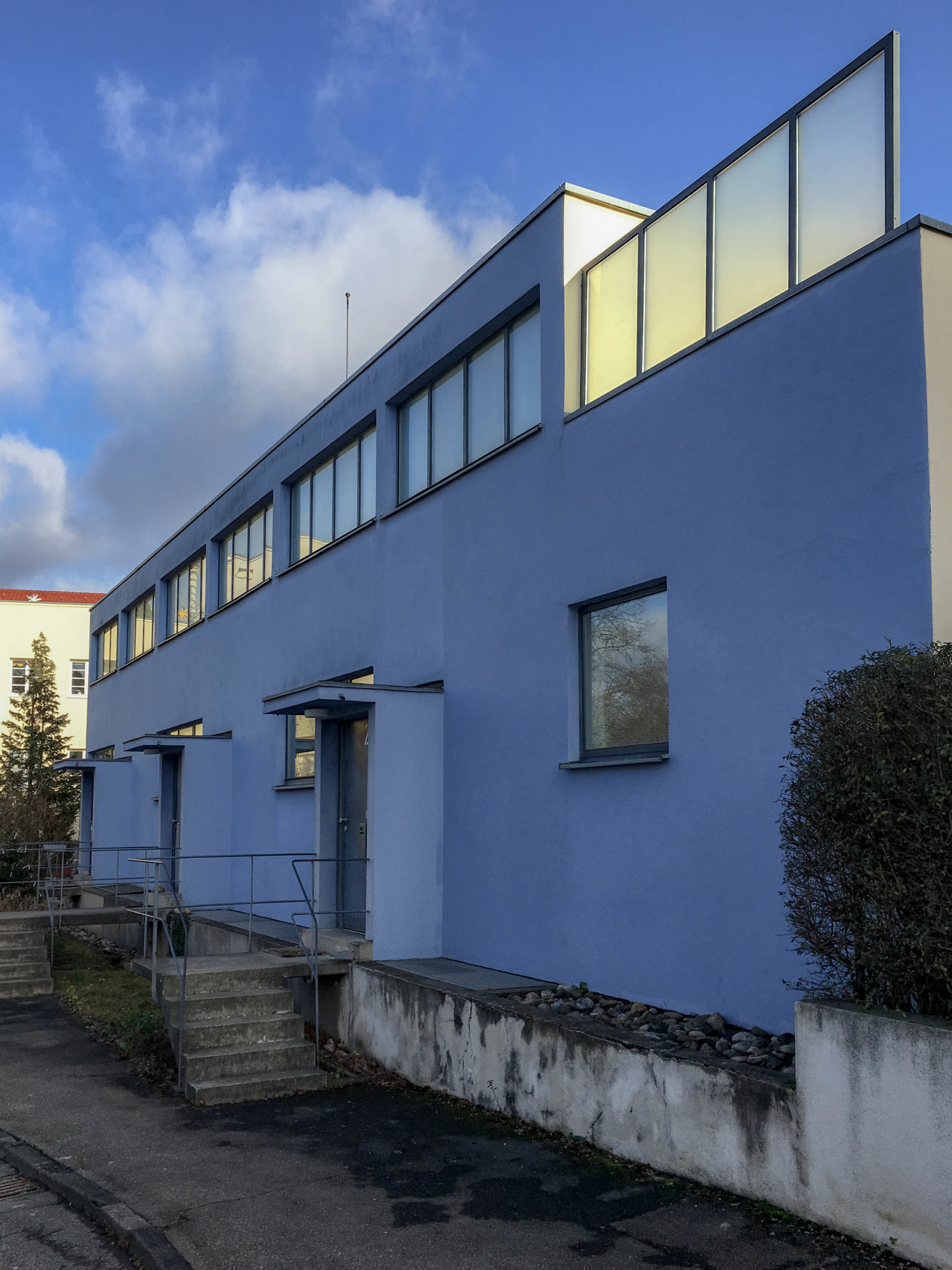 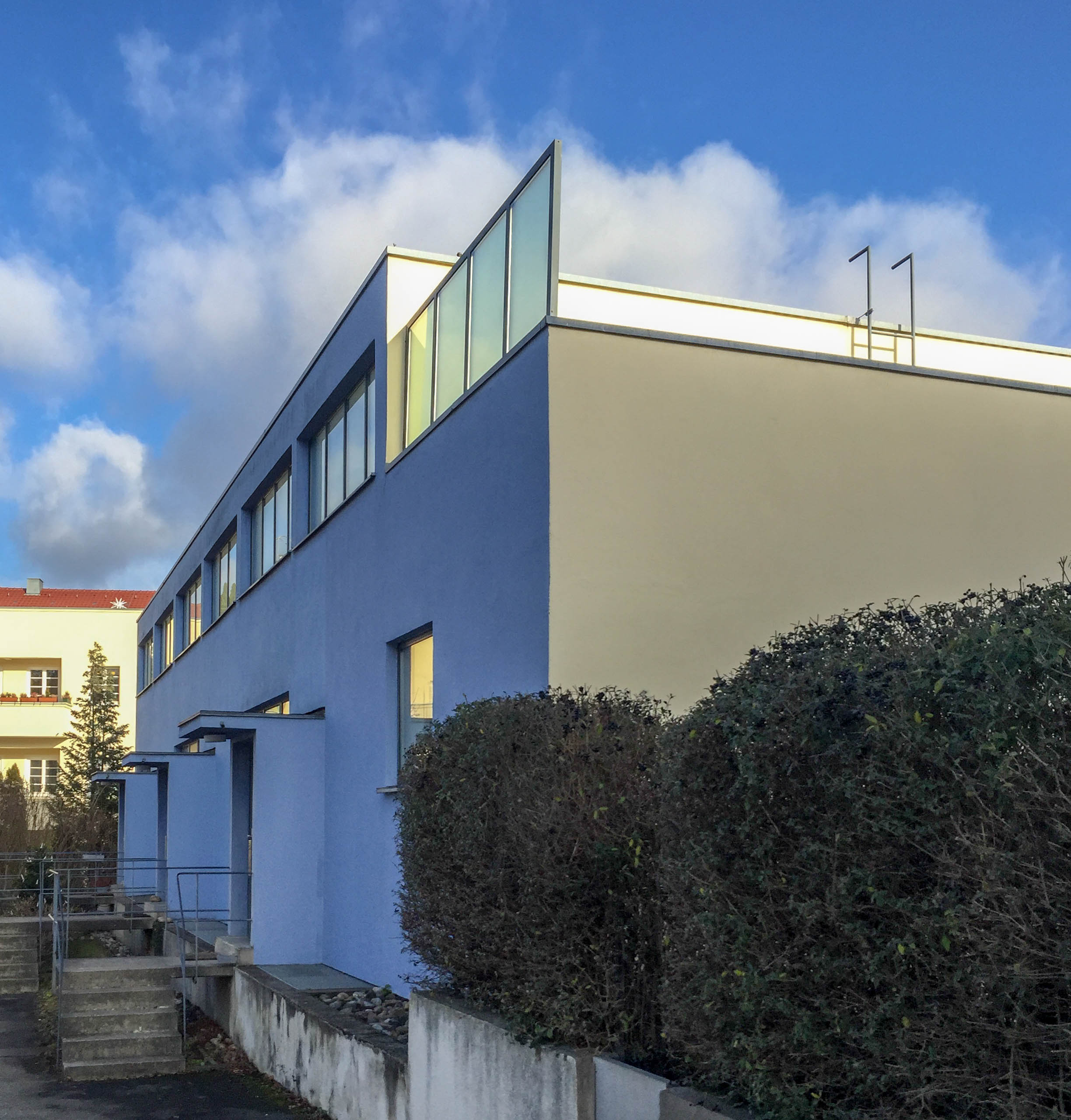 The Weissenhof Estate was built in 1927 as part of the building exhibition „Die Wohnung“, organized by the Deutscher Werkbund and financed by the city of Stuttgart.

During the exhibition, the 33 realized houses could be viewed from the outside and inside. Afterwards, they were rented out by the city.

In addition to the model houses in the Weissenhof Estate, there were three other exhibi­tions on modern building worldwide, interior design and new building materials and constructions.

Within just four months, 500,000 visitors came to see the exhibition, which had a worldwide resonance.

The Weissenhof Estate showed the then current develo­pment of archi­tecture and housing.

A formal coherence was achieved through the avant-garde archi­tec­tural views of the contri­buting archi­tects and the speci­fi­cation of flat roofs.

The two houses on the left have a living area of 105 square meters.

Here the living room is connected with a lower garden room.

The right house has a living space of 111 square meters.

It is comple­mented on the side by an additional study with a roof terrace and spiral staircase.

By exploiting the slope and raising the first floor, it was possible to gain an additional third floor on the garden side.

The color scheme of the facade with lavender-blue and ochre painting is documented by descrip­tions and color analysis.

The walls are made of hollow pumice blocks, the ceilings are reinforced concrete hollow core ceilings. 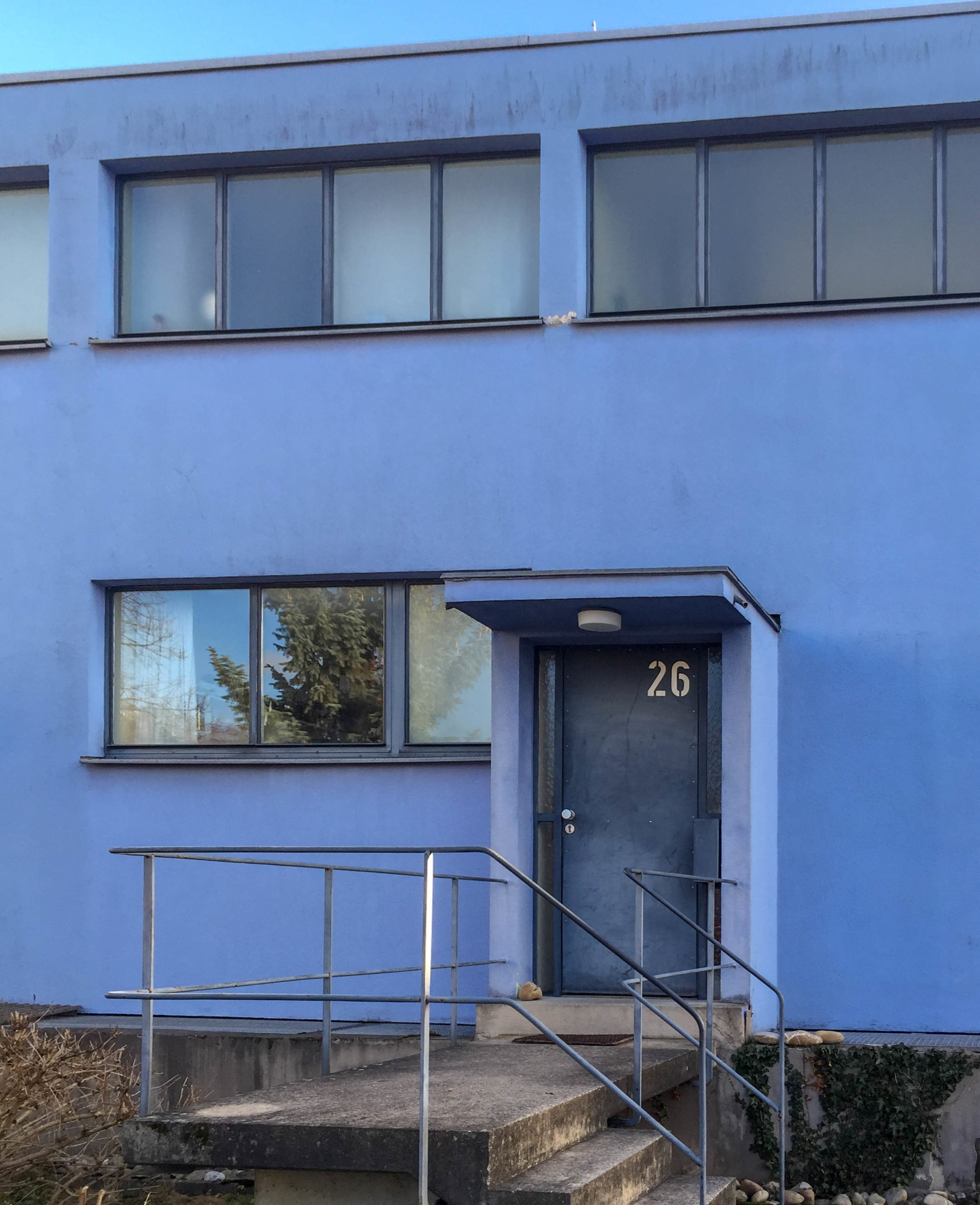 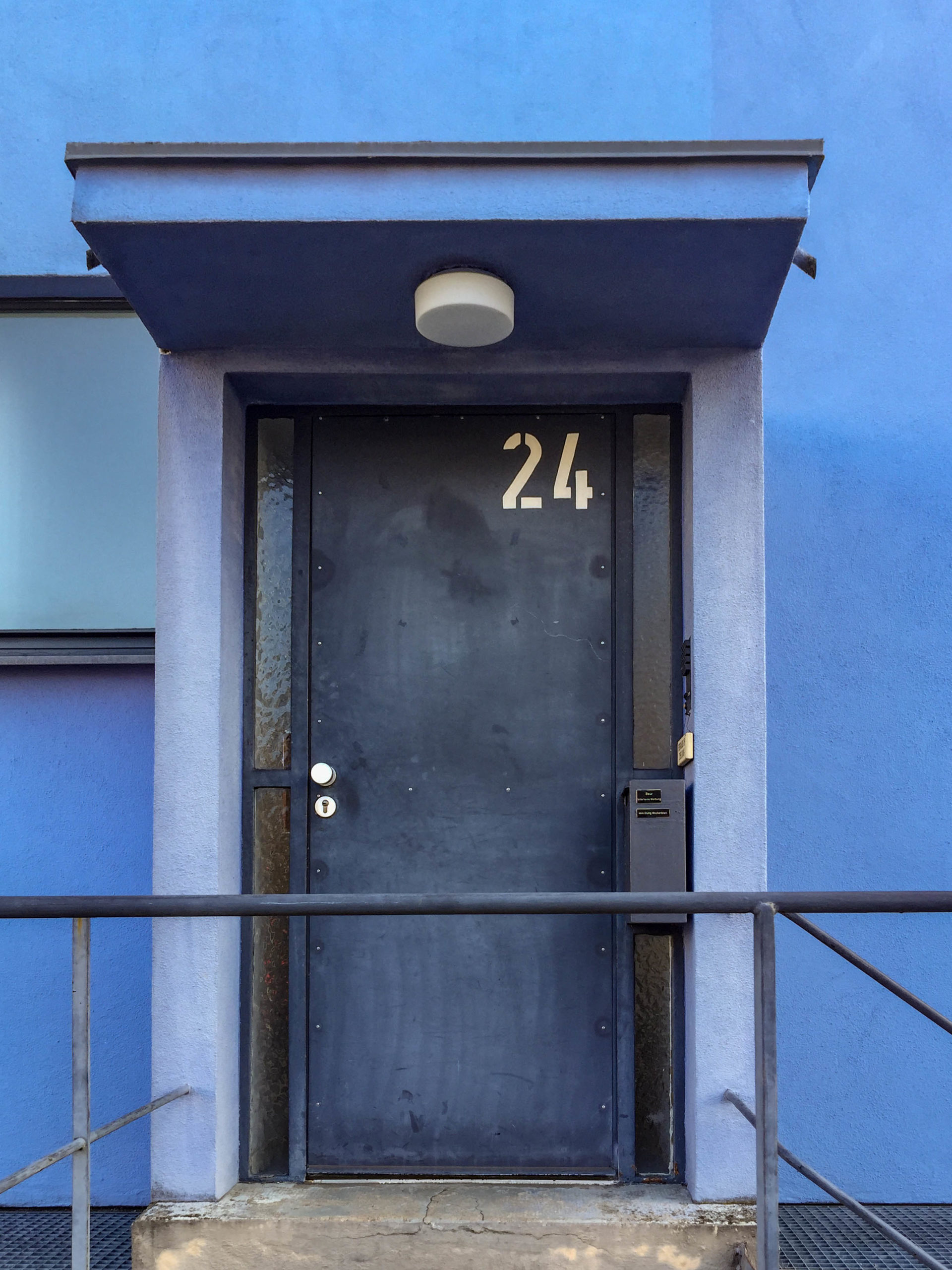 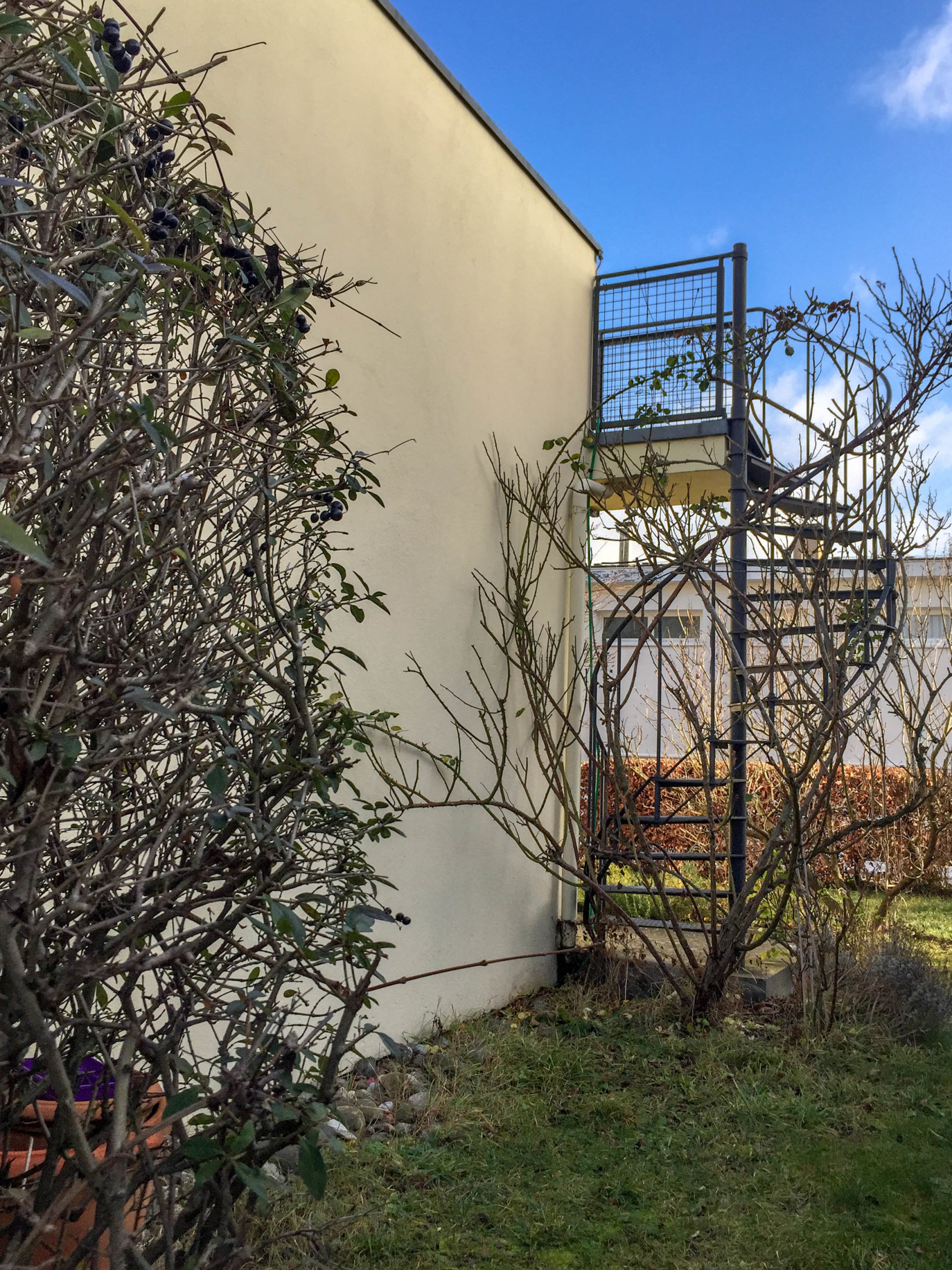