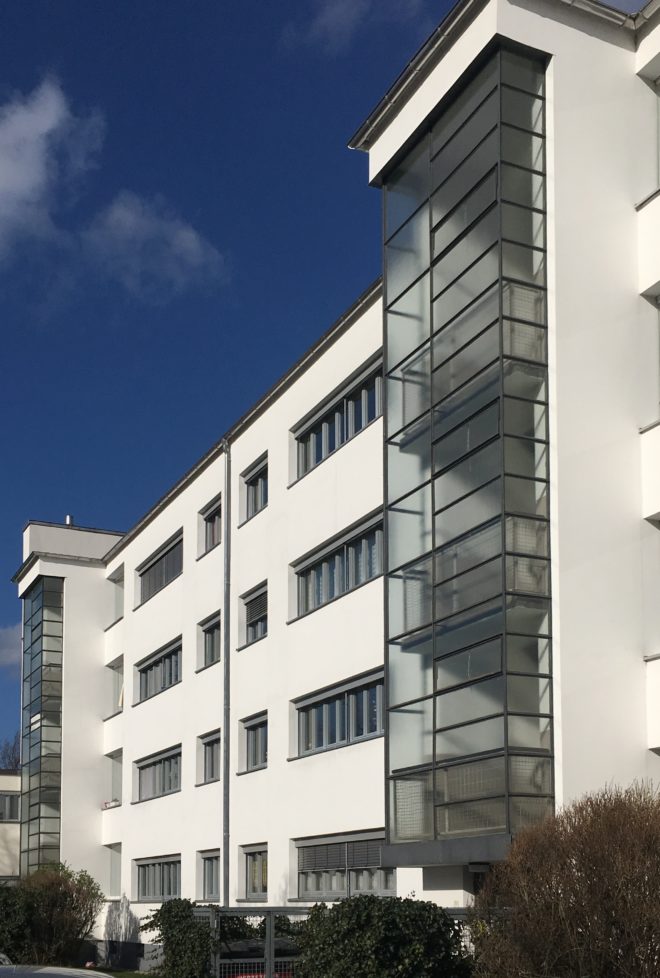 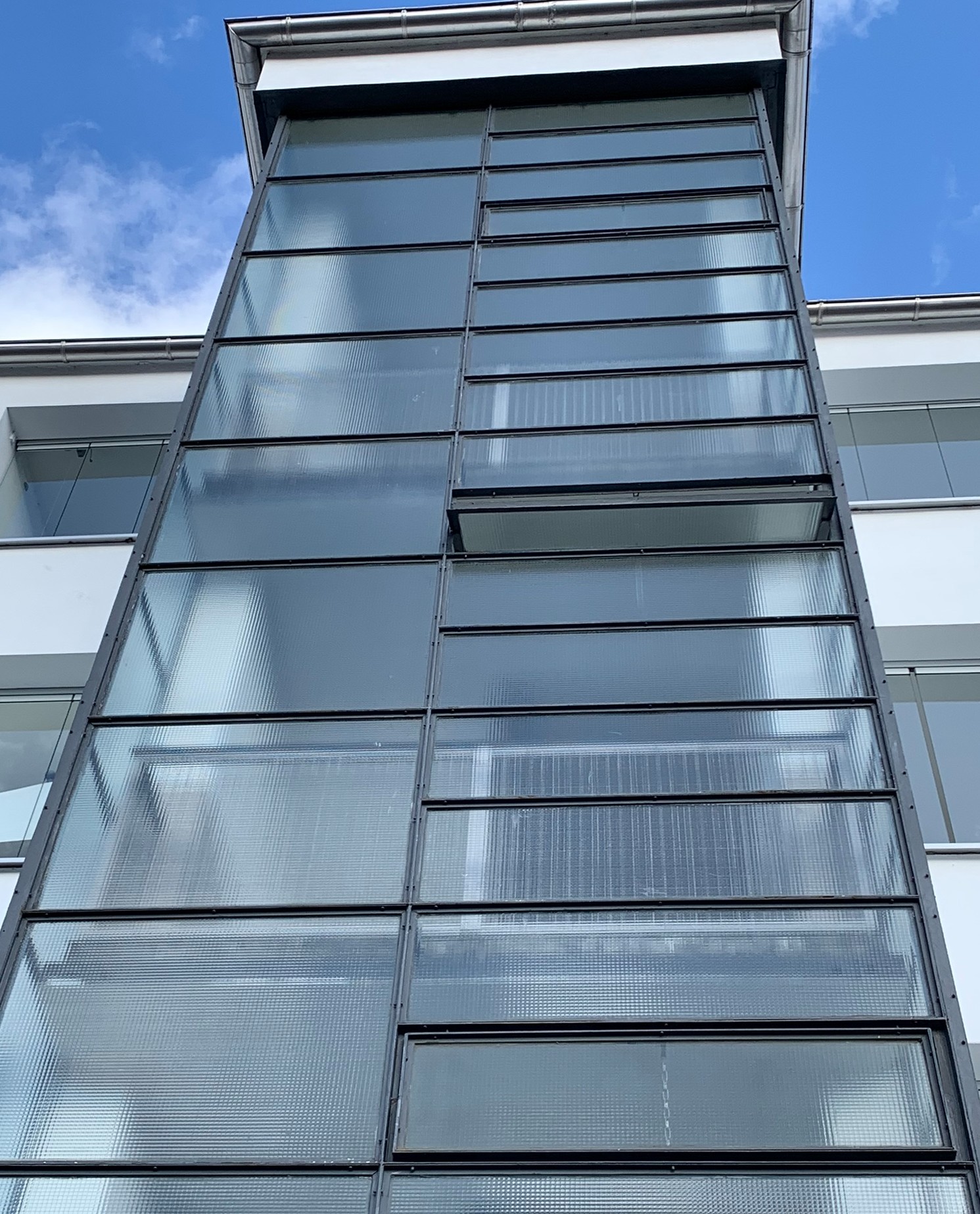 Due to the lack of construction activity during the period of World War I, the housing shortage in Germany during the following 1920s was catastrophic.

After the end of inflation in 1924 and the recovery of the economy, construction resumed, but housing remained unaffordable for the lower middle class.

For these reasons, coope­rative building associa­tions were founded in numerous cities such as Berlin, Fankfurt, Dessau, Breslau and Karlsruhe, and new affordable housing estates were built.

In 1928, the city of Karlsruhe announced a compe­tition for the develo­pment of the city-owned Dammerstock site with the aim of building small and very small apart­ments for middle- and lower-income families by mid-1929.

The jury was promin­ently repre­sented by Ernst May, Ludwig Mies van der Rohe and Otto Völckers, among others.

The concept by Walter Gropius won first prize, followed by the plan by Otto Haesler.

Gropius subse­quently took over as artistic director and, in this capacity, deter­mined the design guide­lines for the estate.

He also coordi­nated the activities of the archi­tects involved in the project.

Gropius‘ most important planning idea was the row construction method. Instead of the conven­tional perimeter block develo­pment, building took place in north-south parallel rows, the ends of which were alter­nately provided with trans­verse head buildings.

The goal was optimal sun exposure, light in the bedroom in the morning and in the living rooms in the afternoon.

The city presented the model housing estate to the public in October 1929 with the exhibition „Die Gebrauchswohnung“. Kurt Schwitters was respon­sible for the design of the accom­panying publications.

In 1928, architect Otto Haesler from Celle designed the entrance to the housing estate as a multi­func­tional entrance building with a restaurant and associated tenant’s apartment, with a district heating plant, a central laundry building, and three additional apart­ments with associated garages.

Kurt Schwitters designed the lettering and the schematic ground plan of the settlement on the gate building.

The two-story central heating and laundry building was also built between 1928 and 1929 according to plans by Otto Haesler and was remodeled in 1974 by archi­tects Rossmann and Partner for use as an archi­tec­tural office.

Due to the world economic crisis, only 228 of the planned 750 apart­ments of the Dammerstock housing estate were built.

It was not until after 1949 that the city continued construction of the settlement according to Gropius‘ original plans.

The estate, which has since been renovated in accordance with the preser­vation order, is still fully inhabited today.

In 1991, the site was regis­tered as a cultural monument of special importance. In the years before, the thermal insulation of the facades as well as the partial repla­cement of the original windows was carried out. 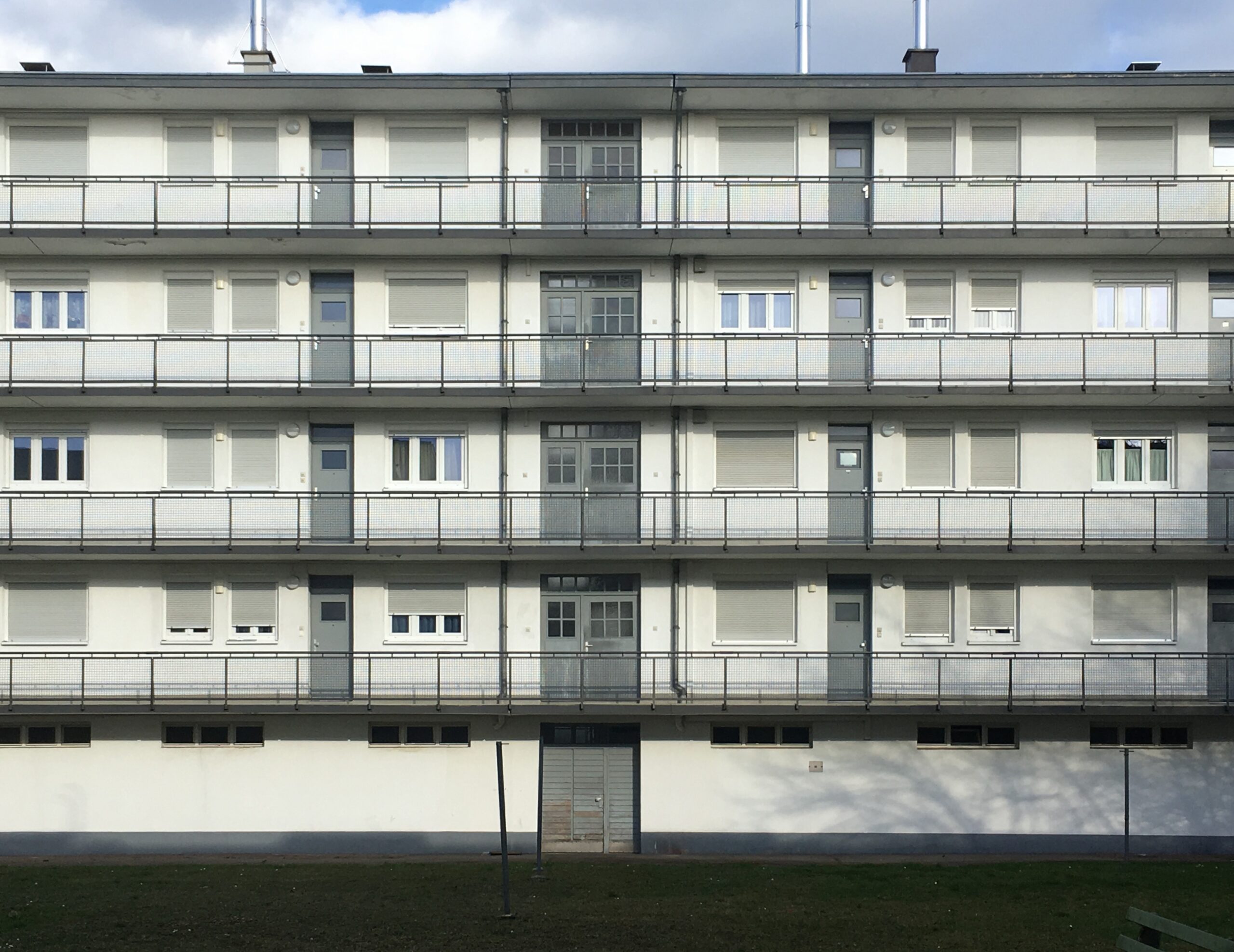 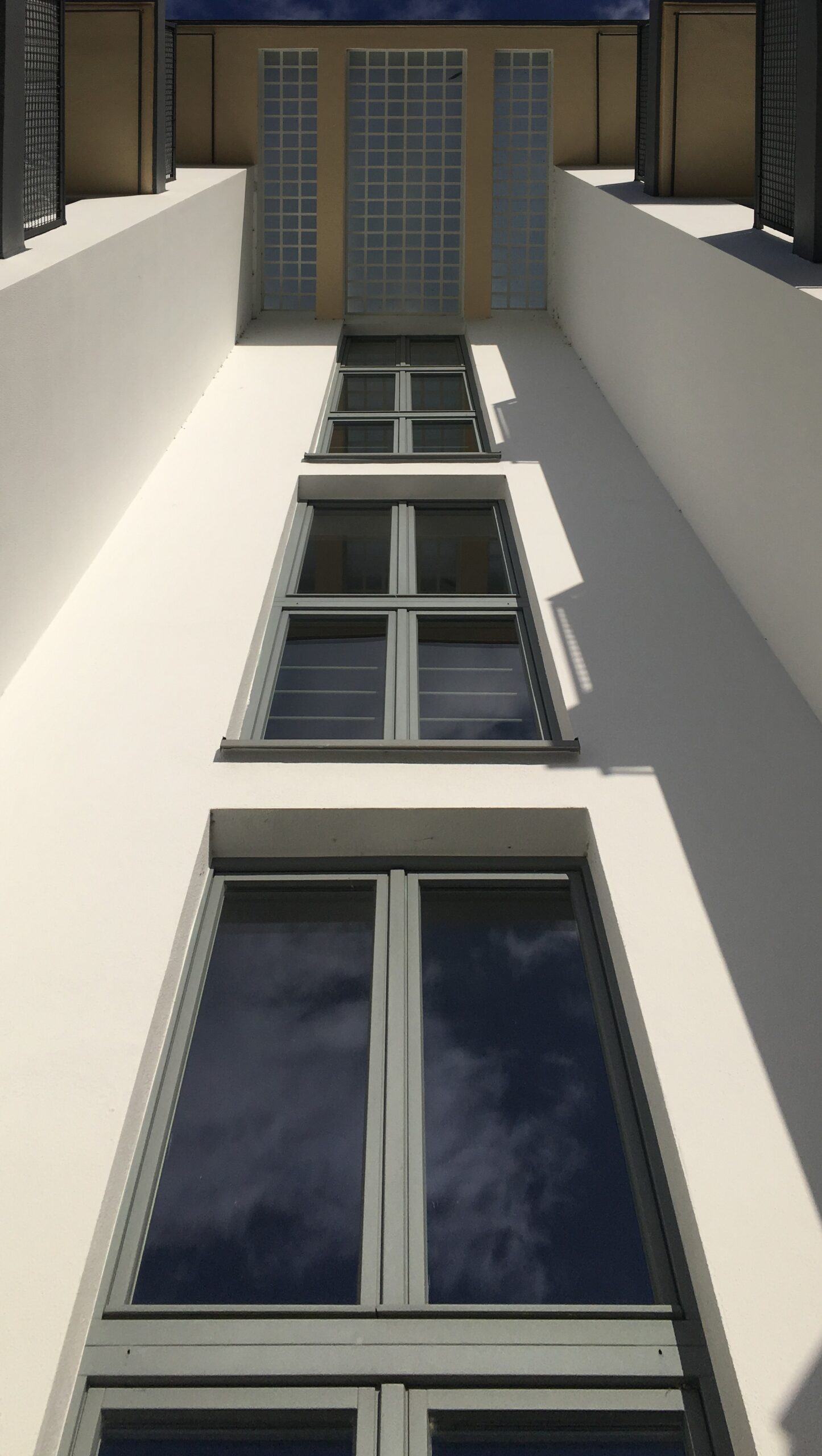 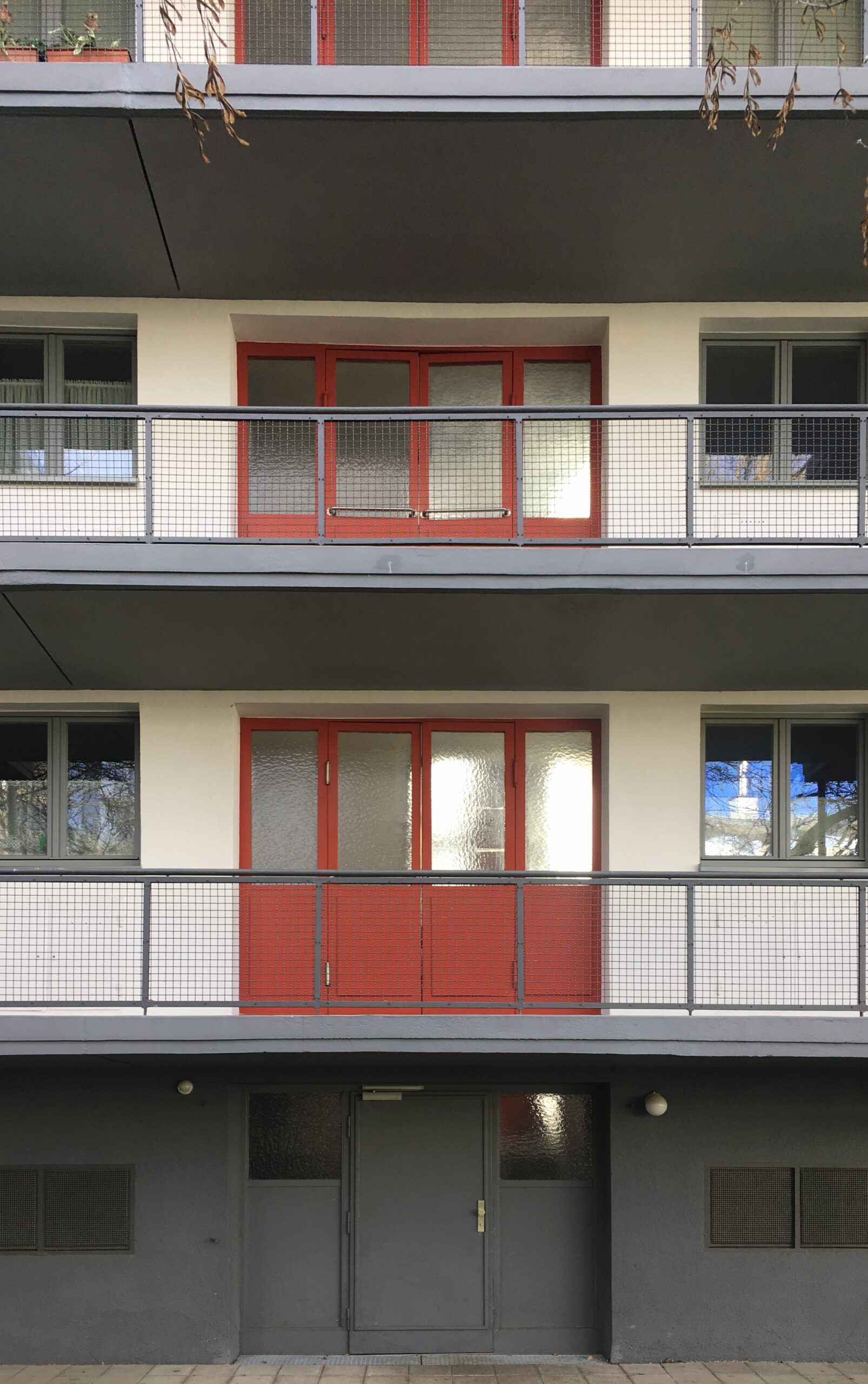 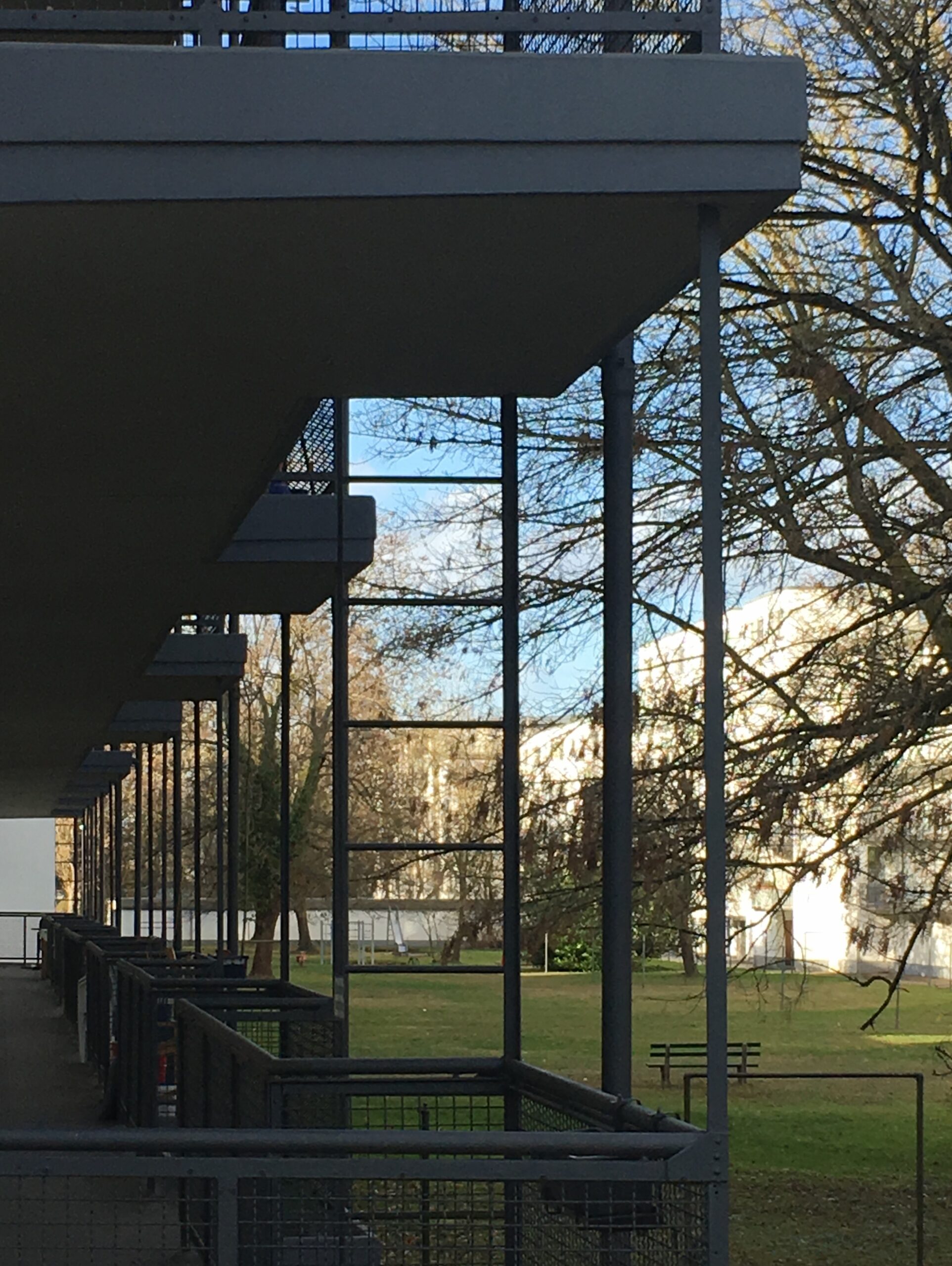 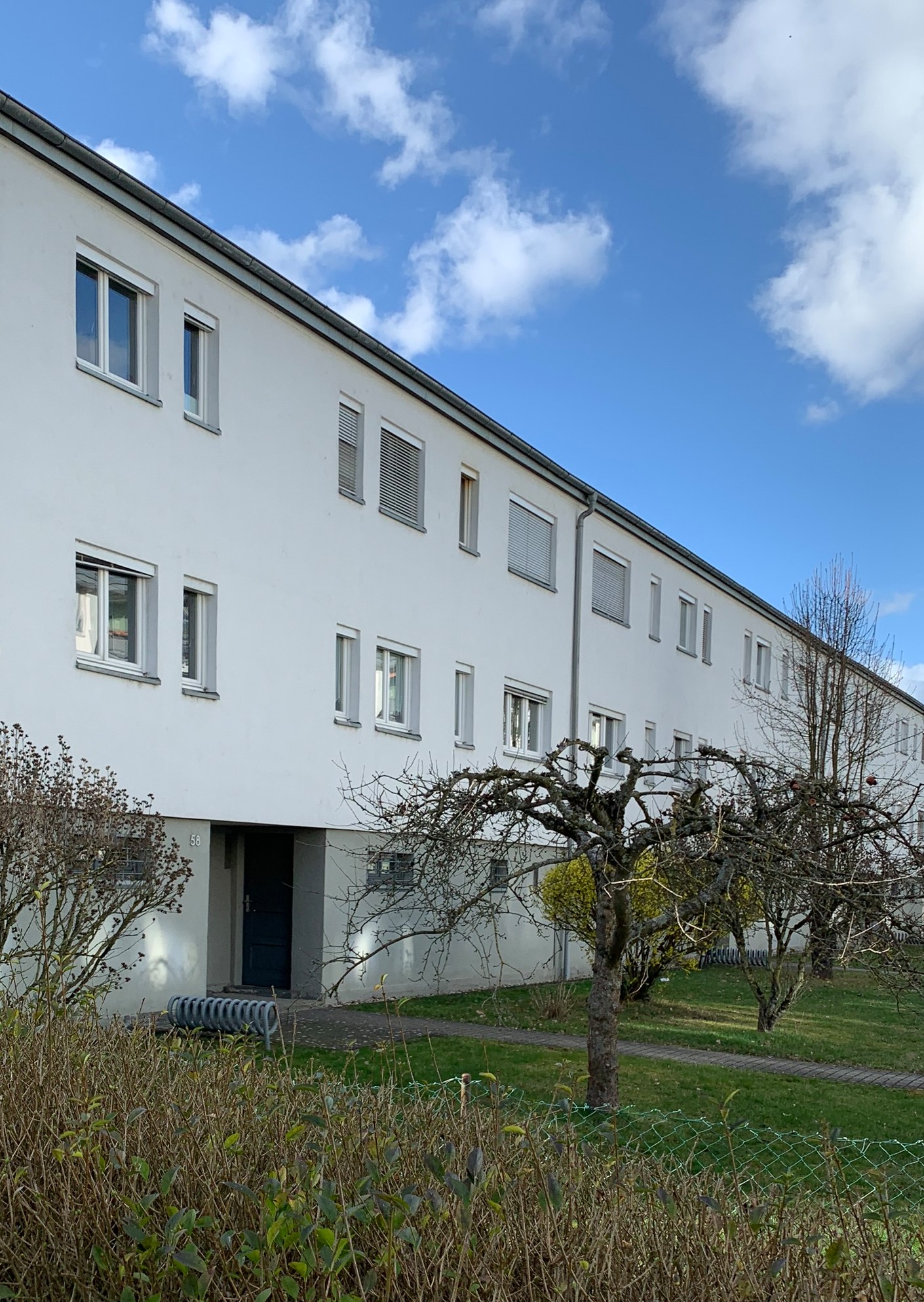