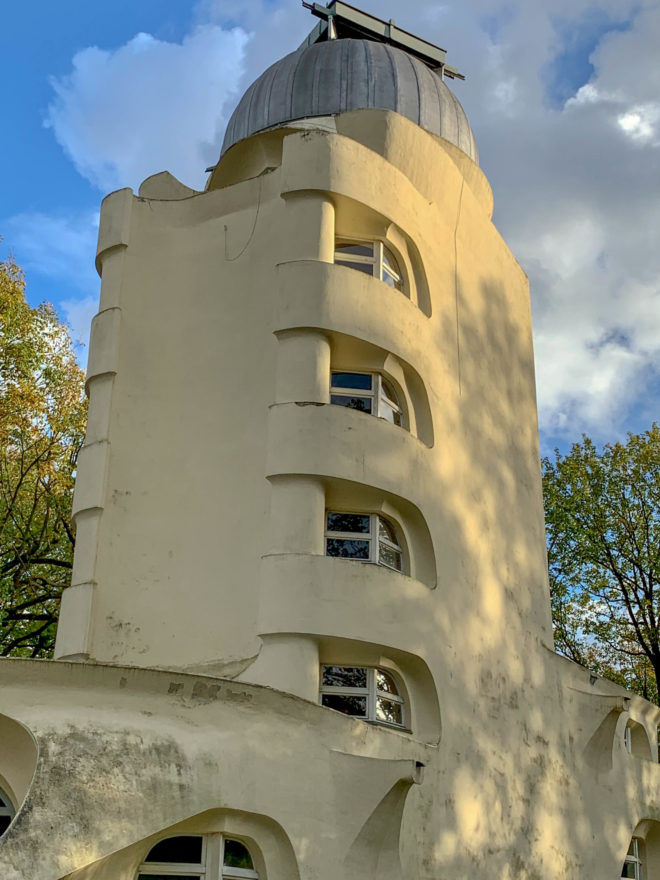 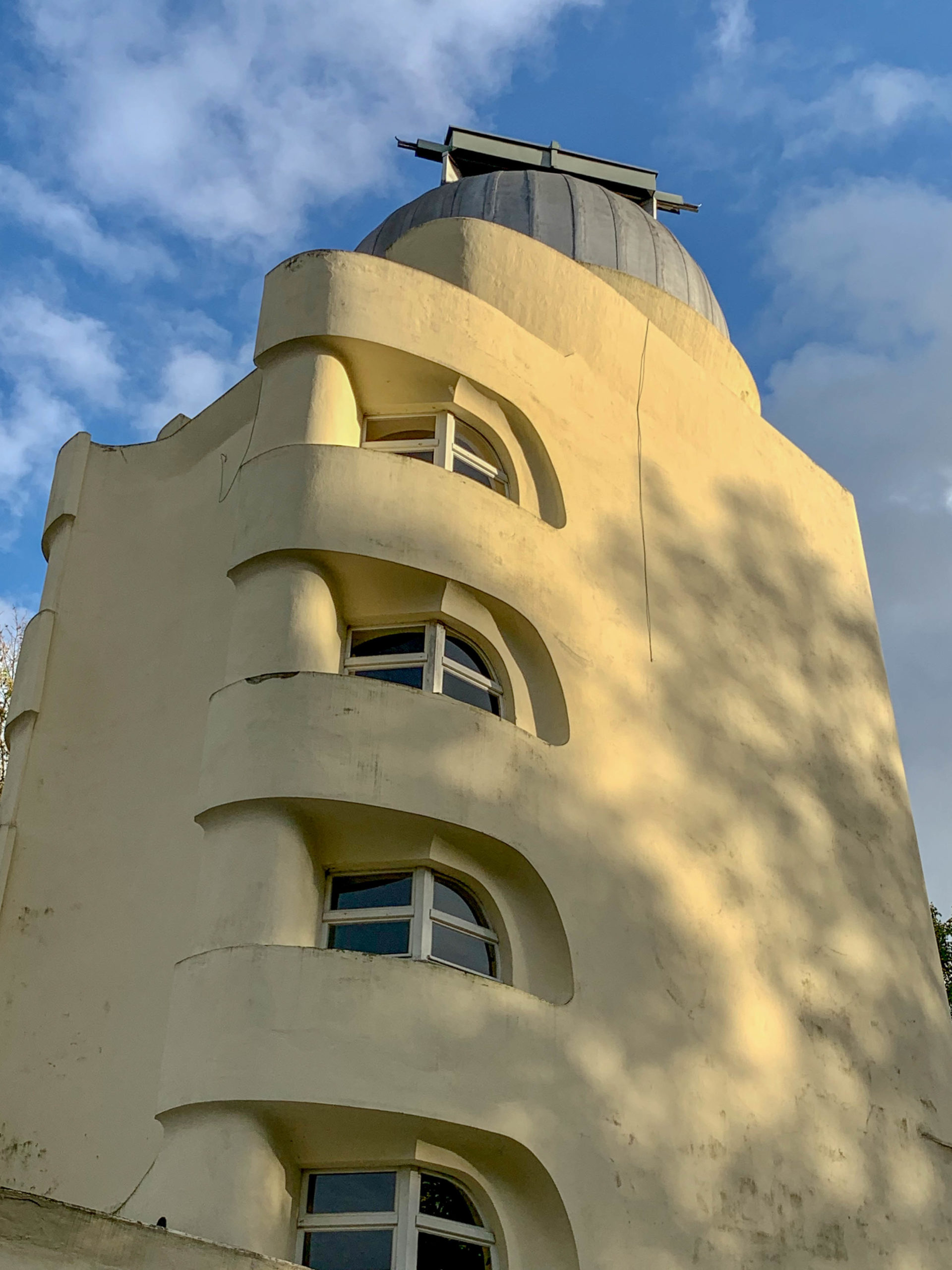 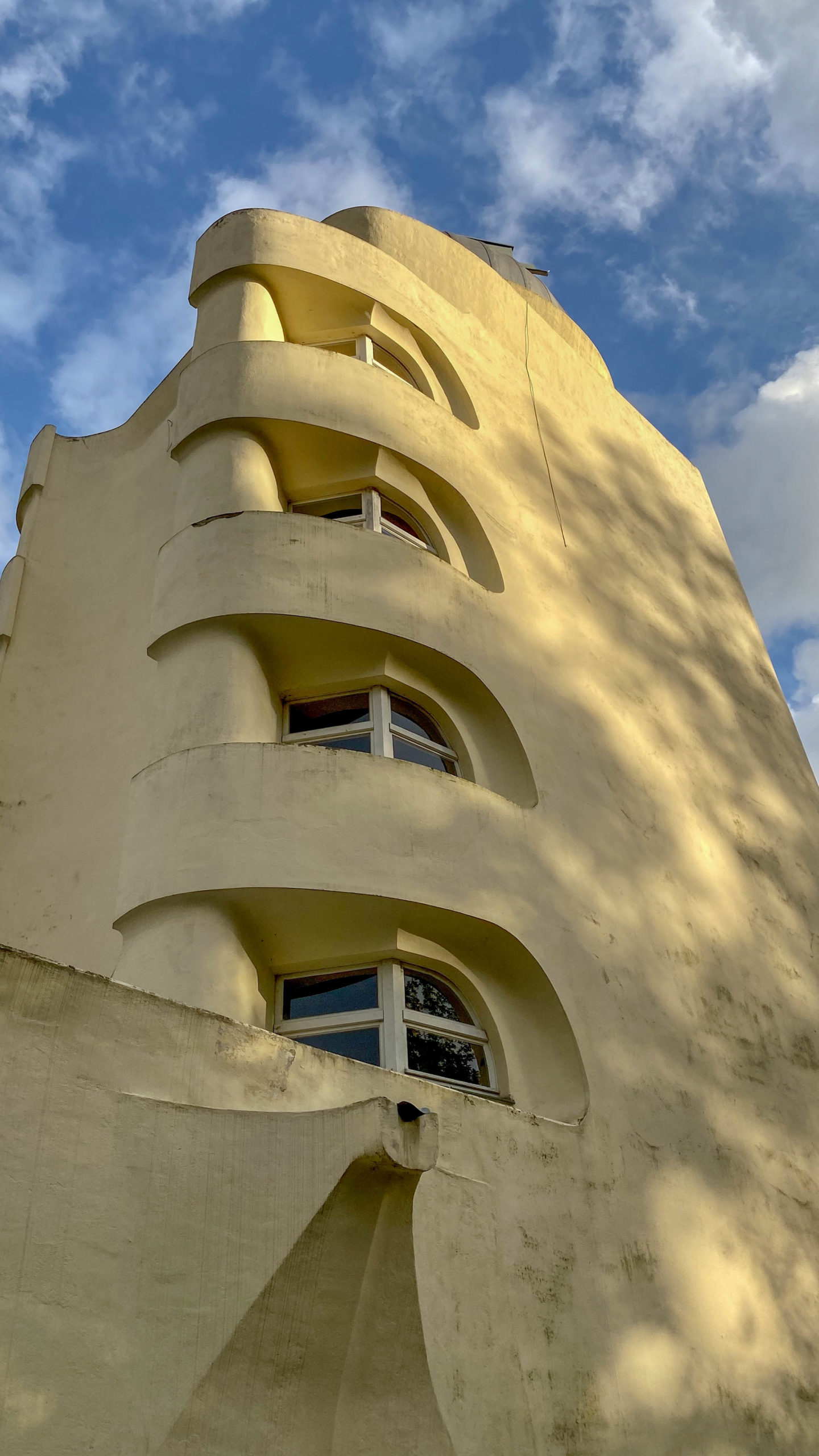 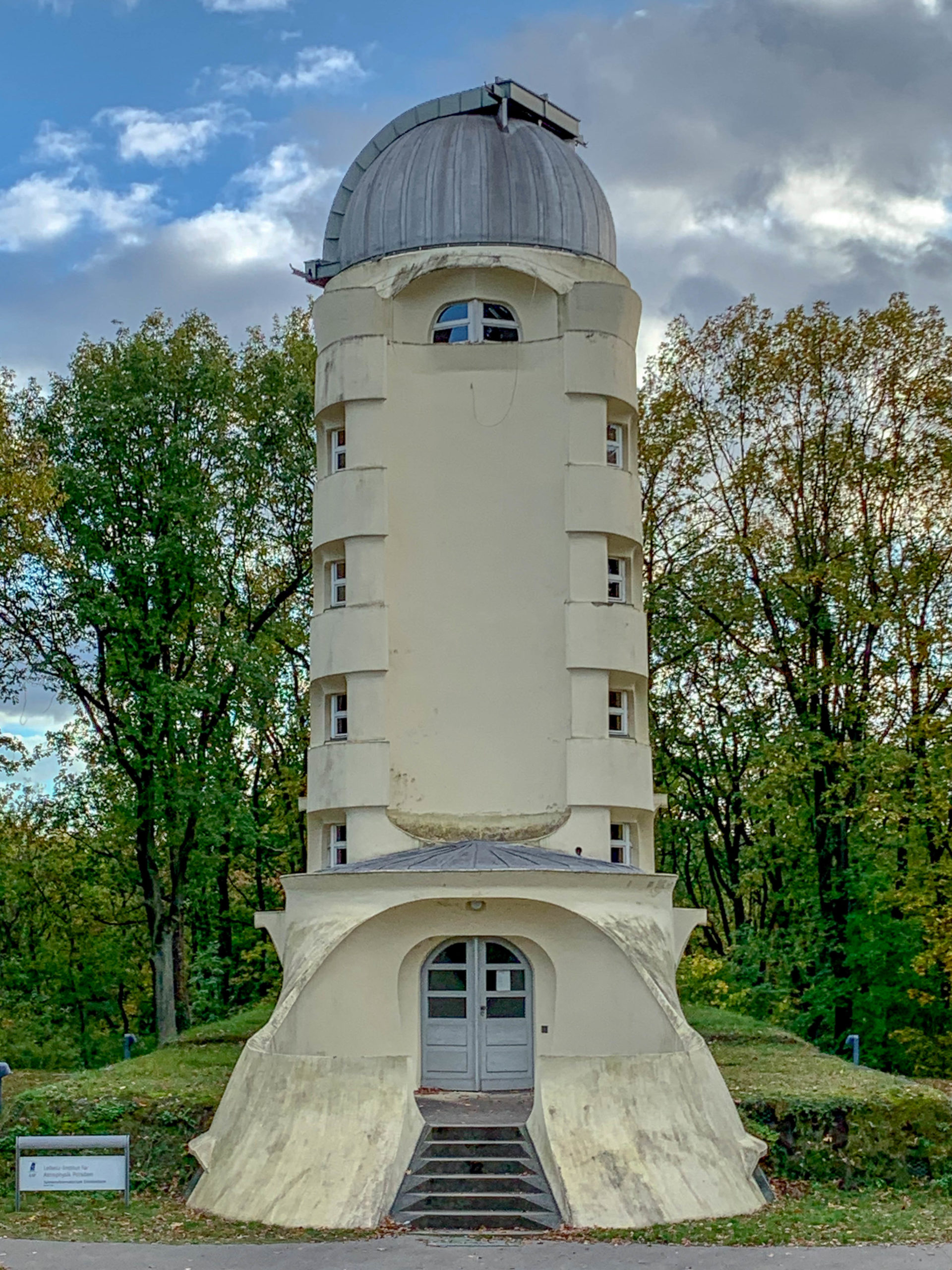 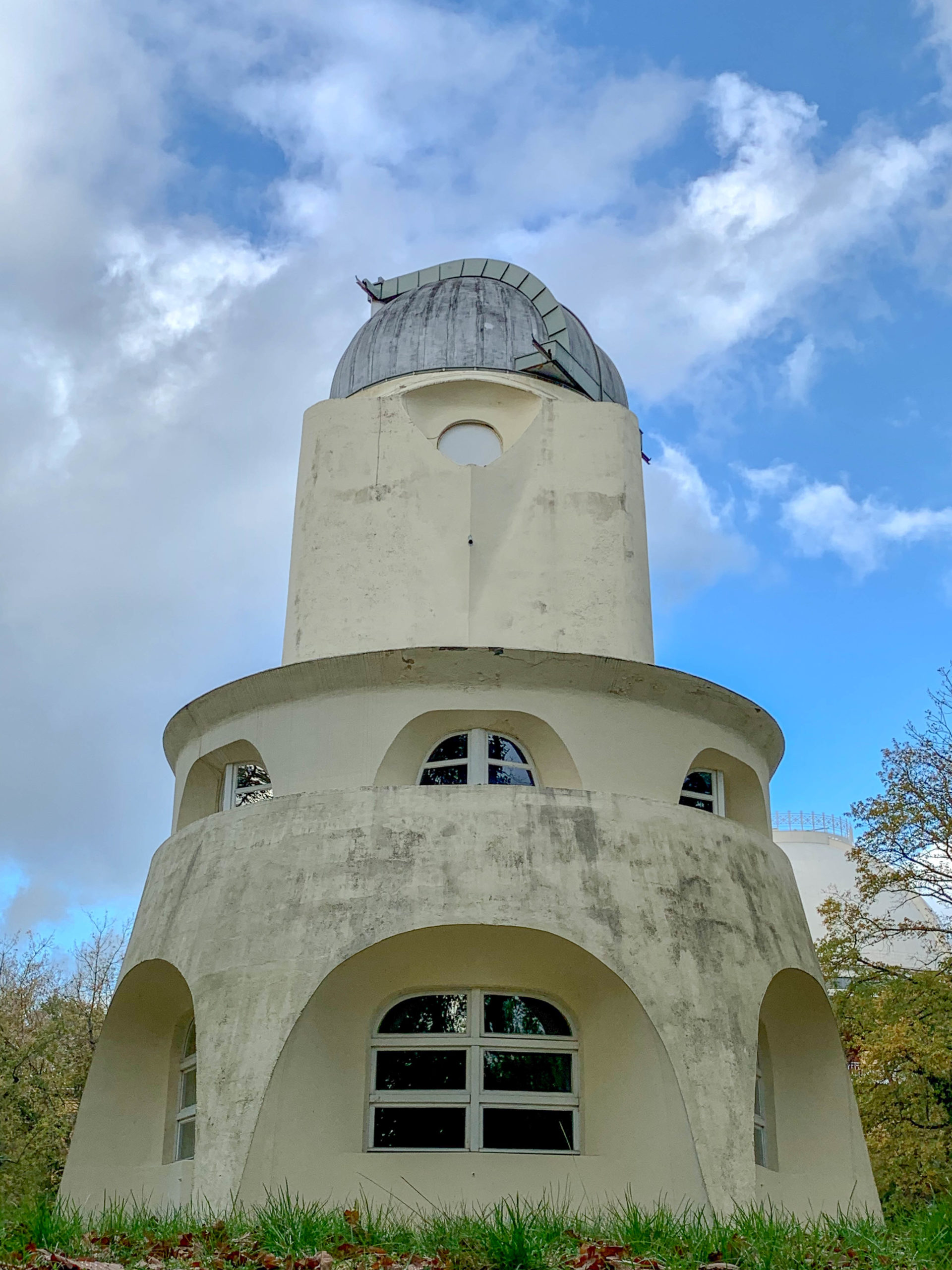 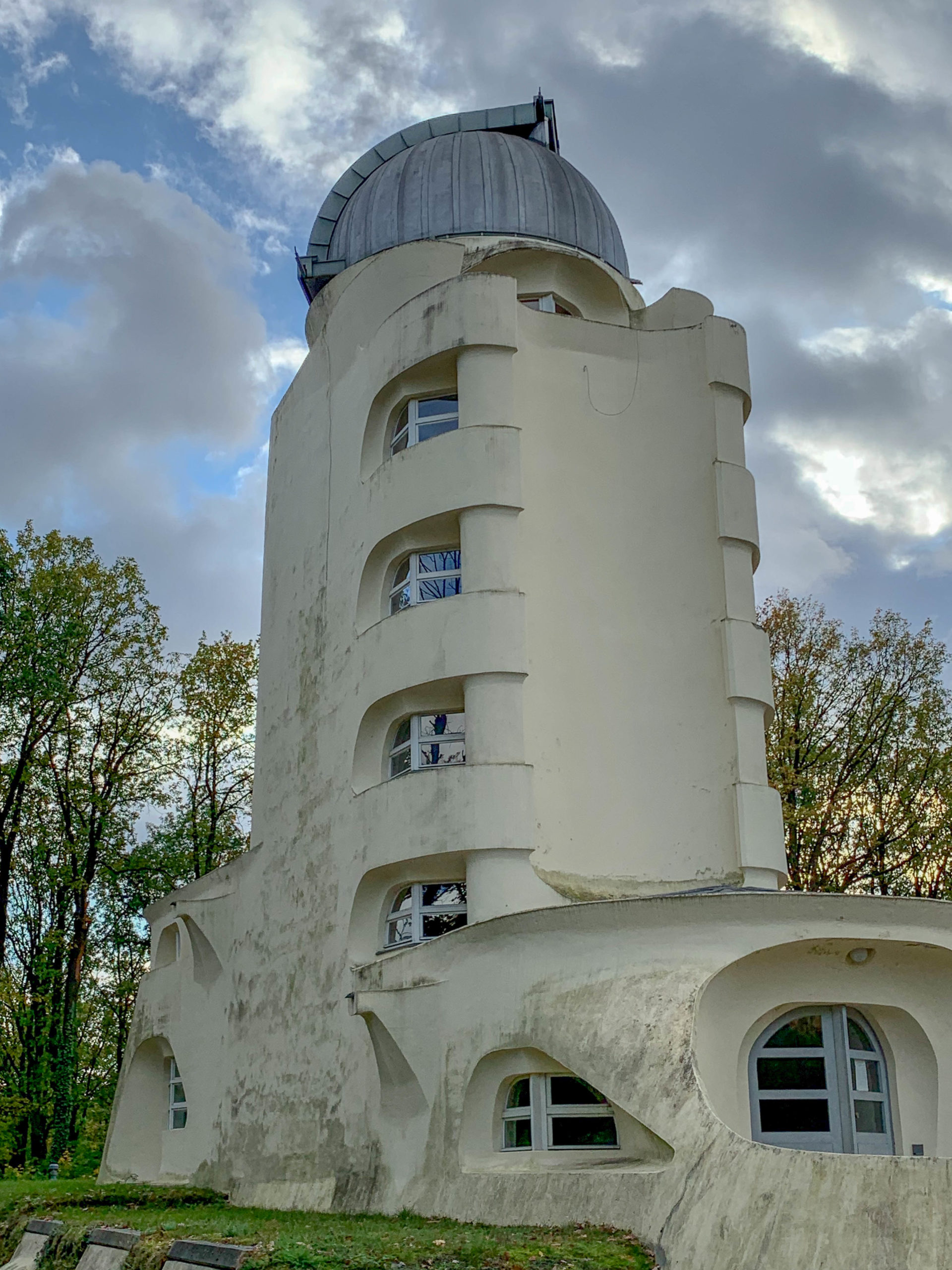 The Einstein Tower is an obser­vatory built between 1919 and 1924 according to plans by Erich Mendelsohn on the Telegrafenberg in Potsdam. The tower telescope is operated by the Leibniz Institute for Astrophysics Potsdam.

The Einstein Tower was commis­sioned by the Einstein Foundation for spectral analy­tical research – especially the proof of relativity – and was put into operation in 1924.

Inside the building, sunlight is directed through a system of mirrors down to the basement, where spectro­graphs break it down into its color components.

The shift in the red spectrum was supposed to provide proof of general relativity. However, this proof was not successful.

Spectral analysis did, however, provide new insights into physical processes in the outermost layers of the sun; for example, cosmic magnetic fields could be measured in sunspots.

While Albert Einstein was working on his general theory of relativity between 1911 and 1915, he challenged the astro­no­mical community to test his predic­tions experimentally.

Erwin Finlay Freundlich was one of the first scien­tists to take up the challenge.

He was an astro­phy­sicist at the obser­vatory in Babelsberg near Potsdam and had known Einstein since 1911.

Since 1917, in consul­tation with Einstein, he had been planning an obser­vatory that would meet the special requirements.

Freundlich maintained close personal contacts with the architect Erich Mendelsohn. He briefed him exten­sively on the develo­pment of general relativity and interested him in the design of the observatory.

The construction of the Einstein Tower was financed by an appeal for donations to German indus­tria­lists, which had appeared in all German daily newspapers in 1919 and had pointed out the strained financial situation of German research.

A large part of the 500,000 Reichsmark needed was donated just one year after the appeal.

With this basic endowment of the so-called Albert Einstein Foundation of German Industry, the Prussian state could be convinced of the necessity of the investment.

The first concrete designs by Erich Mendelsohn were drawn up in 1919. The construction period lasted until 1922, and the lengthy instal­lation of the scien­tific equipment was not completed until 1924.

The institute officially began opera­tions on December 6, 1924. Einstein himself presided over the first meeting of the Board of Trustees in the observatory’s workroom.

Mendelsohn had built the obser­vatory in a mixed construction.

The dome crown, the outer walls of the annexes, terrace and terrace stairs are made of concrete.

The tower itself is made of brick masonry, as are the roofs over the annexes.

Soon after its completion, the building revealed numerous defects. Essentially, the problem was that the structure was made of brick and then covered with a thin outer skin of concrete plaster. Numerous cracks soon began to form.

In the early 1990s, the existence of the building seemed to be threatened.

Extensive inves­ti­ga­tions and mapping of the damaged areas were followed by the most thorough resto­ration to date between 1997 and 1999. Care was taken to preserve as much of the original substance as possible.

The architect Richard Neutra, who was employed by Mendelsohn at the time, designed the open spaces around the tower. 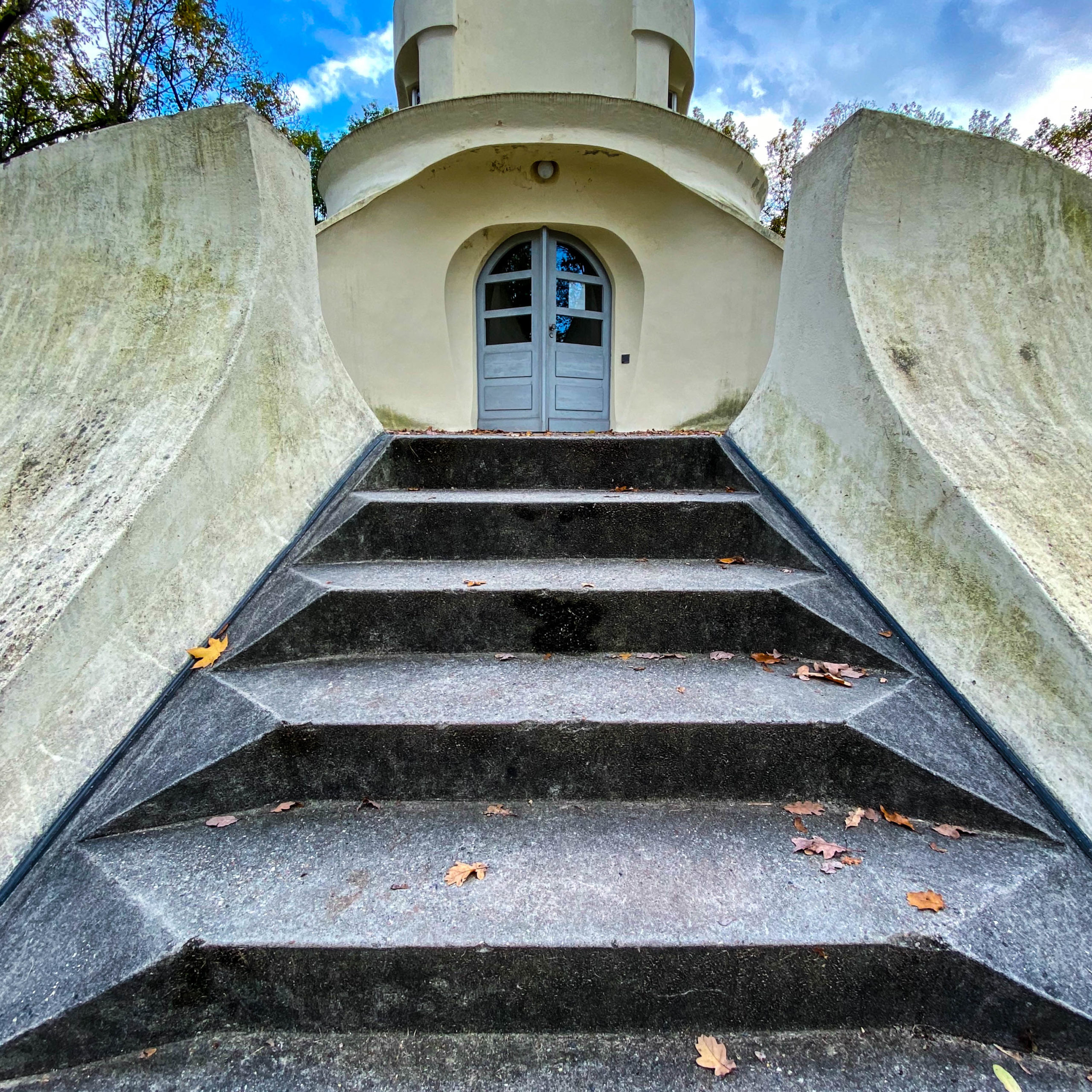 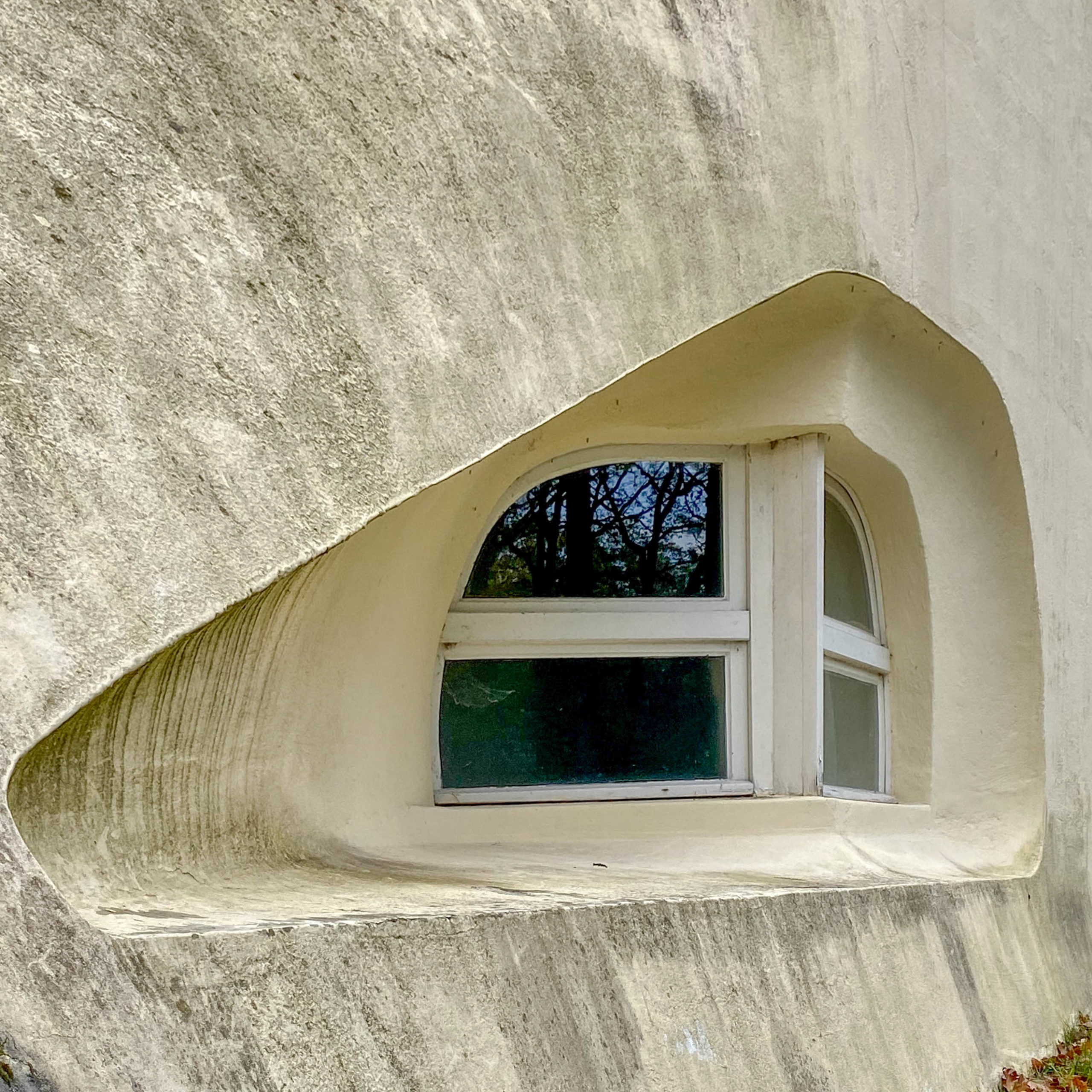 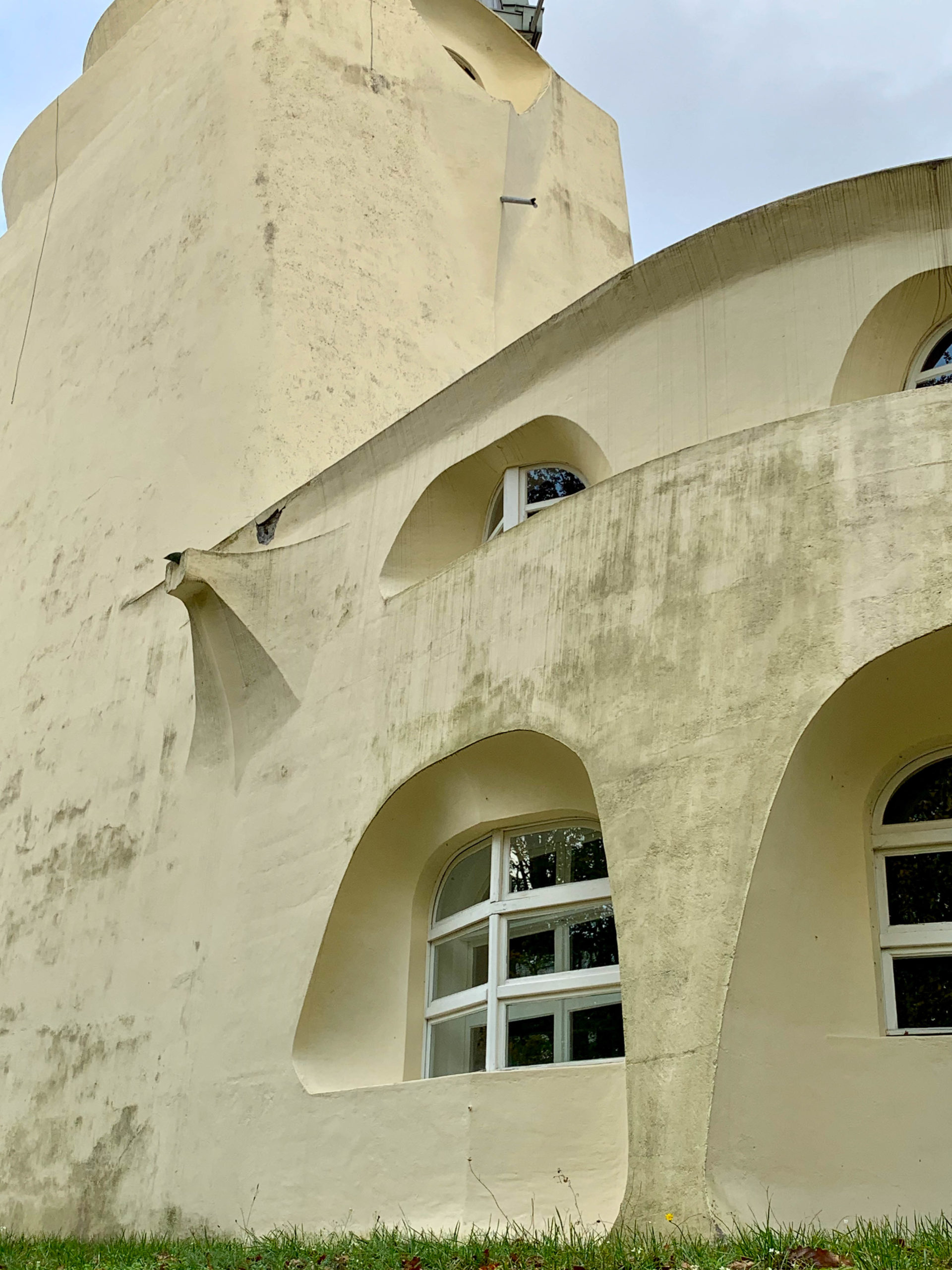 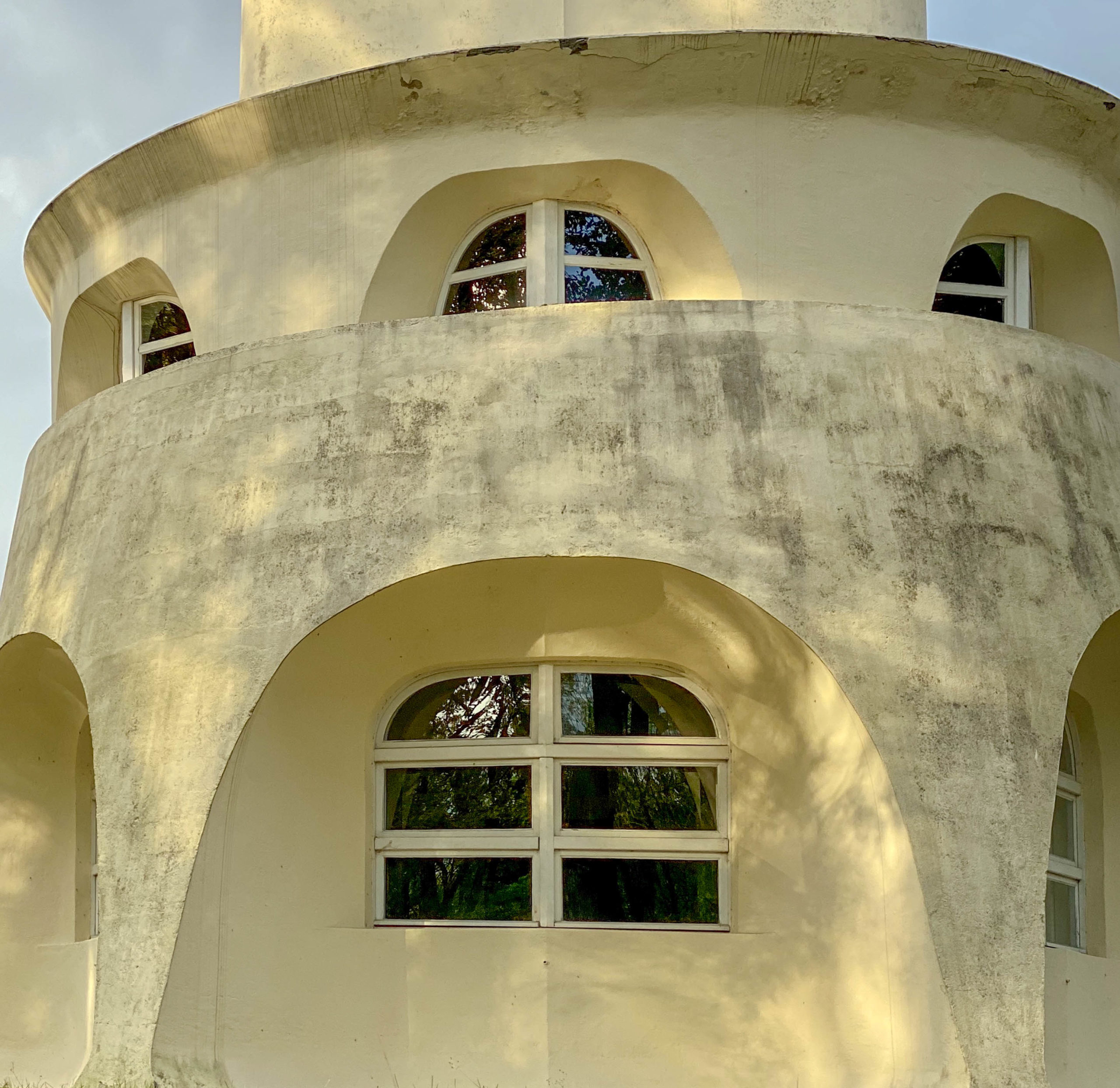