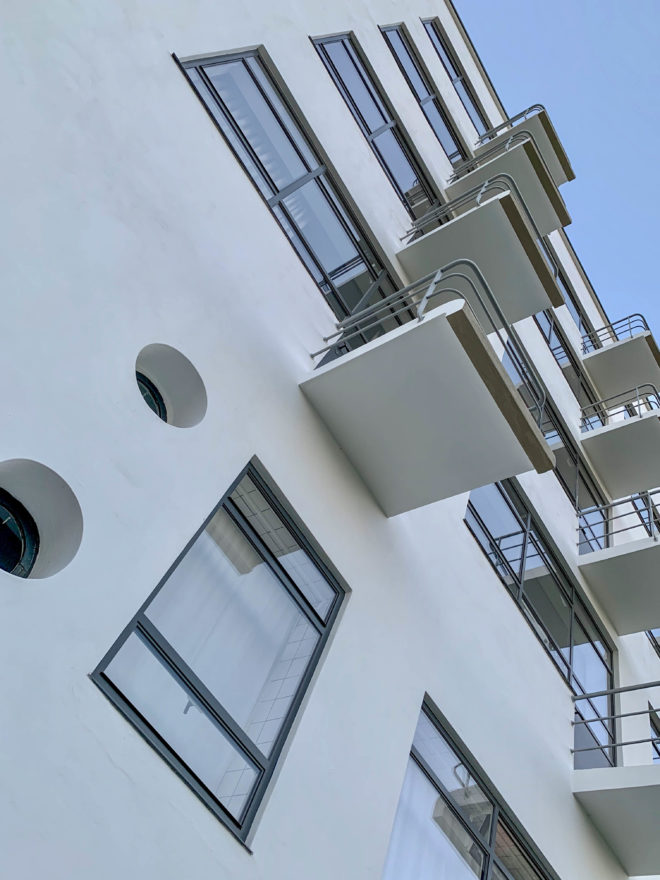 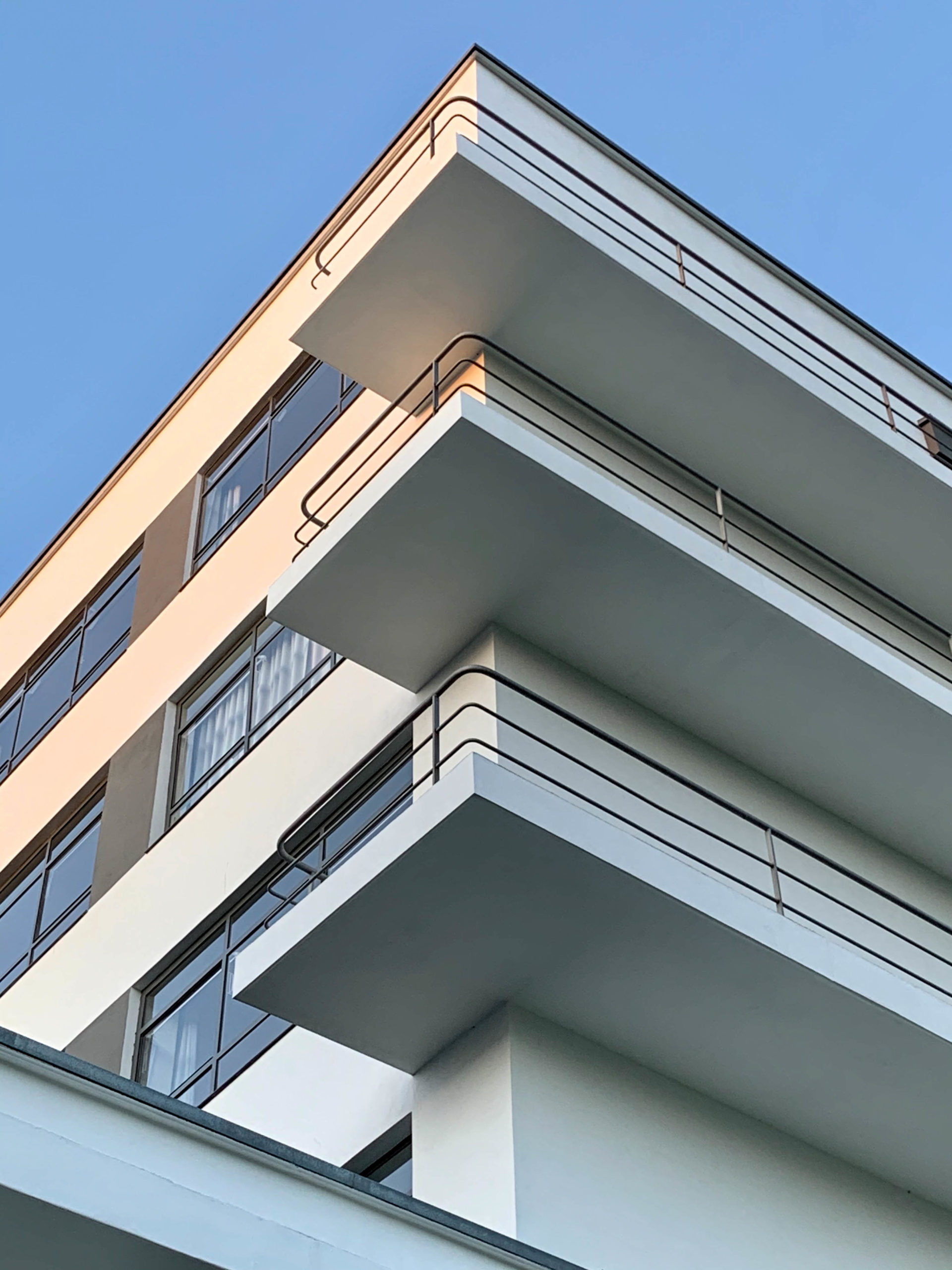 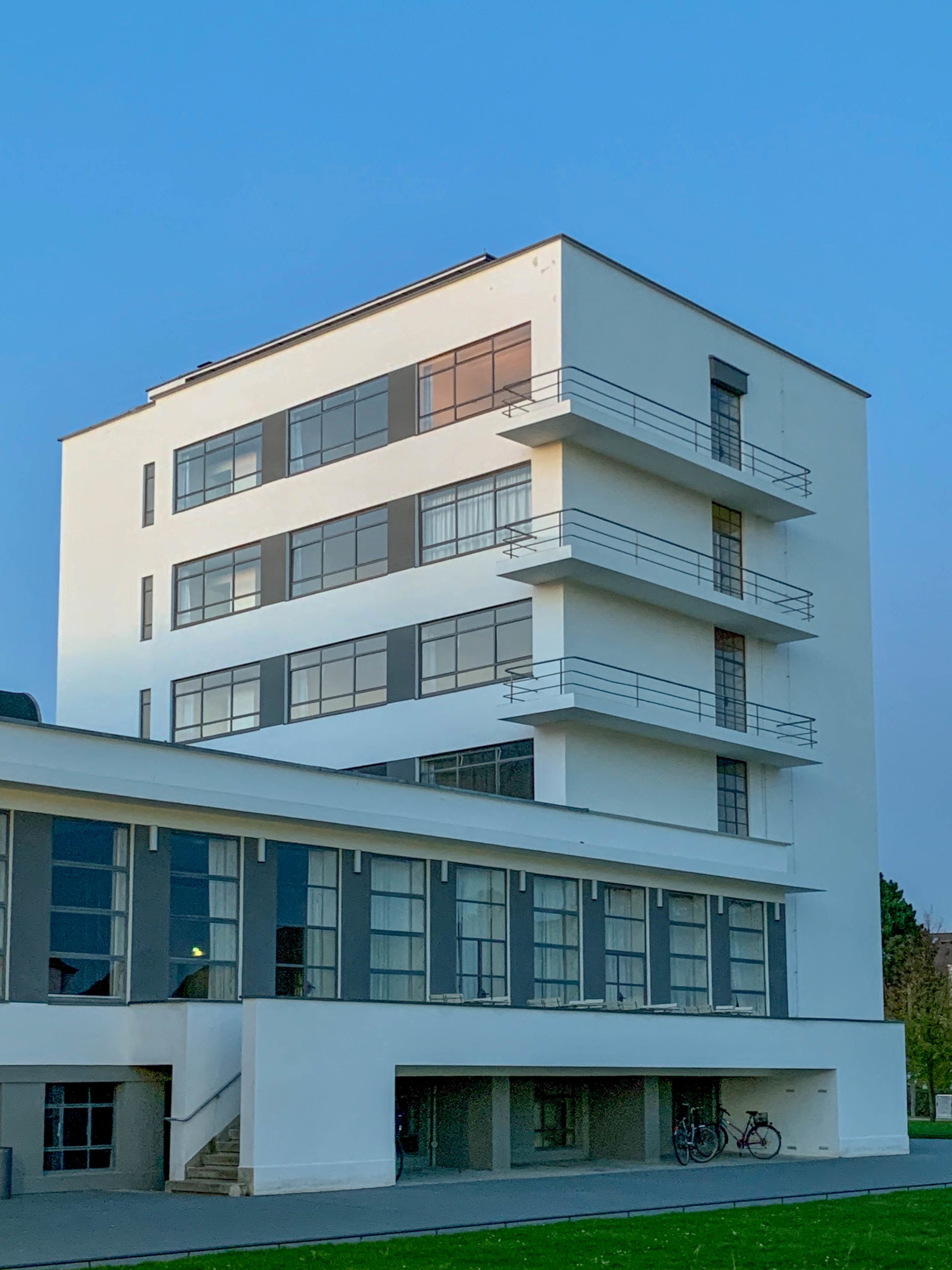 The five-story studio building, known as the Prellerhaus, housed the 28 residential apart­ments of the students and young masters of the Bauhaus.

The name of the building was taken from the studio building of the same name in Weimar when the Bauhaus moved there. This is named after its builder, the painter Louis Preller.

In the 28 studio rooms of the Bauhaus building, which was completed in 1926 according to plans by Walter Gropius, a number of the most famous perso­na­lities of the Bauhaus epoch lived and worked in an area of around 24 m² each, including Josef Albers, Erich Consemüller, Herbert Bayer, Franz Ehrlich, Walter Peterhans, Hannes Meyer, Joost Schmidt and Marcel Breuer.

The combi­nation of living and working in one room had already proven successful in the Prellerhaus in Weimar, and so Gropius also planned such a studio building with living facilities at the new location in Dessau.

The building thus became the first student dormitory in Germany to be integrated into his university.

At an affordable price of 20 Reichsmarks per month, cleaning and gas included, the students received over 20 square meters of living-working space, wall-width windows, washing facilities with hot and cold running water.

In addition, there was a bed niche with a coverlet from the Bauhaus’s own weaving mill (the so-called Prellerdecke by Gunta Stölzl), a built-in wardrobe and modern furniture from the Bauhaus workshops.

There were 7 studios on each floor and a communal kitchen along a central corridor. The studios on the east side each had a small projecting balcony with a low parapet; on the south side was a wrap-around balcony acces­sible from the kitchen.

The basement of the house had showers and bathrooms, locker rooms, a gymnasium, and laundry facilities.

The roof of the Prellerhaus was acces­sible and available as an area for gymnastic exercises.

All floors were connected to the kitchen on the first floor by a dumbwaiter.

Each floor had been assigned a color by Hinnerk Scheper: The lower, blue floor was intended for female weaving students; the two middle floors (red and yellow) were occupied by students from the other workshops and painting classes; archi­tecture students moved into the top, white floor.

In 1930, Ludwig Mies van der Rohe had some of the studios converted into large class­rooms where Josef Albers and Wassily Kandinsky taught.

During the GDR period, when the Bauhaus housed the educa­tional center of the Office of Industrial Design, one room on each floor in the Prellerhaus was converted into a shower room.

In 2006, the house was renovated according to the original plans and has since been available for overnight stays. 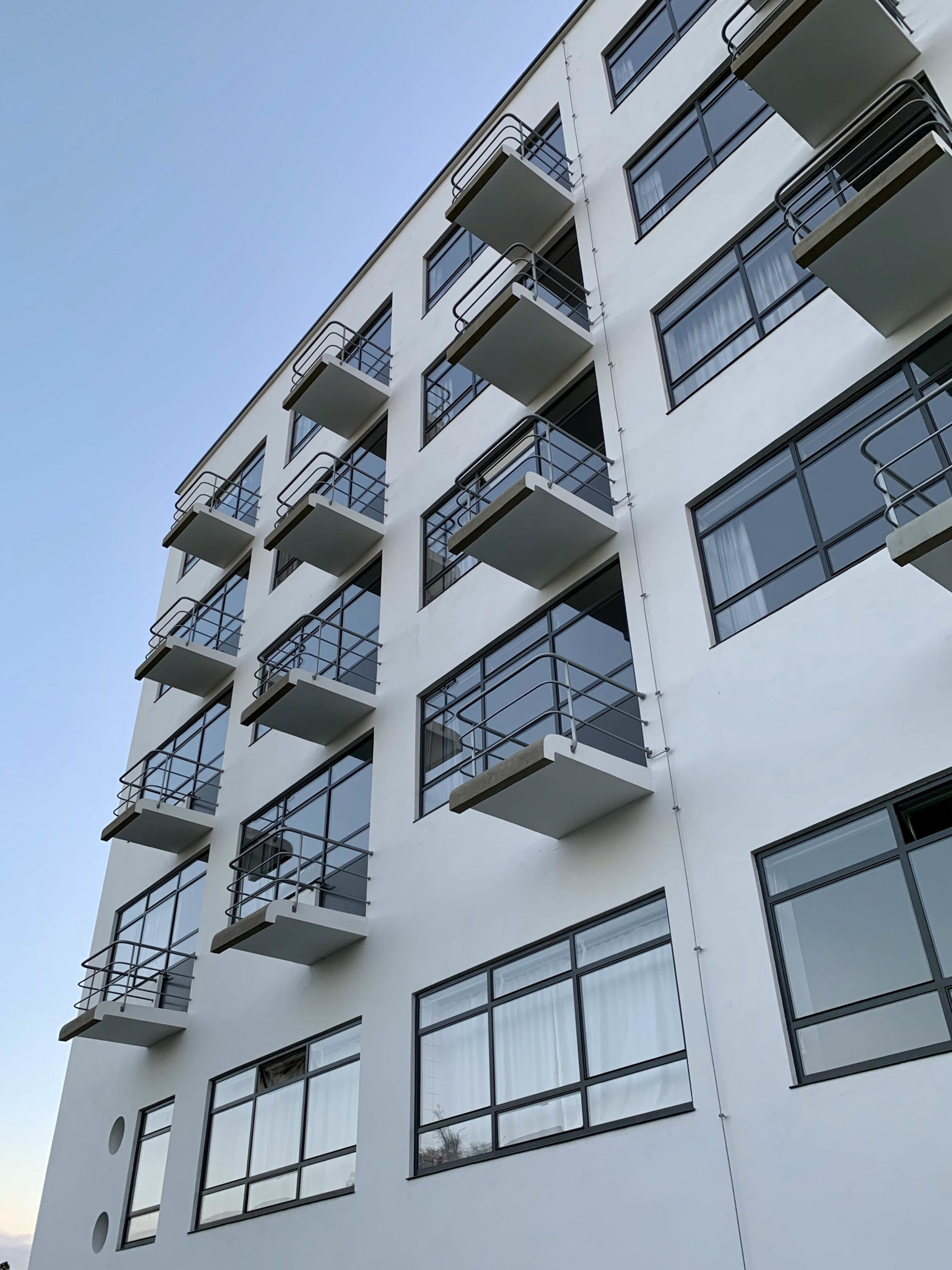 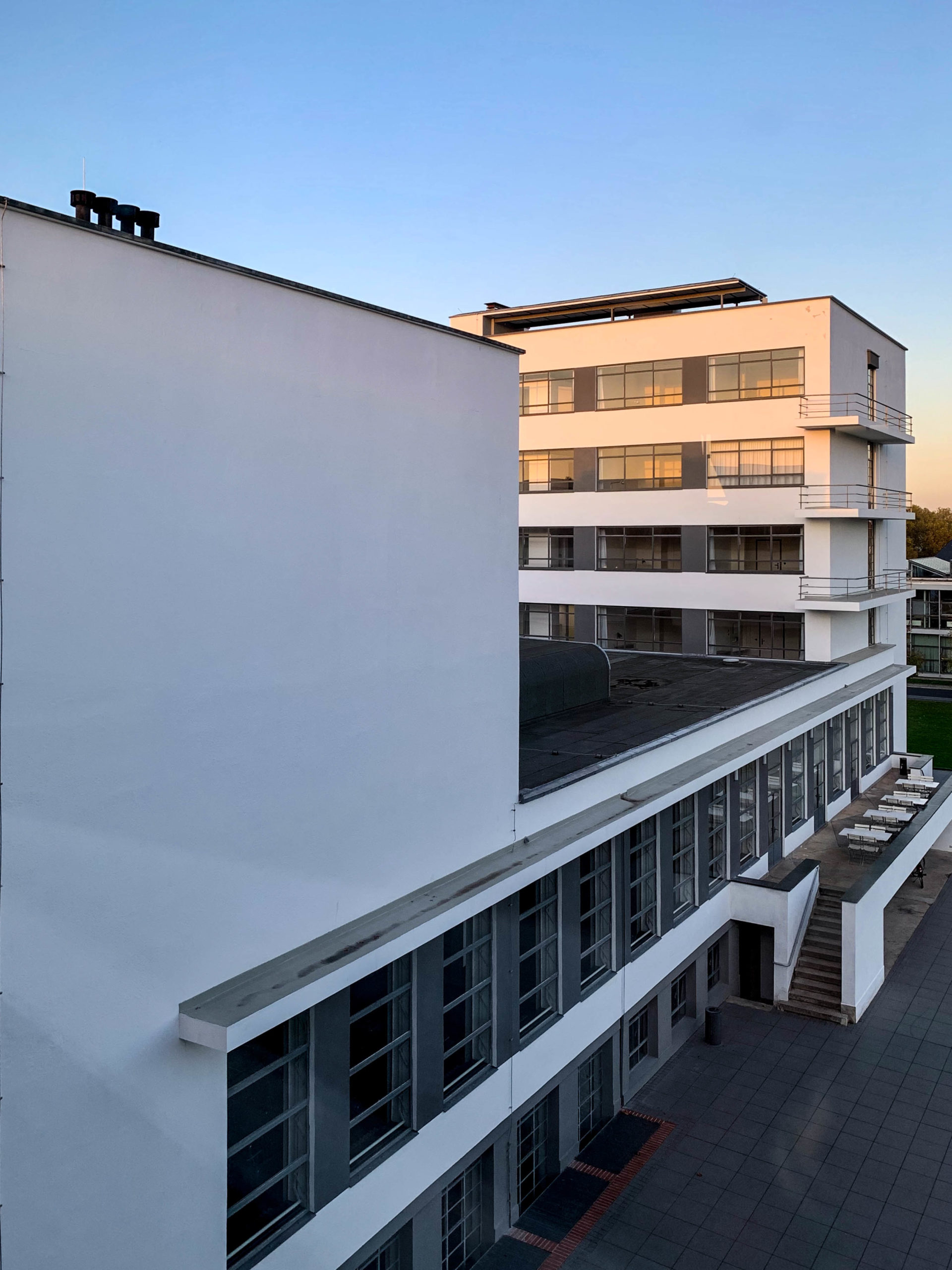