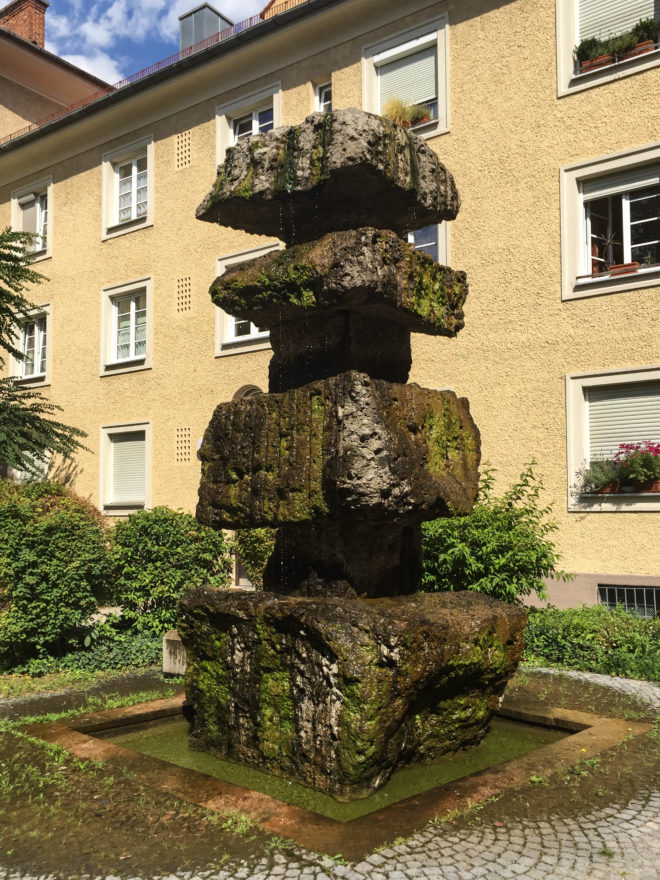 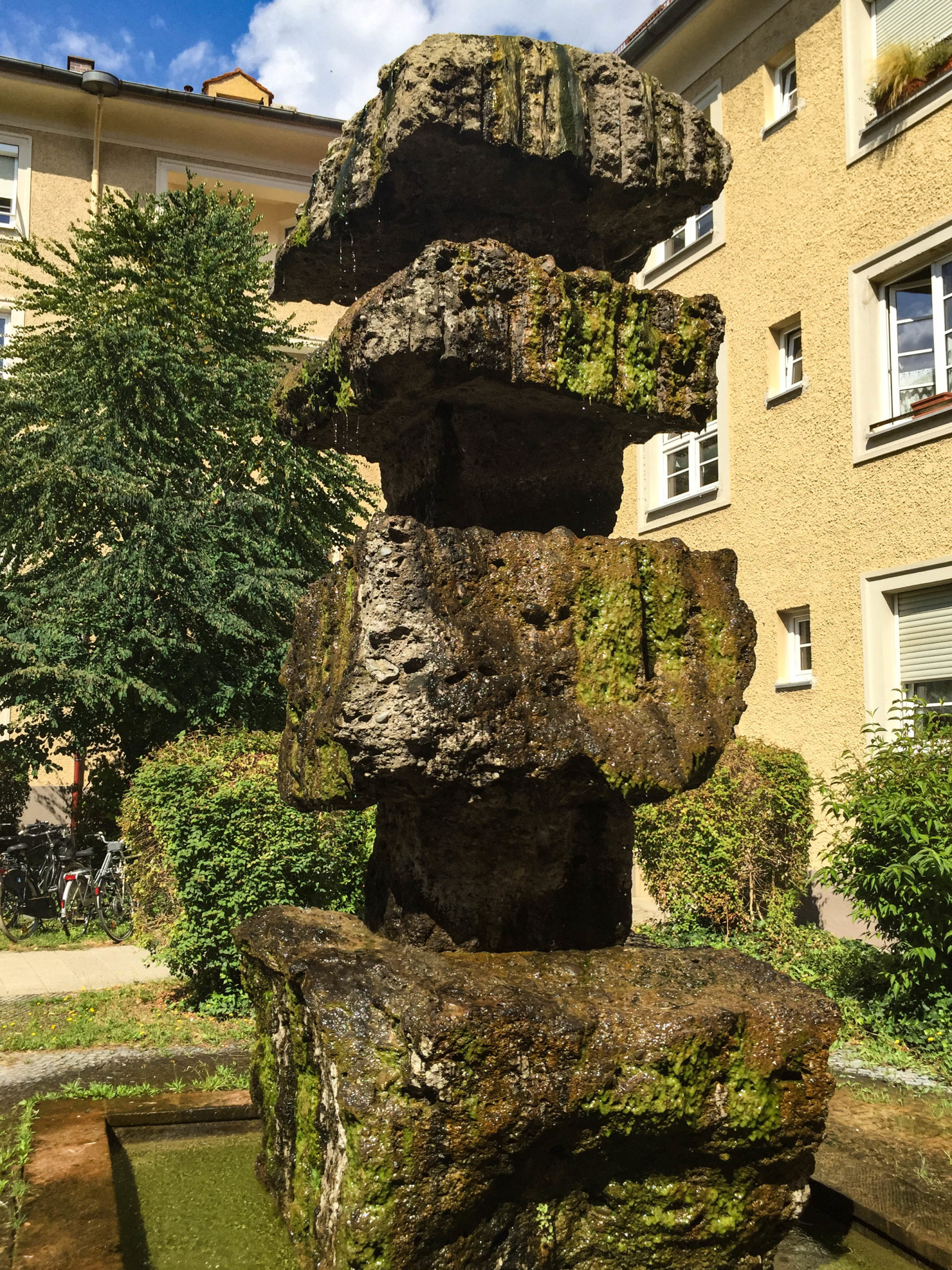 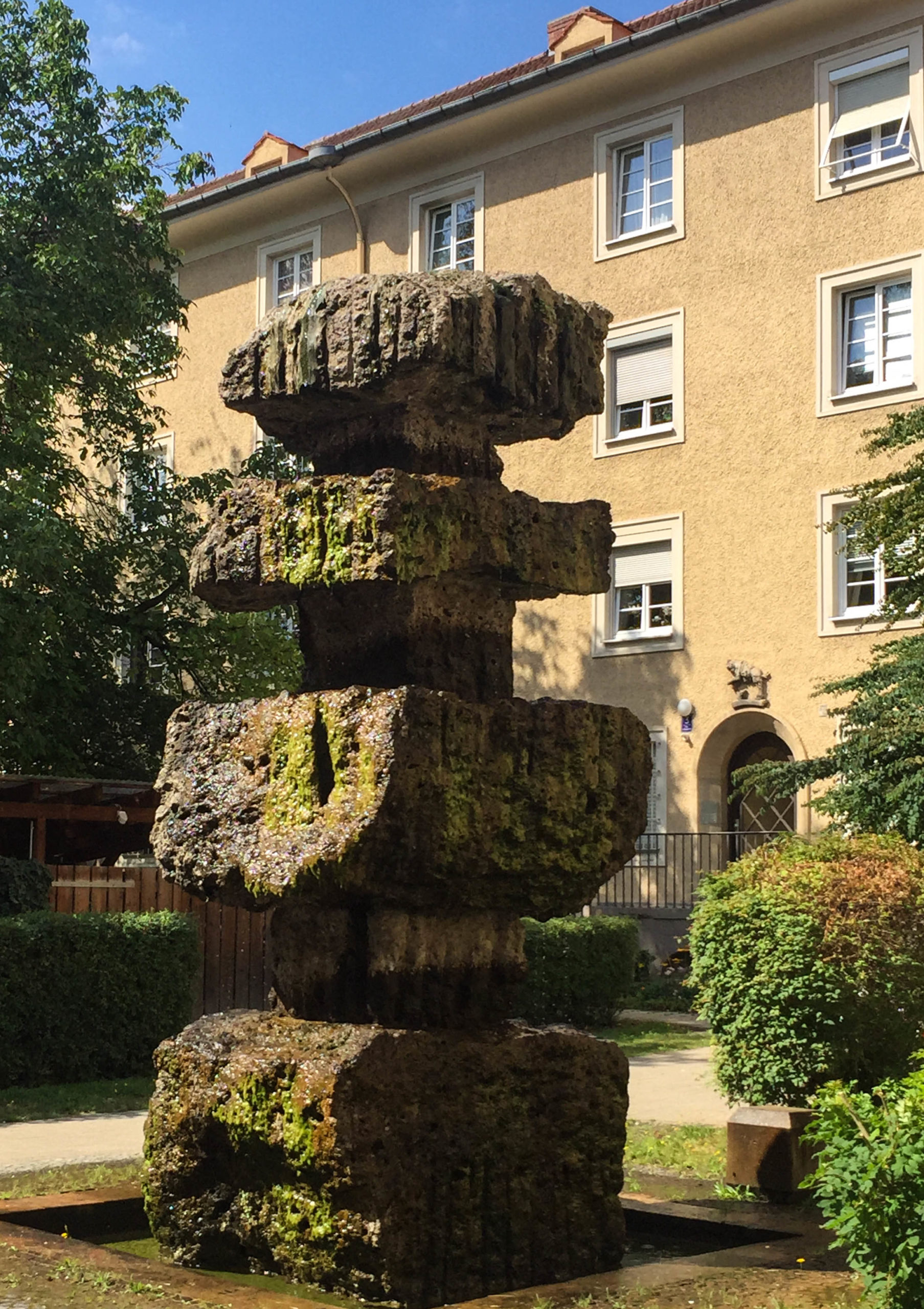 Since 1928, the abstract work of sculptor Karl Knappe has stood in Max-Gruber-Strasse in Munich-Schwabing.

The Stone Tree, a fountain sculpture, six meters high and made of Brannenburg Nagelfluh, is intended to comme­morate the achie­ve­ments of Max von Gruber, a senior medical councilor and professor of hygiene and bacte­riology at the Ludwig Maximilian University in Munich.

The sculpture was financed and commis­sioned by the Verein für Verbesserung der Wohnungsverhältnisse in München e.V. (Association for the Improvement of Housing Conditions in Munich).

Since the mid-1920s, the reliefs for the war memorial in the Hofgarten as well as the brick cuts on the facade of the Ledigenheim had been created in Munich according to designs by Karl Knappe.

In 1930 Knappe was appointed professor of sculpture at the Technical University in Munich.

In 1933, despite strong protests from his students, he was removed from office on charges of so-called cultural Bolshevism.

The fountain sculpture was also to be removed, but since the city did not own it, the procee­dings remained fruitless.

The Stone Tree stands in a square water basin in a courtyard surrounded by residential buildings.

A square, raw Nagelfluh cube supports a Nagelfluh trunk, on which plates of different sizes symbolize the branches of the tree.

In a monograph on Karl Knappe published in 1929, author Otto Fischer empha­sizes the work’s affiliation with Cubism.

The water trickling over the sculpture and the resulting slowly developing vegetation on the stones meant for Knappe an expansion of the concept of sculpture in the direction of a temporal dimension. 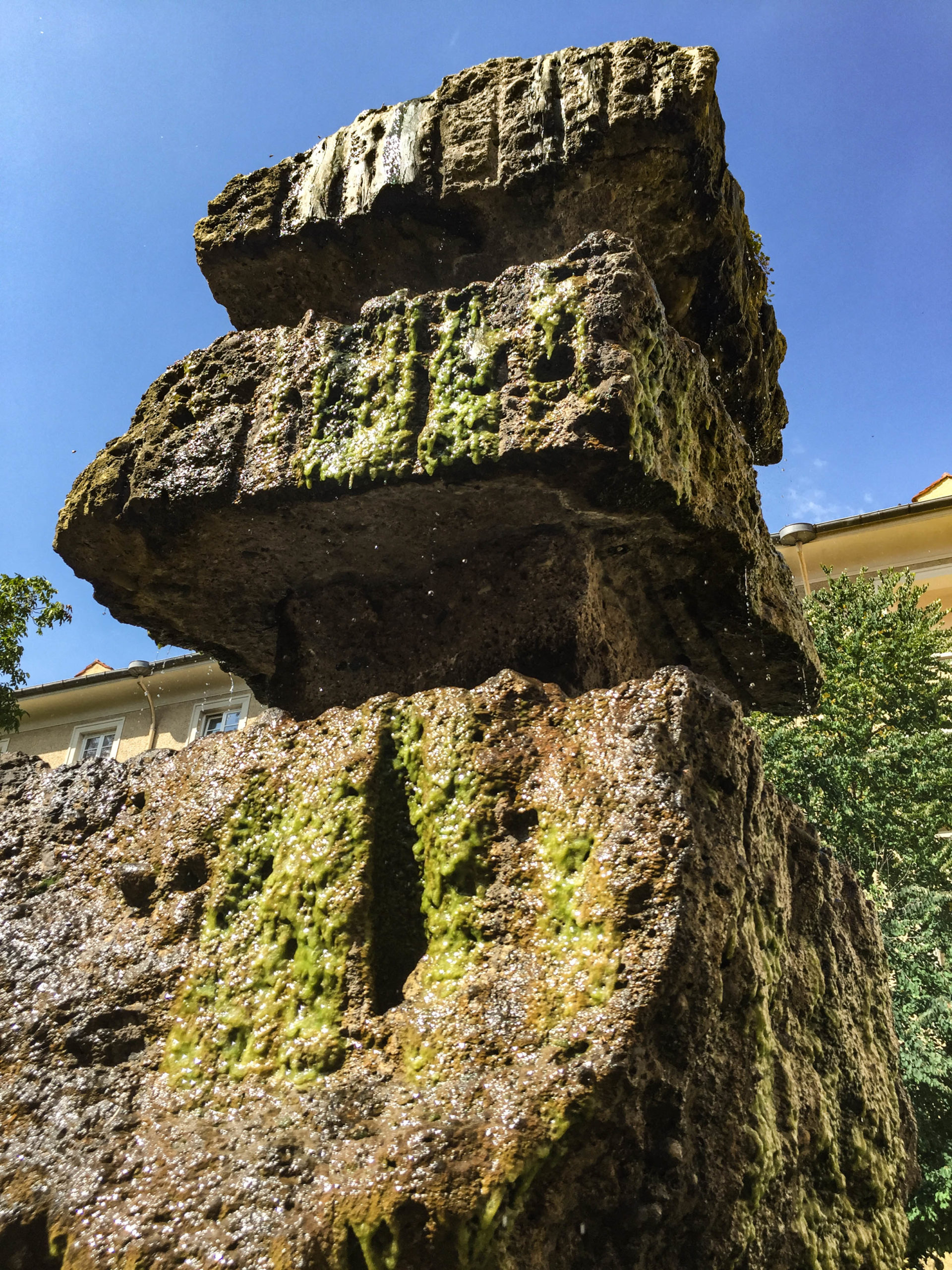 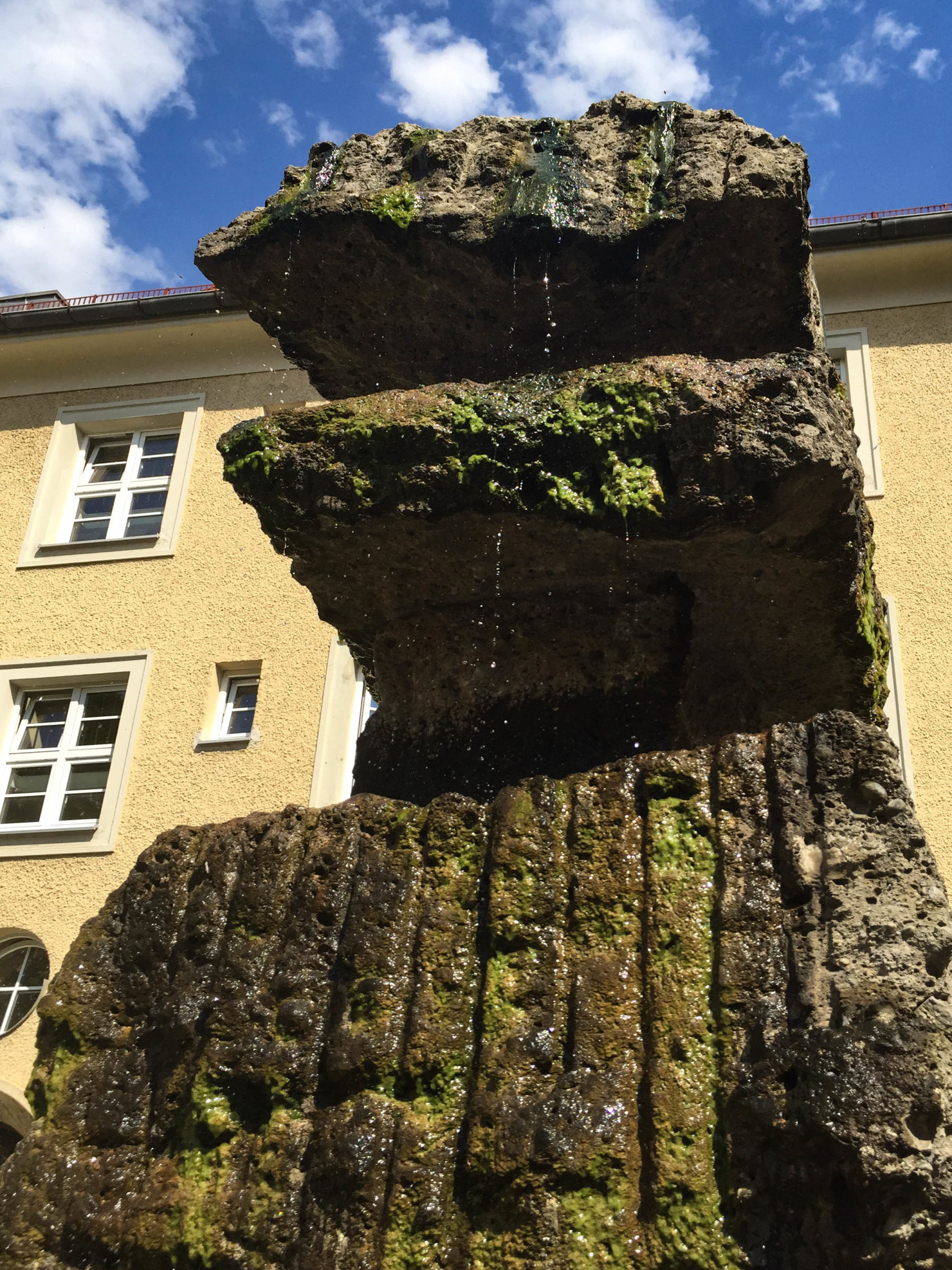 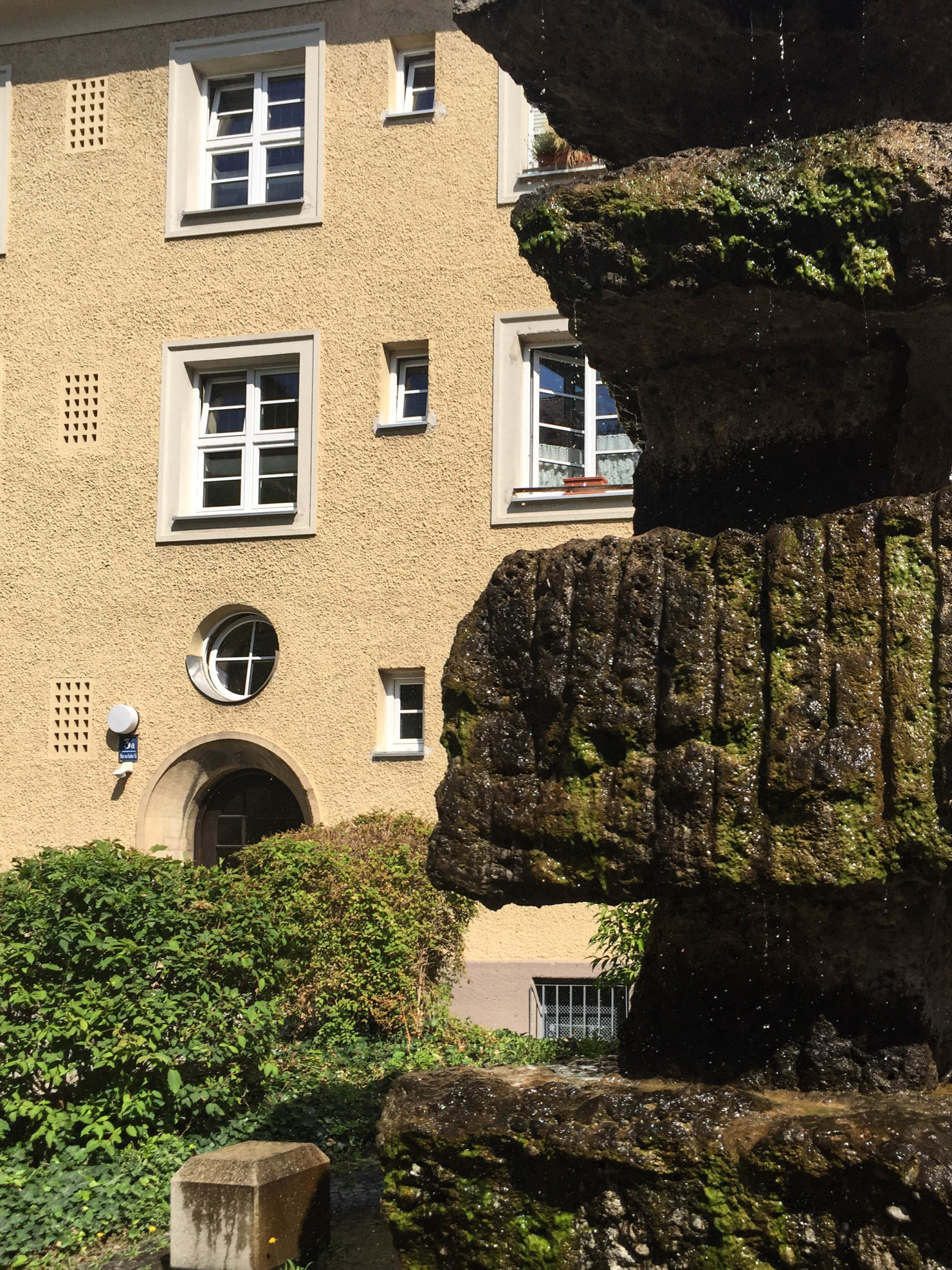