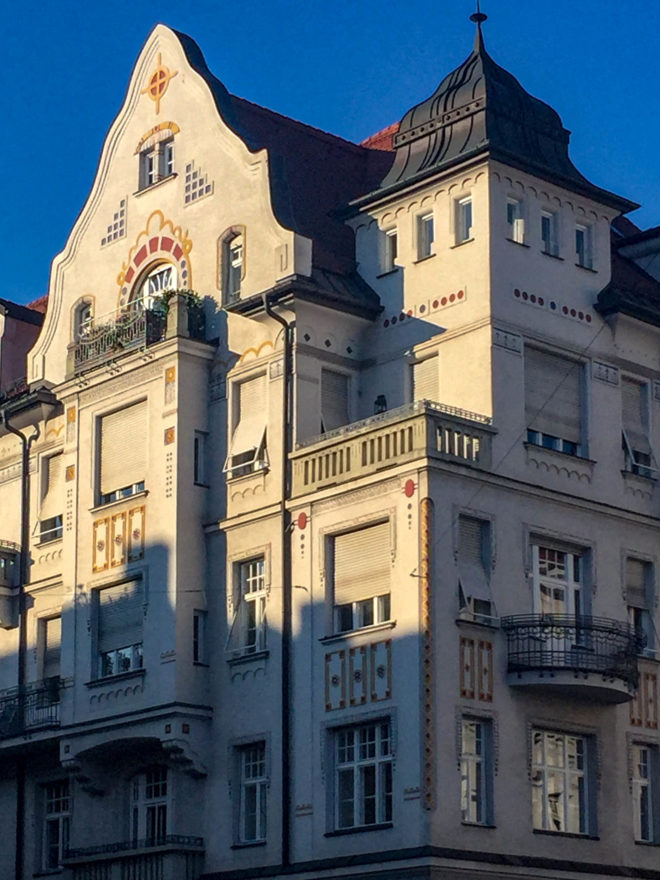 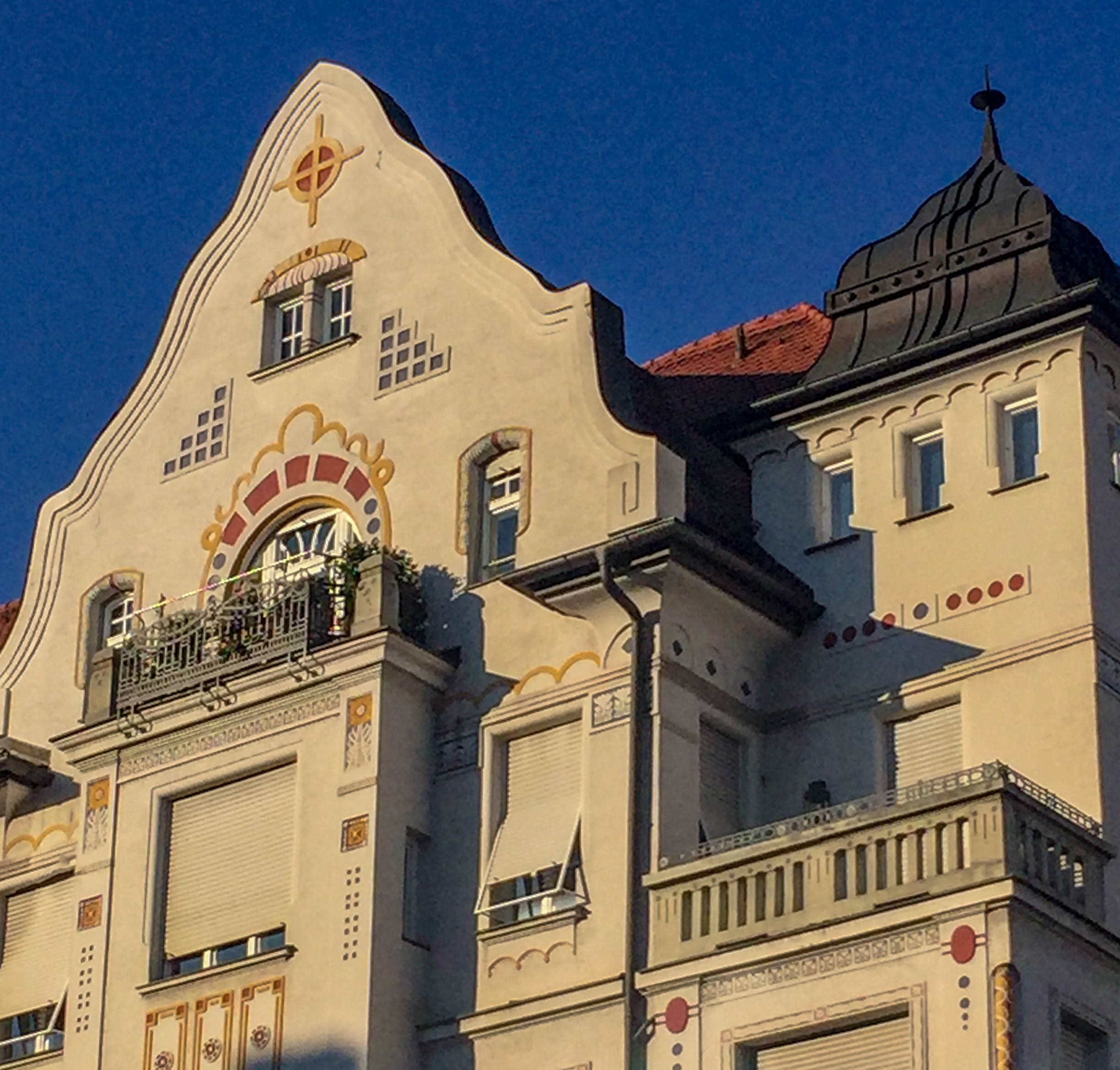 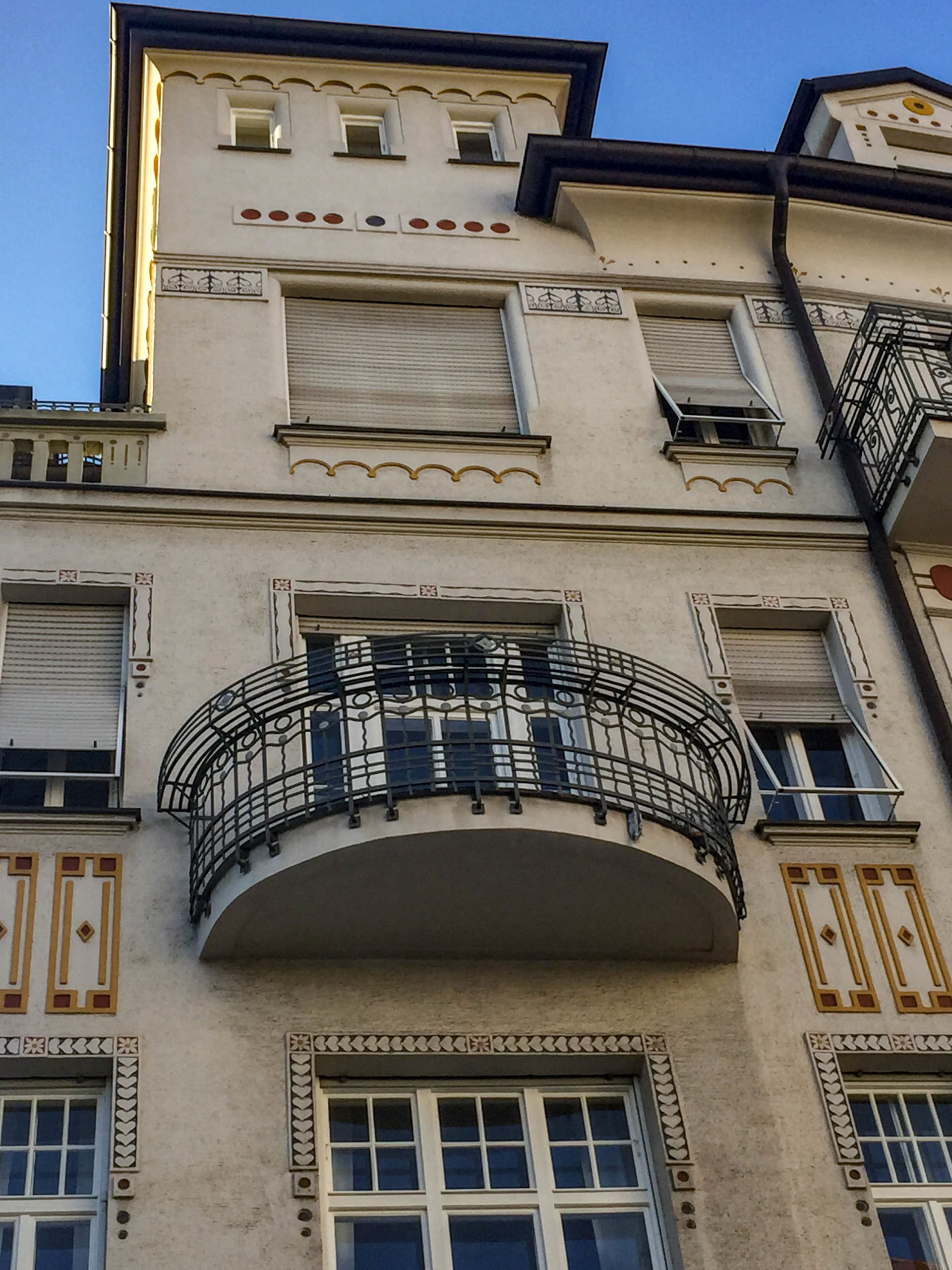 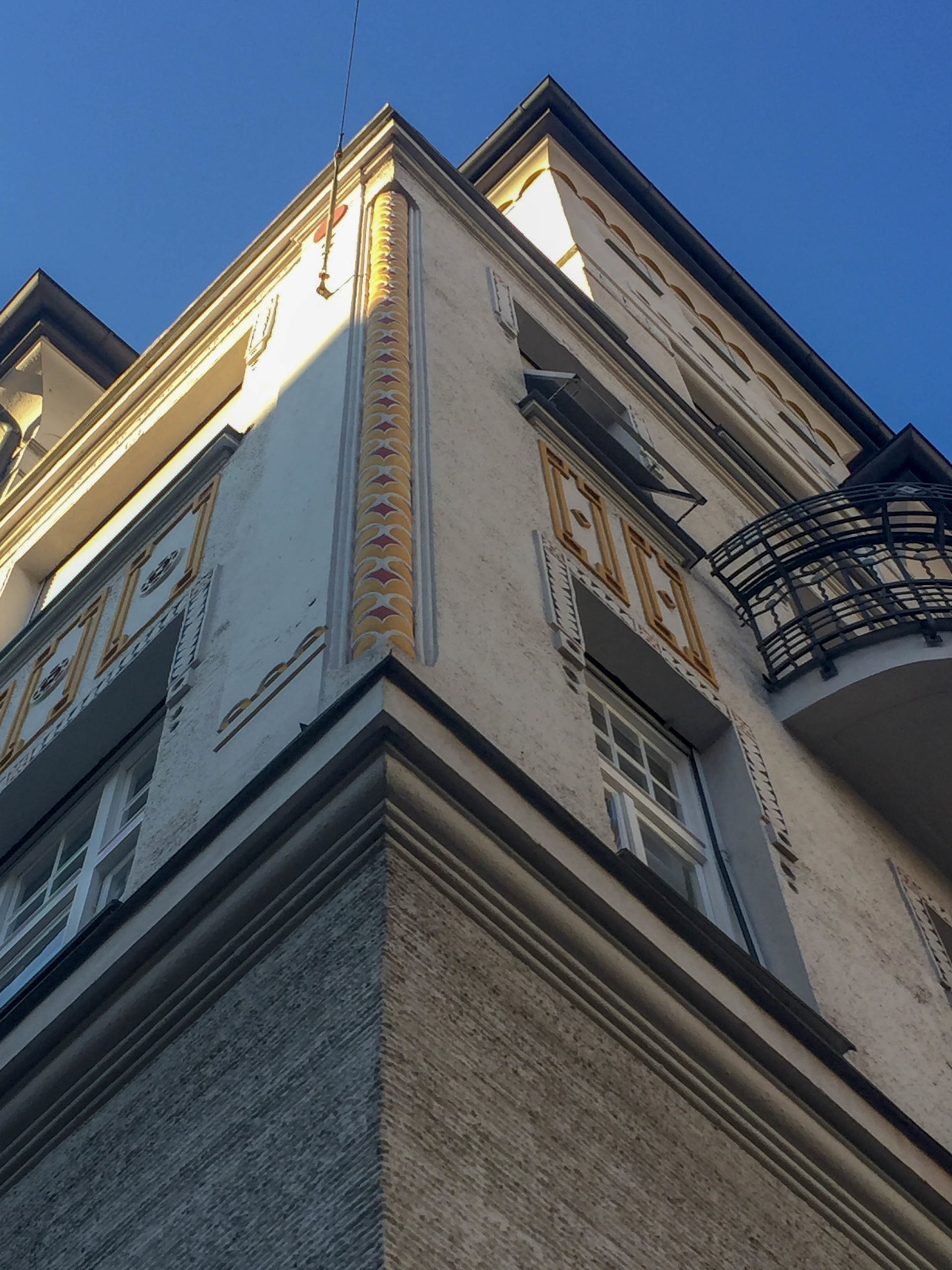 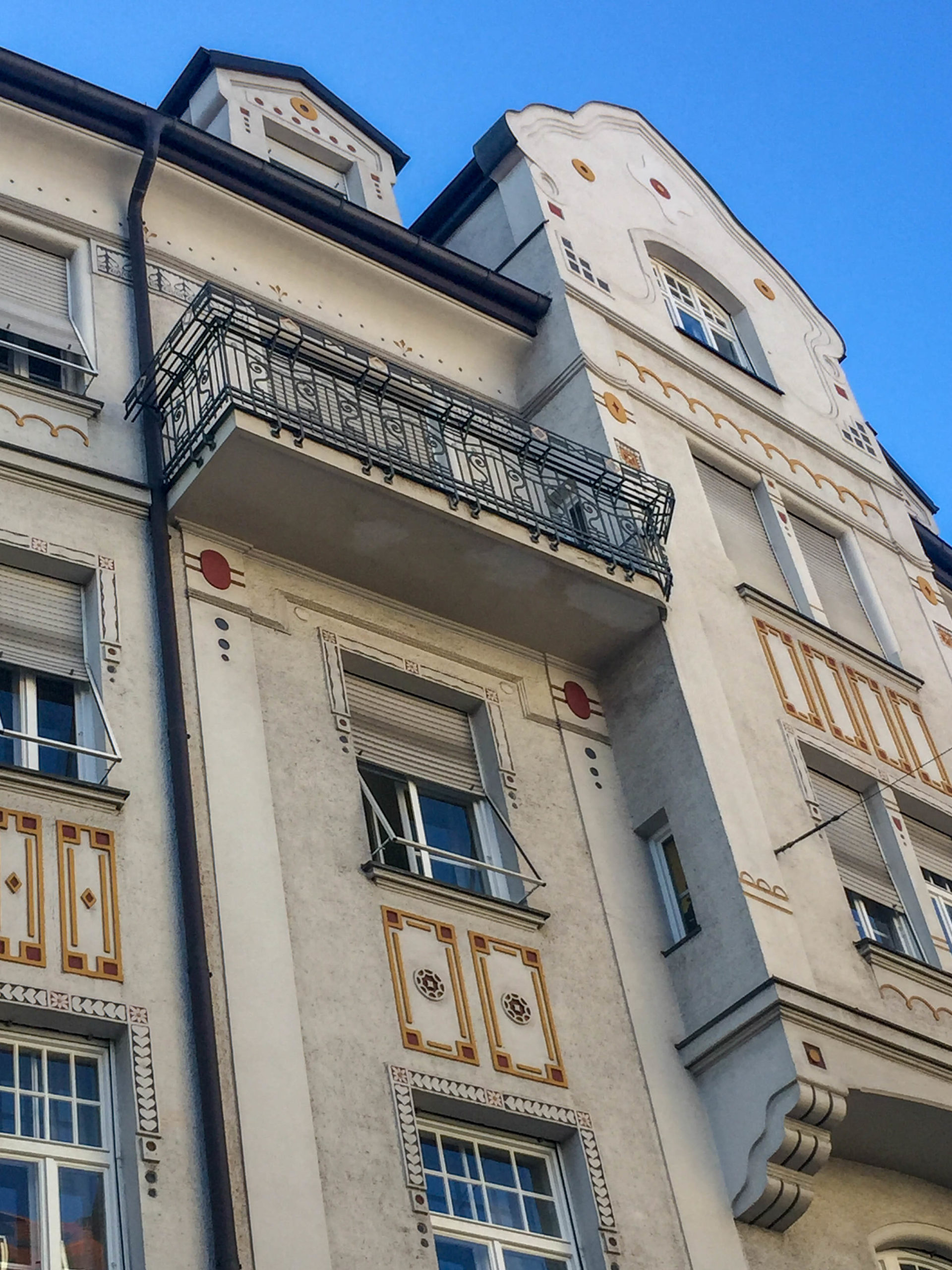 In 1907, the architect Jakob Bender built the four-story hipped roof building on the corner of Elisabethstrasse in Munich-Schwabing.

For many years, the painter Karl Caspar lived on the fourth floor of house number 38.

In 1890, a building boom had begun in Schwabing with the incor­po­ration of the city.

Numerous new residential buildings were built and the studio apart­ments on the top floors were ideal for artists.

The Academy of Art was nearby and numerous painting schools were located in Maxvorstadt, a southern neigh­borhood of Schwabing.

In 1896, two influ­ential magazines were launched – Simplicissimus and Jugend, which gave its name to the art movement of Jugendstil.

Countess Franziska zu Reventlow, who had thrown in the towel with her aristo­cratic family and led an uncon­ven­tional life in Munich as the Countess of Schwabing, created a literary monument to the artistic scene in the novel Herr Dames Aufzeichnungen oder Begebenheiten aus einem merkwür­digen Stadtteil.

She invented the nickname Wahnmoching for Schwabing, which took into account both Schwabing’s village-like and idealistic character.

All of the design elements typical of Art Nouveau are present in the apartment building on Elisabethstrasse: colorful geometric and floral forms in the facade decoration, ornate gables, oriels, balconies, and a tower-like raised corner design.

The rich geometric shapes and floral motifs can be found on the facade as well as on the wrought iron balcony grilles.

The building is a listed building and received the facade award of the city of Munich in 1990.

Elisabethstrasse in Schwabing was named after Empress Elisabeth of Austria in 1898. She was the daughter of Duke Max in Bavaria and mother of Gisela (the wife of Prince Leopold) and cousin of King Ludwig II.

Elisabeth was married to Emperor Franz Joseph I, after whom Franz-Joseph-Strasse in Schwabing had been named since 1894.

The couple often stayed with relatives in Schwabing, both at Palais Leopold and at nearby Biederstein Palace. 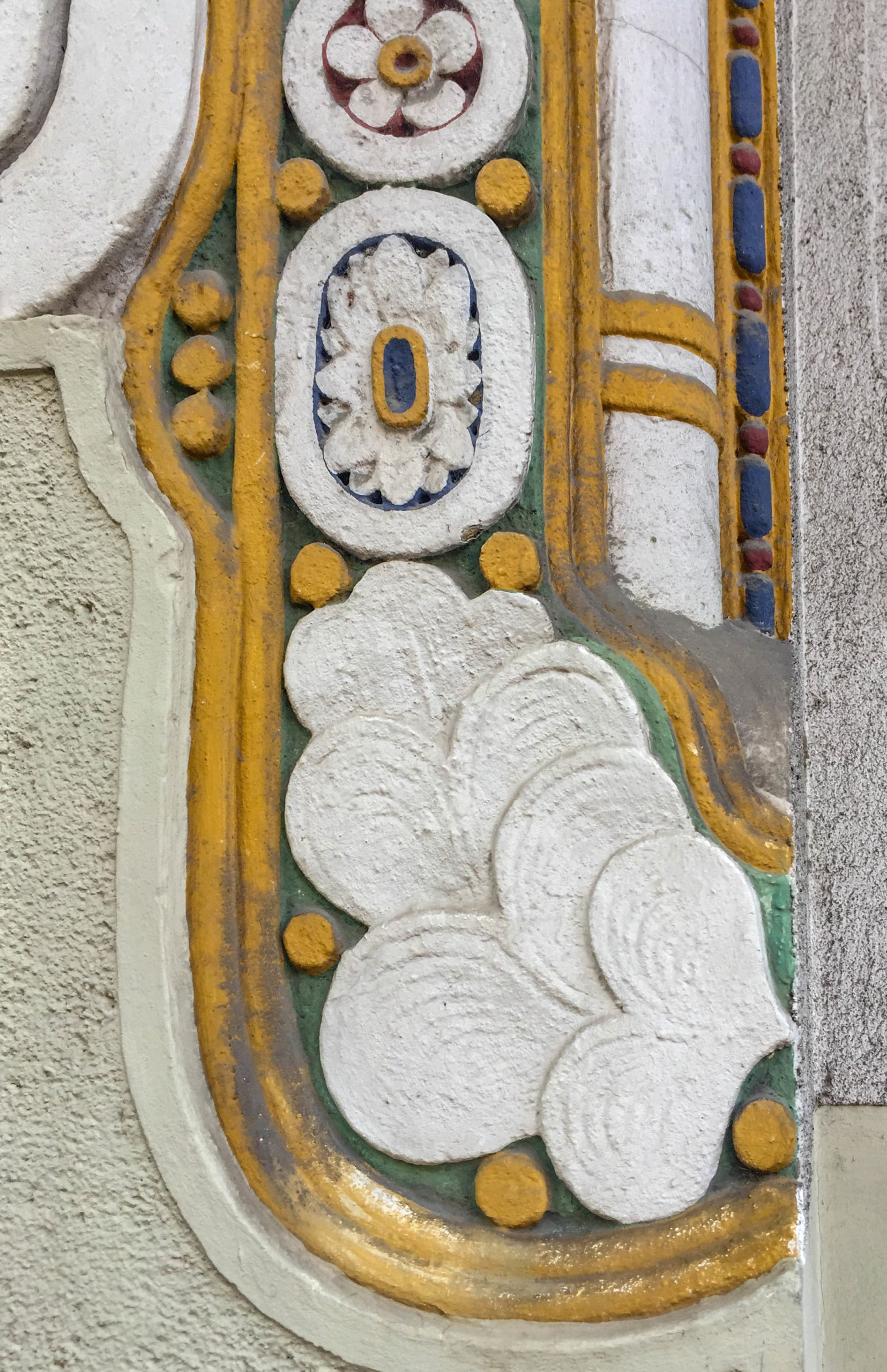 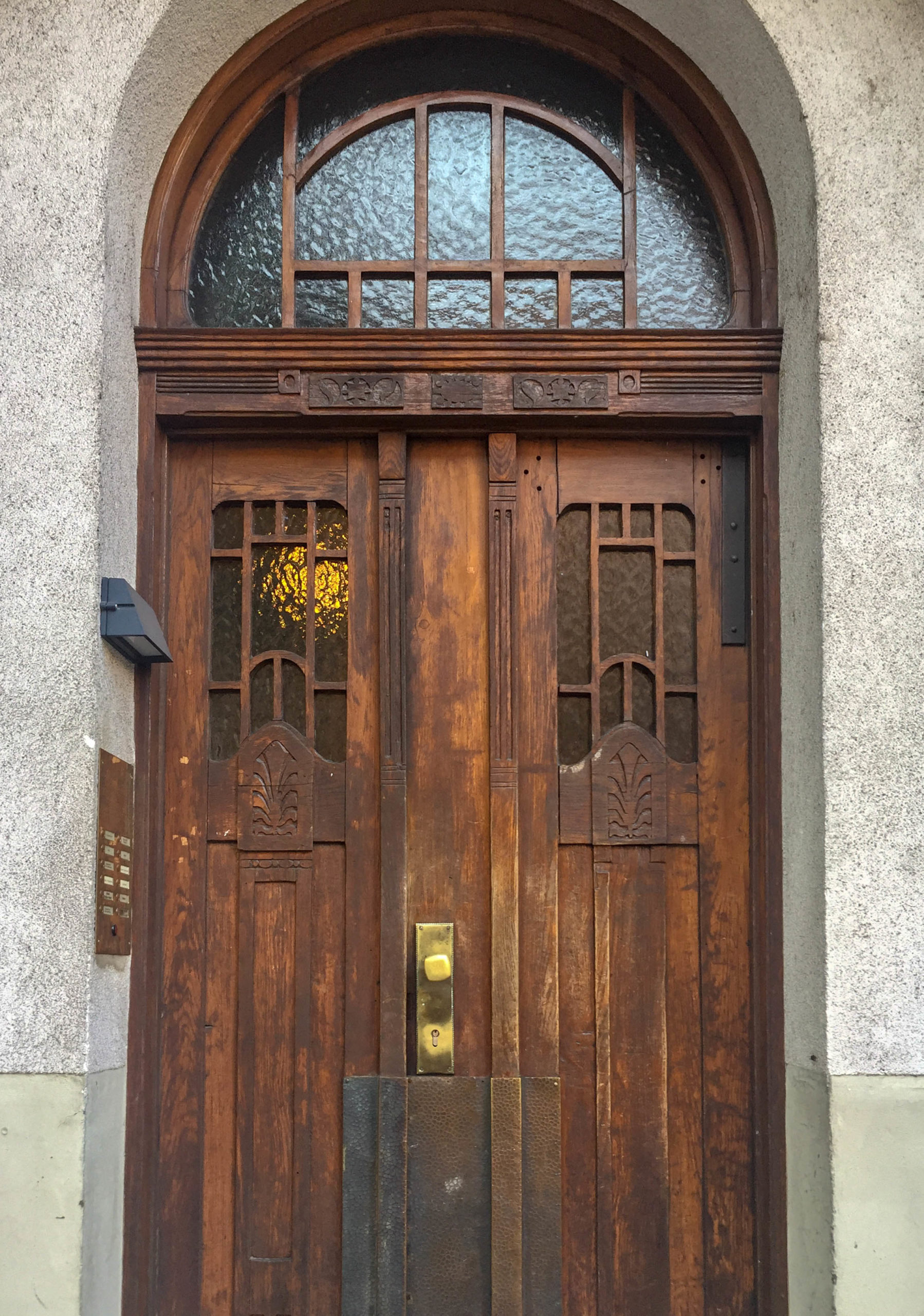 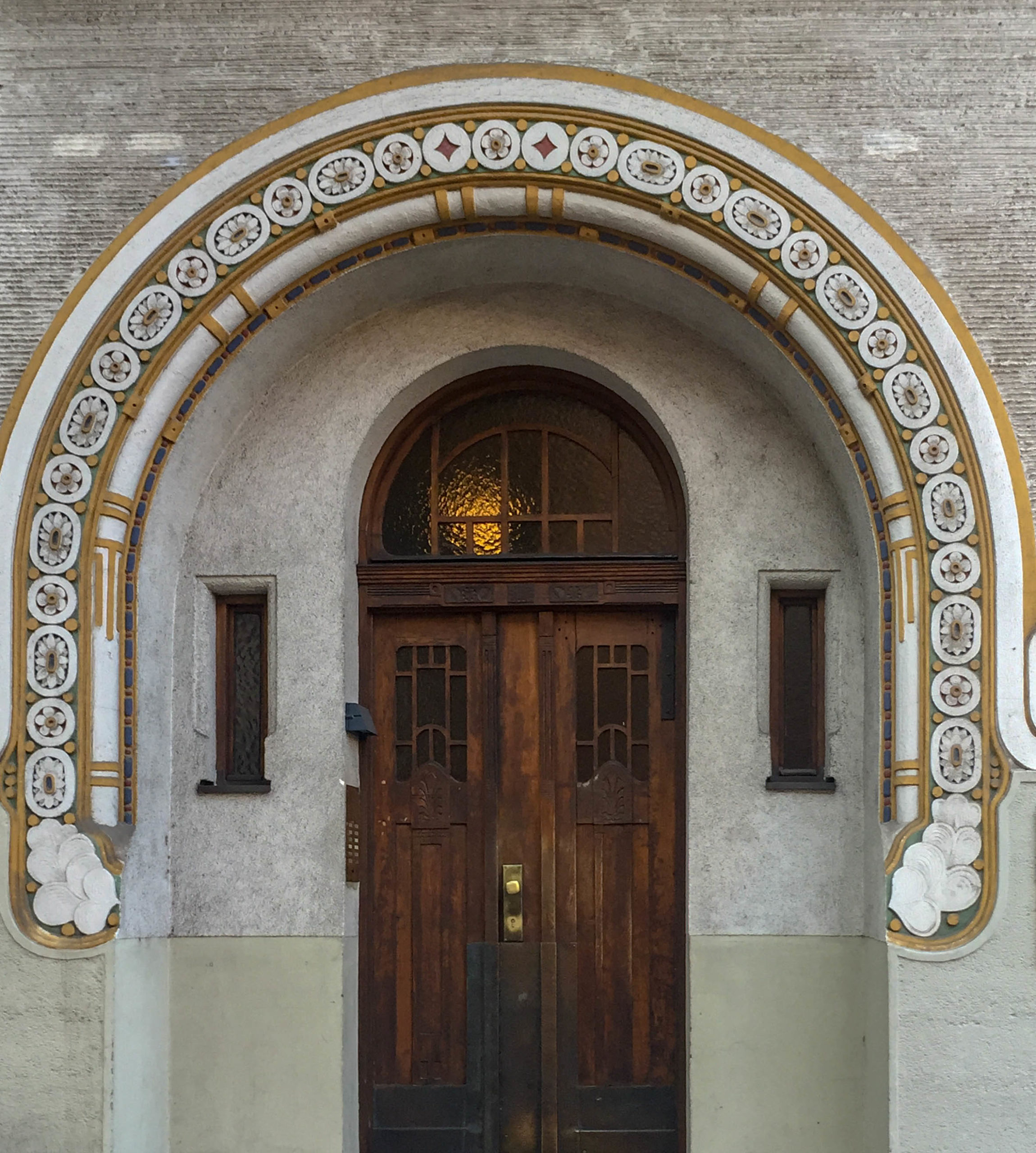