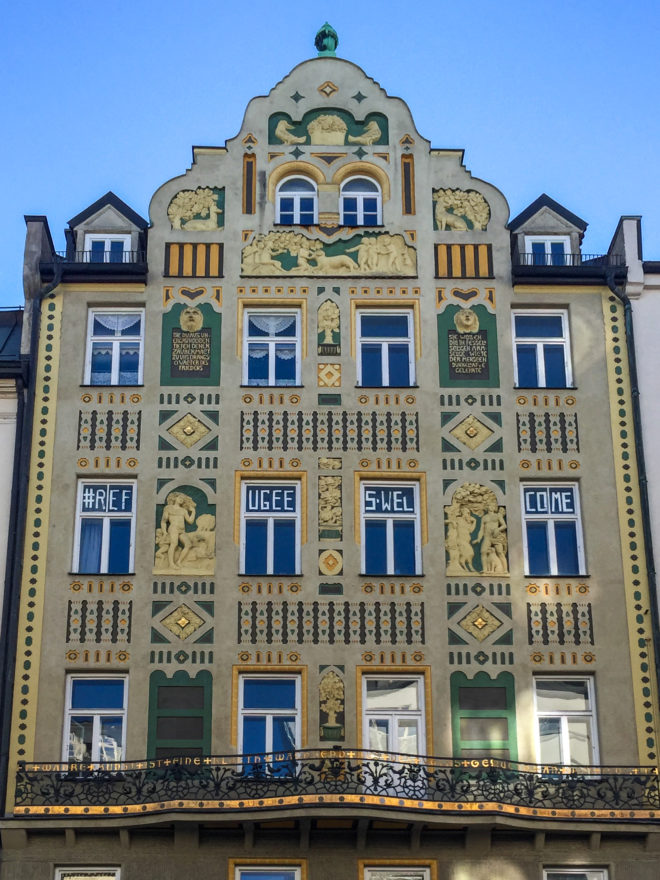 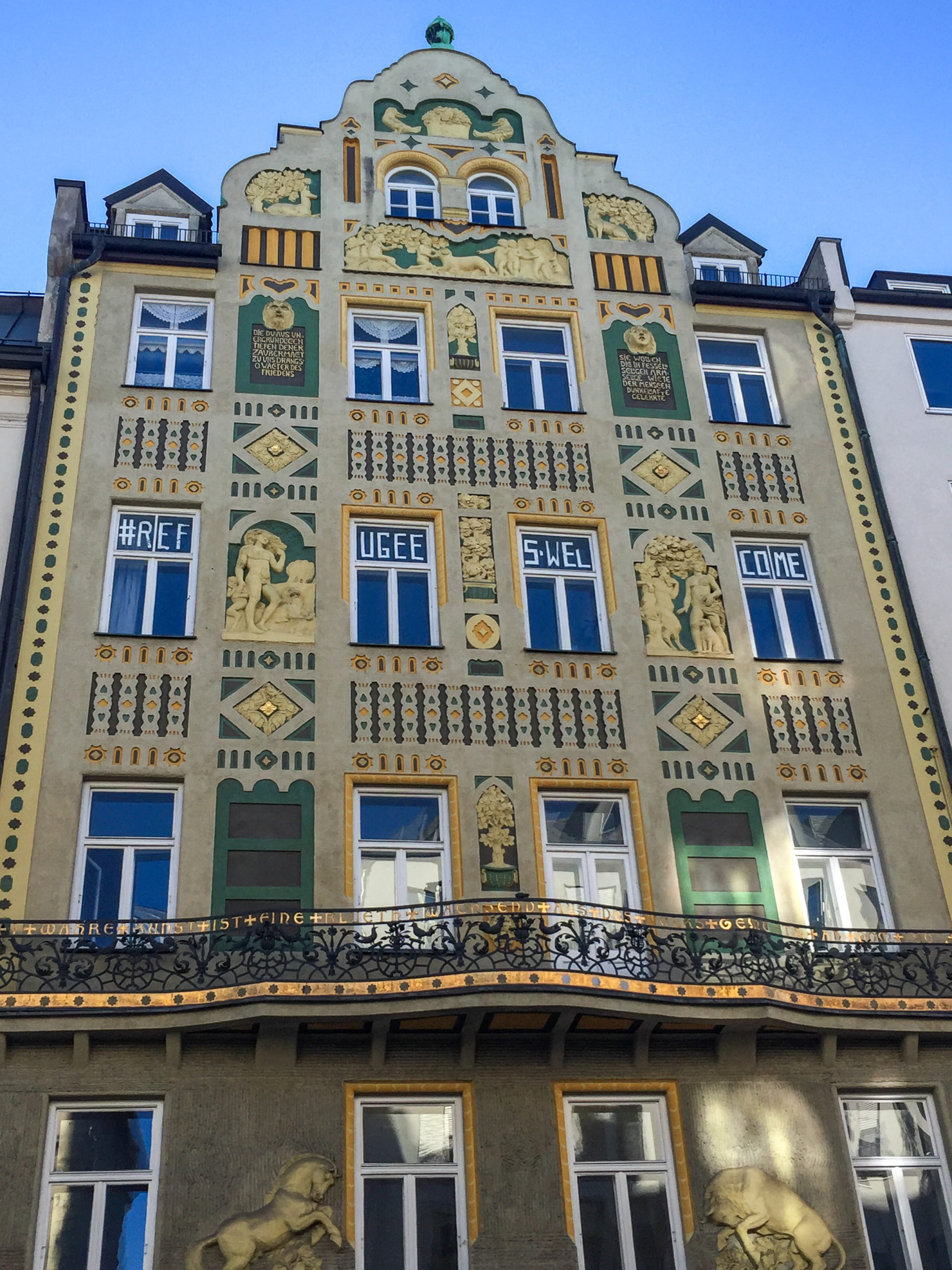 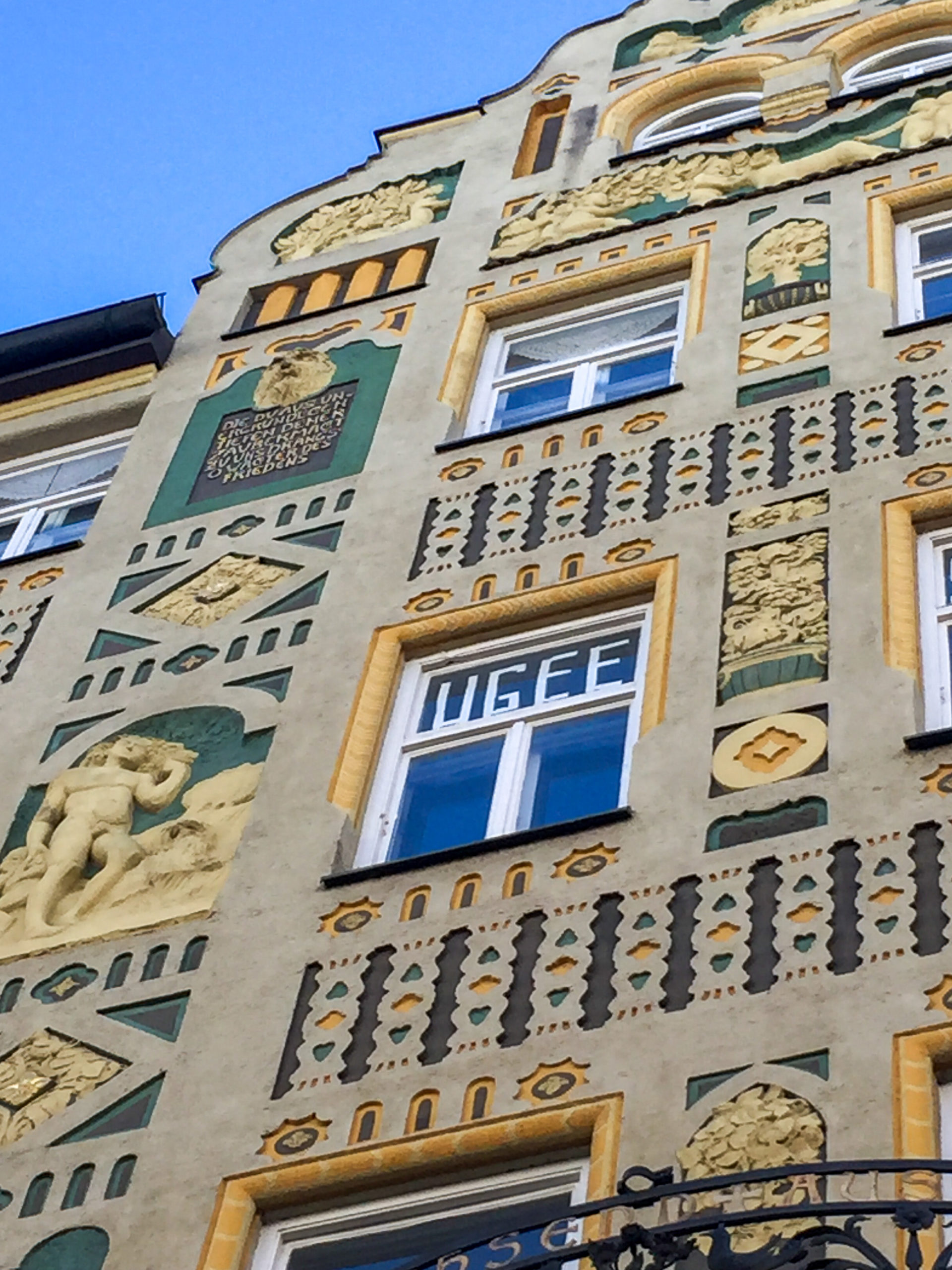 The apartment building in Ludwigsvorstadt Munich with richly decorated, colored plaster facade, curved balcony lattices and tail gable in Art Nouveau forms was built in 1905 according to plans by August Zeh.

The architect August Zeh, born in Bamberg in 1874 and died in Solln in 1929, was the son of the building contractor Carl Zeh.

Before moving to Munich in 1894, he was involved in Bamberg as an assistant to the city architect Hans Erlwein in the design of a hospital pavilion and the Prinzregent-Luitpold School.

In Munich, often in colla­bo­ration with his father, the builder Carl Zeh, he constructed several residential buildings and villas, among others in Lindwurmstrasse, Bavariaring and Richard-Wagner-Strasse,

August Zeh was a founding member of the Sema, an association of artists based in Munich.

The group of artists, writers, musicians and archi­tects had come together around the painter Paul Klee between 1911 and 1913. Founding members included Alfred Kubin, Max Oppenheimer, René Prévot and Edwin Scharff.

The artists‘ association, named after the Greek word Sema (the sign), existed until 1913. In 1912 the Delphin-Verlag had published the Sema-Mappe, which contained fifteen litho­graphs, including ‚Die Flusslandschaft‘ by Paul Klee, ‚Der Flüchtling‘ by Alfred Kubin and ‚Akt‘ by Egon Schiele.

In 1905, the Munich pharmacist Andreas Krammer commis­sioned the architect August Zeh to rebuild and raise the height of an existing house at Schwanthalerstrasse 79.

The plaster facade of the house is richly decorated with various reliefs and ornaments. In the upper area, there are borders and decorative fields in a strict geometric arran­gement, as well as aphorisms and reliefs with scenes from fairy tales and legends.

Below the balcony are reliefs depicting a rearing horse and a bull.

In 1905, the middle-class rented apart­ments, each of which extended over an entire floor, already had their own bathrooms. 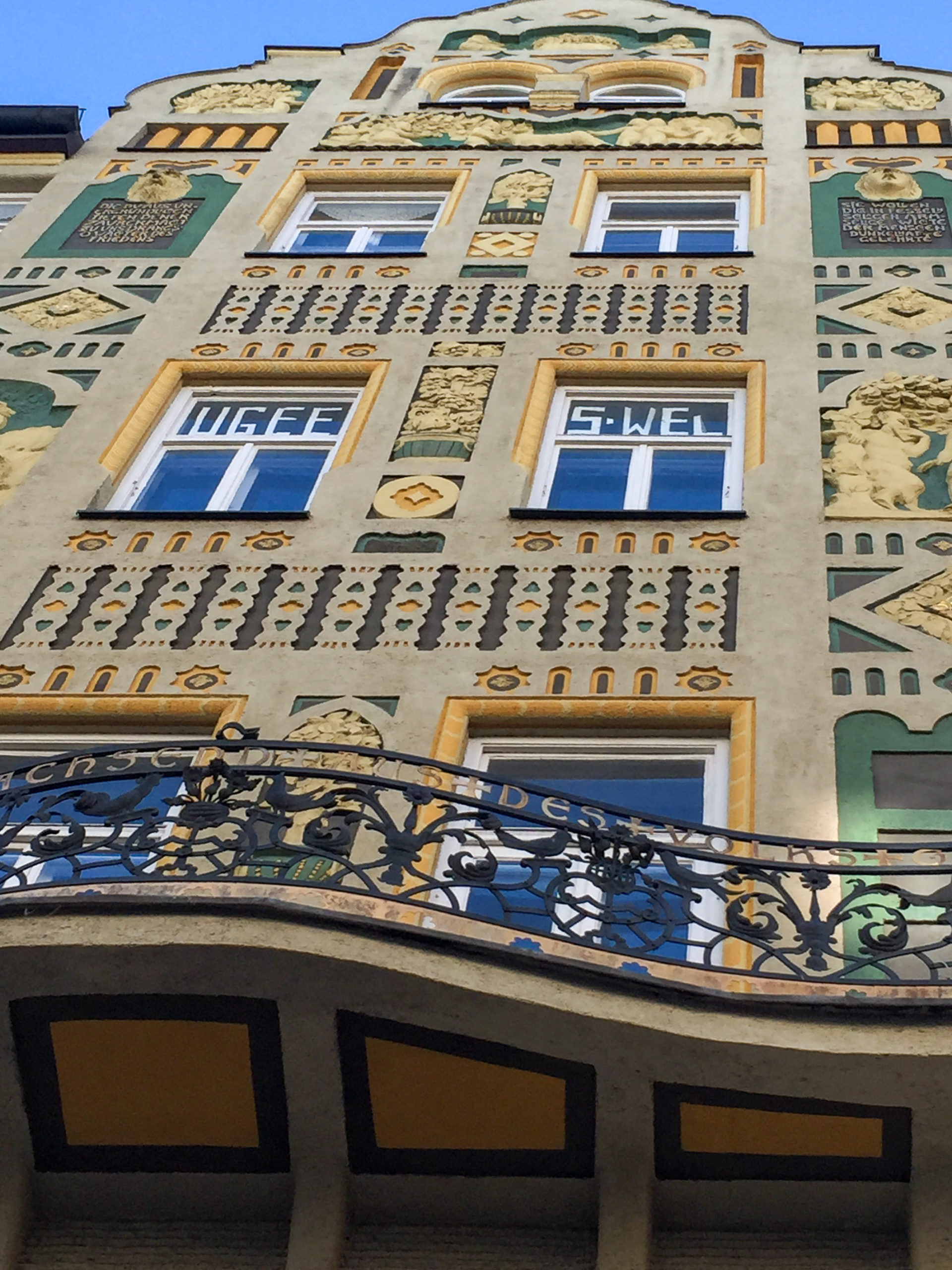 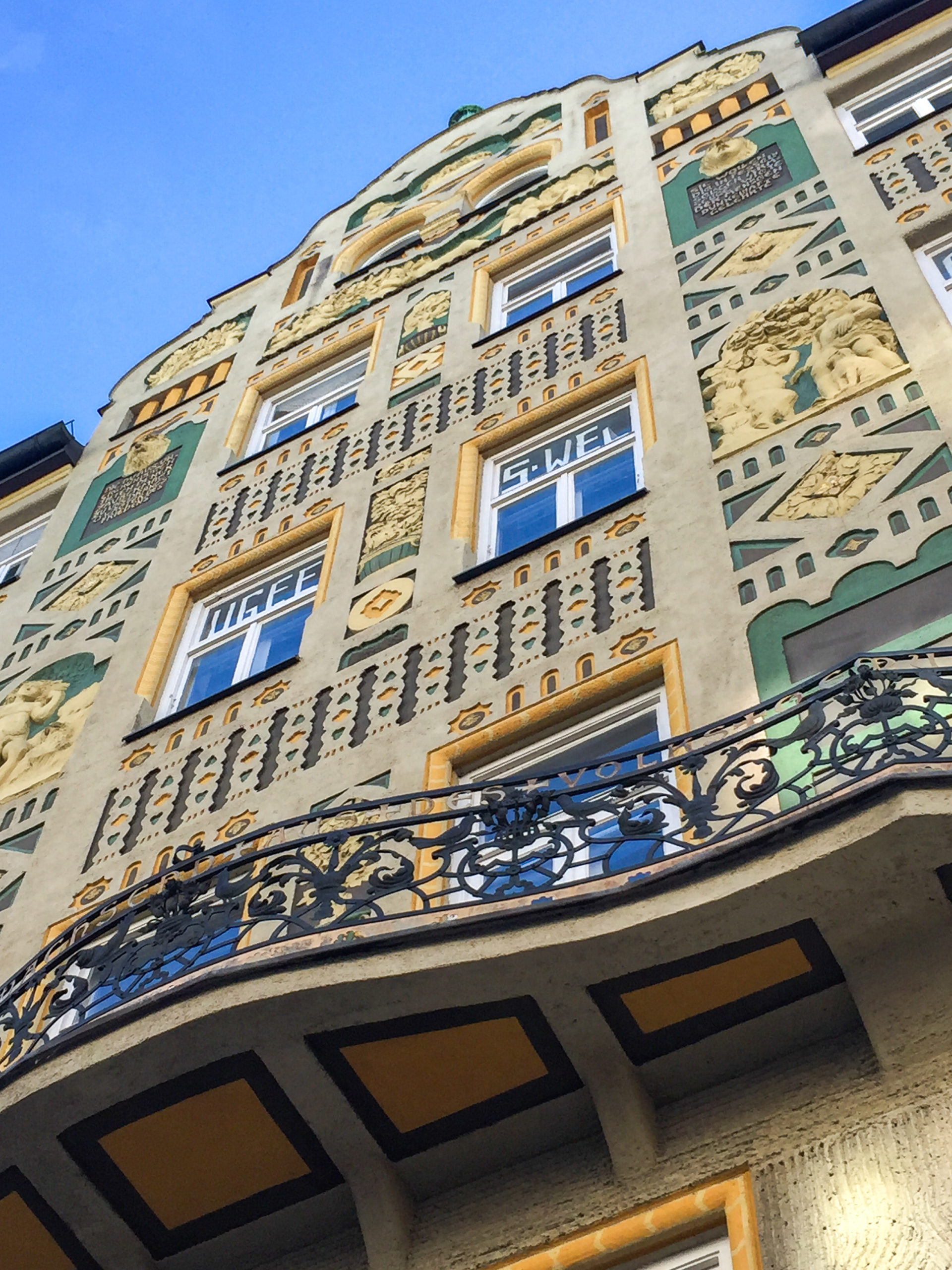 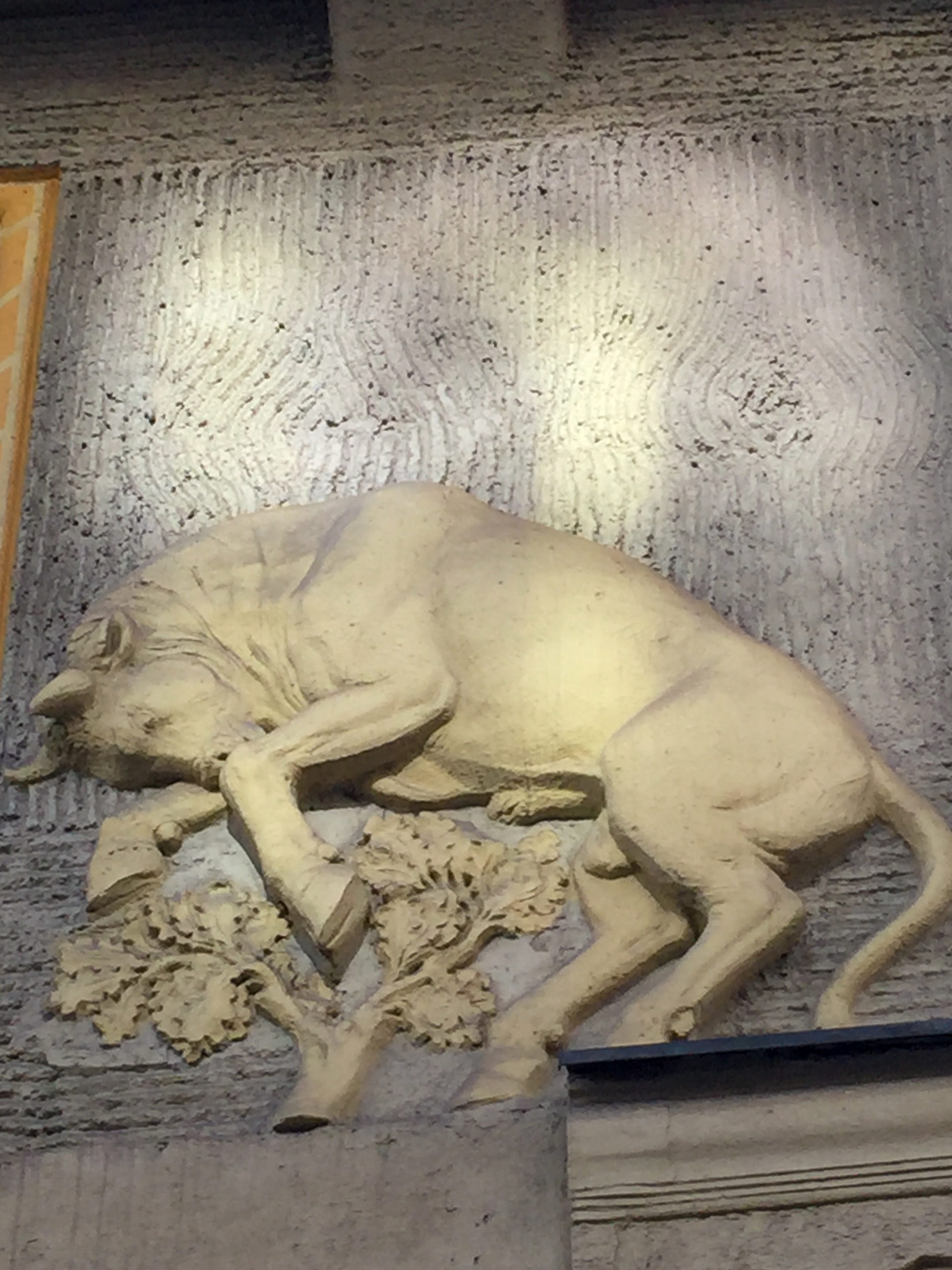