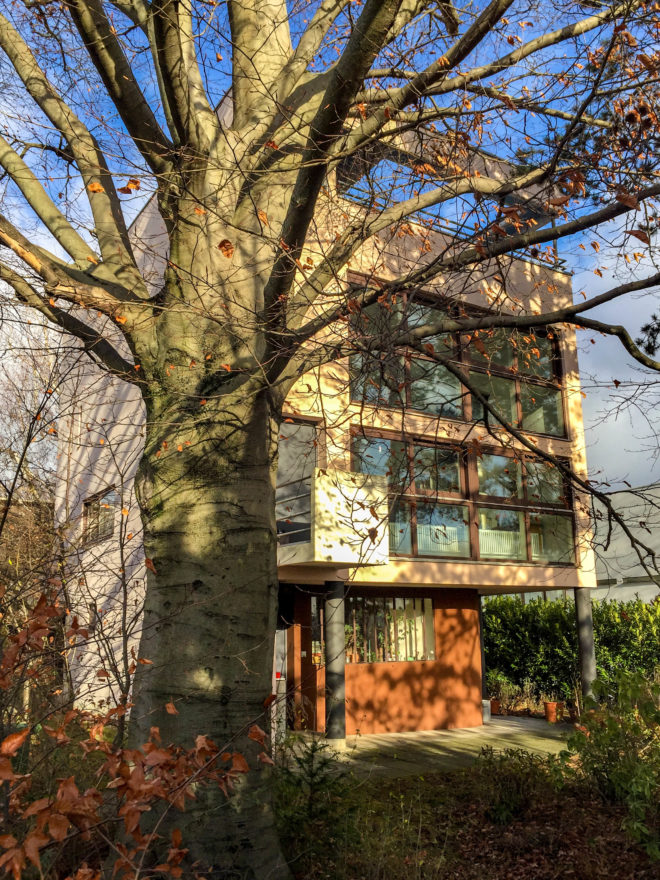 The Weissenhof Estate was built in 1927 as part of the building exhibition „Die Wohnung“, organized by the Deutscher Werkbund and financed by the city of Stuttgart.

During the exhibition, the 33 realized houses could be viewed from the outside and inside. Afterwards, they were rented out by the city.

In addition to the model houses in the Weissenhof Estate, there were three other exhibi­tions on modern building worldwide, interior design and new building materials and constructions.

Within just four months, 500,000 visitors came to see the exhibition, which had a worldwide resonance.

The Weissenhof Estate showed the then current develo­pment of archi­tecture and housing.

A formal coherence was achieved through the avant-garde archi­tec­tural views of the contri­buting archi­tects and the speci­fi­cation of flat roofs.

The single-family house by Le Corbusier and Pierre Jeanneret shows the possi­bi­lities of free floor plan and facade design over a reinforced concrete skeleton, enriched by a roof garden and a two-story living space.

The house is one of the outstanding archi­tec­tural testi­monies of Classical Modernism.

In 2016, the building was designated a UNESCO World Heritage Site together with Le Corbusier’s neigh­boring duplex. 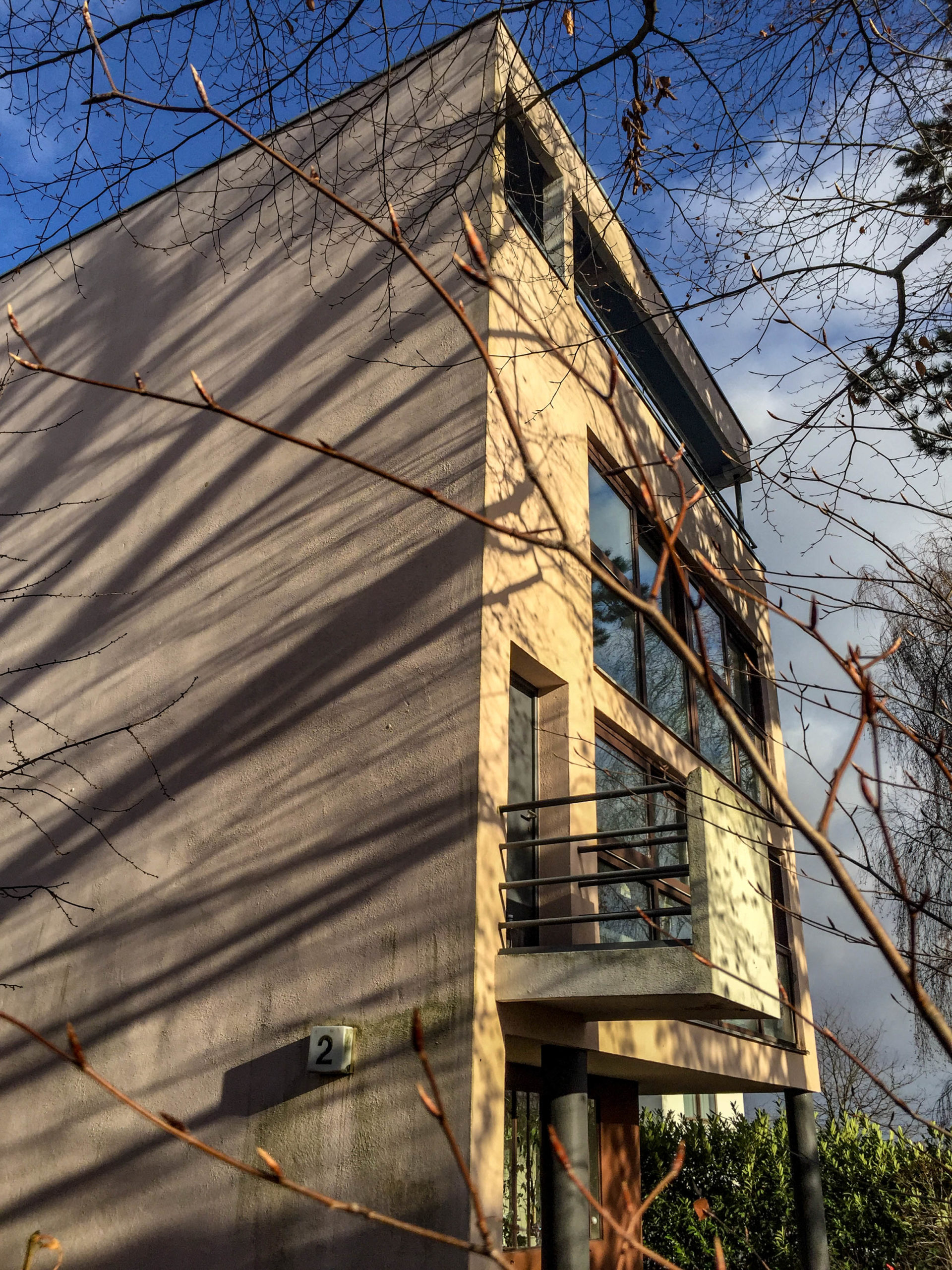 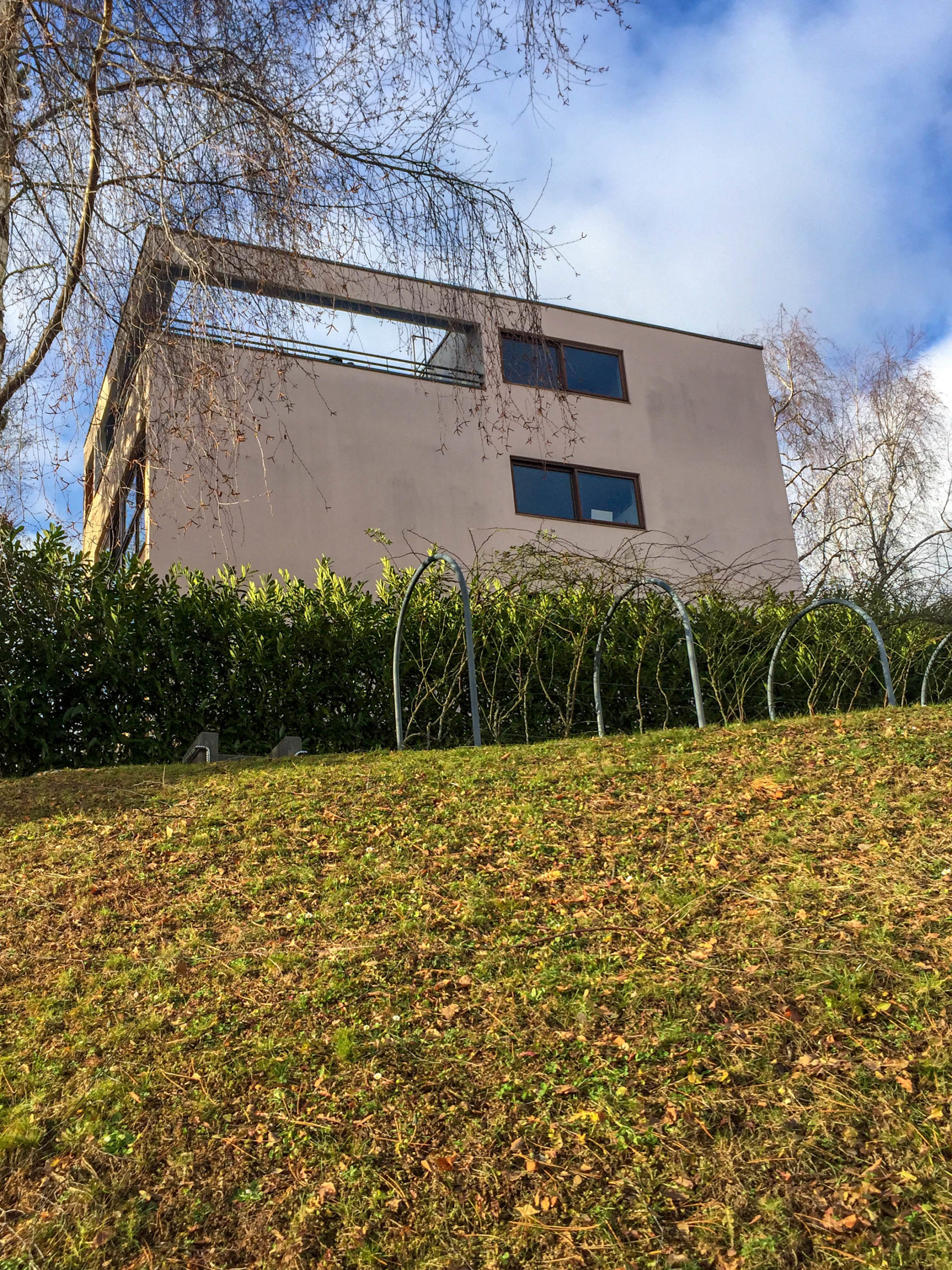