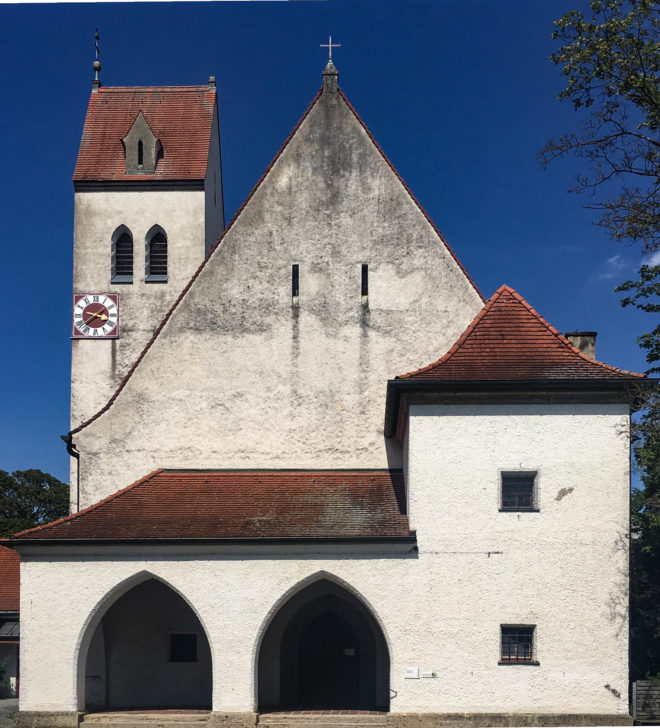 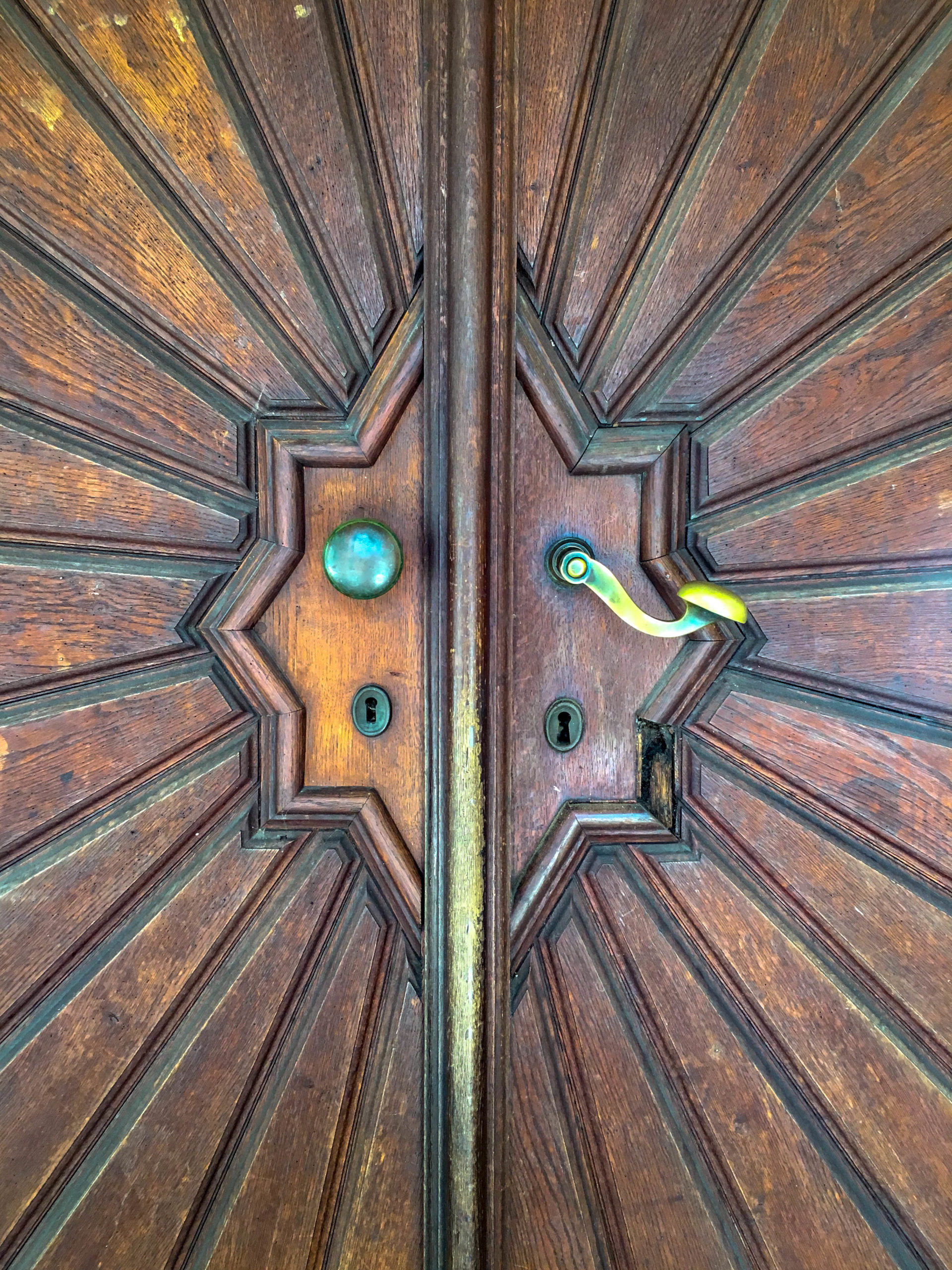 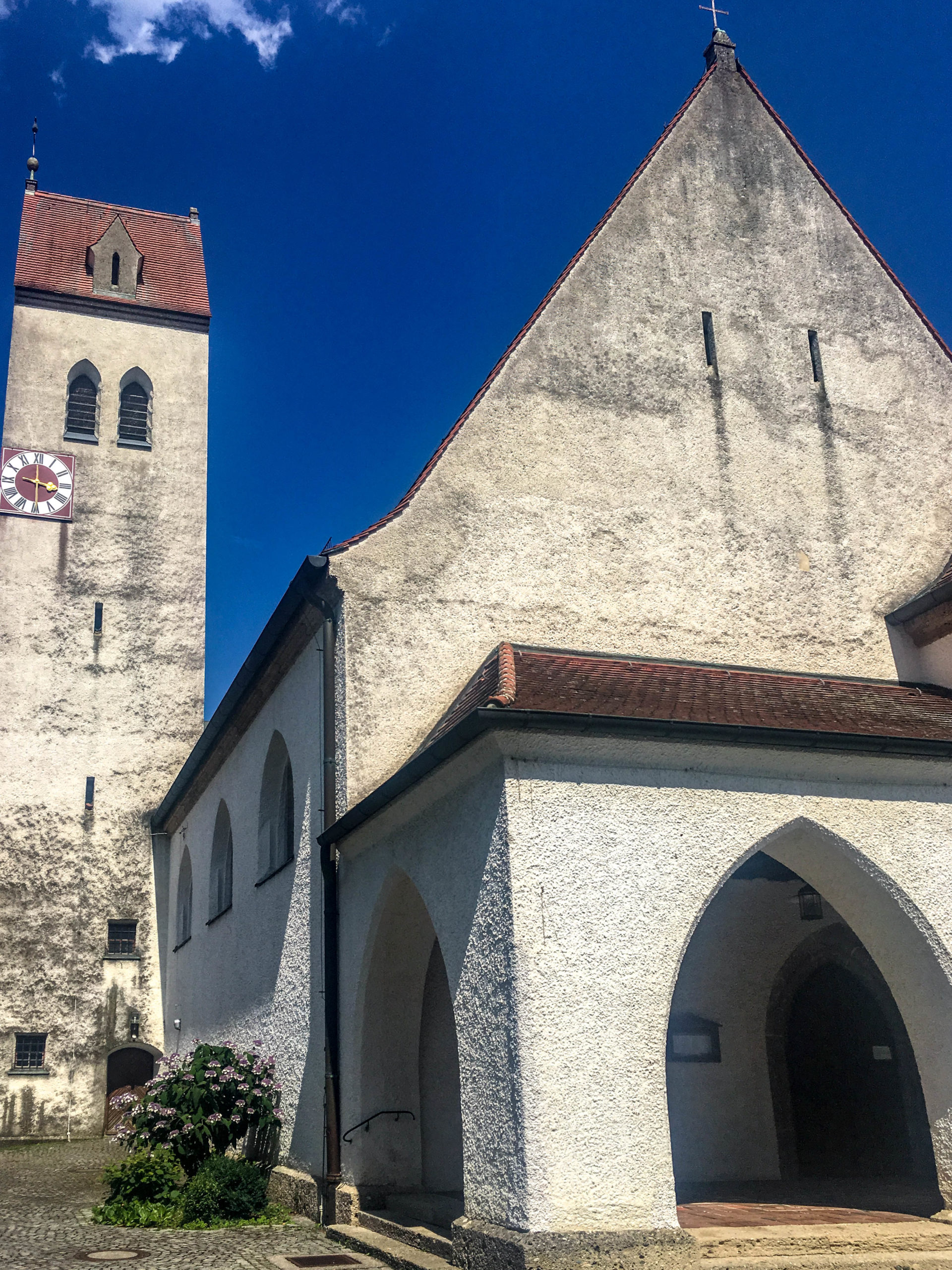 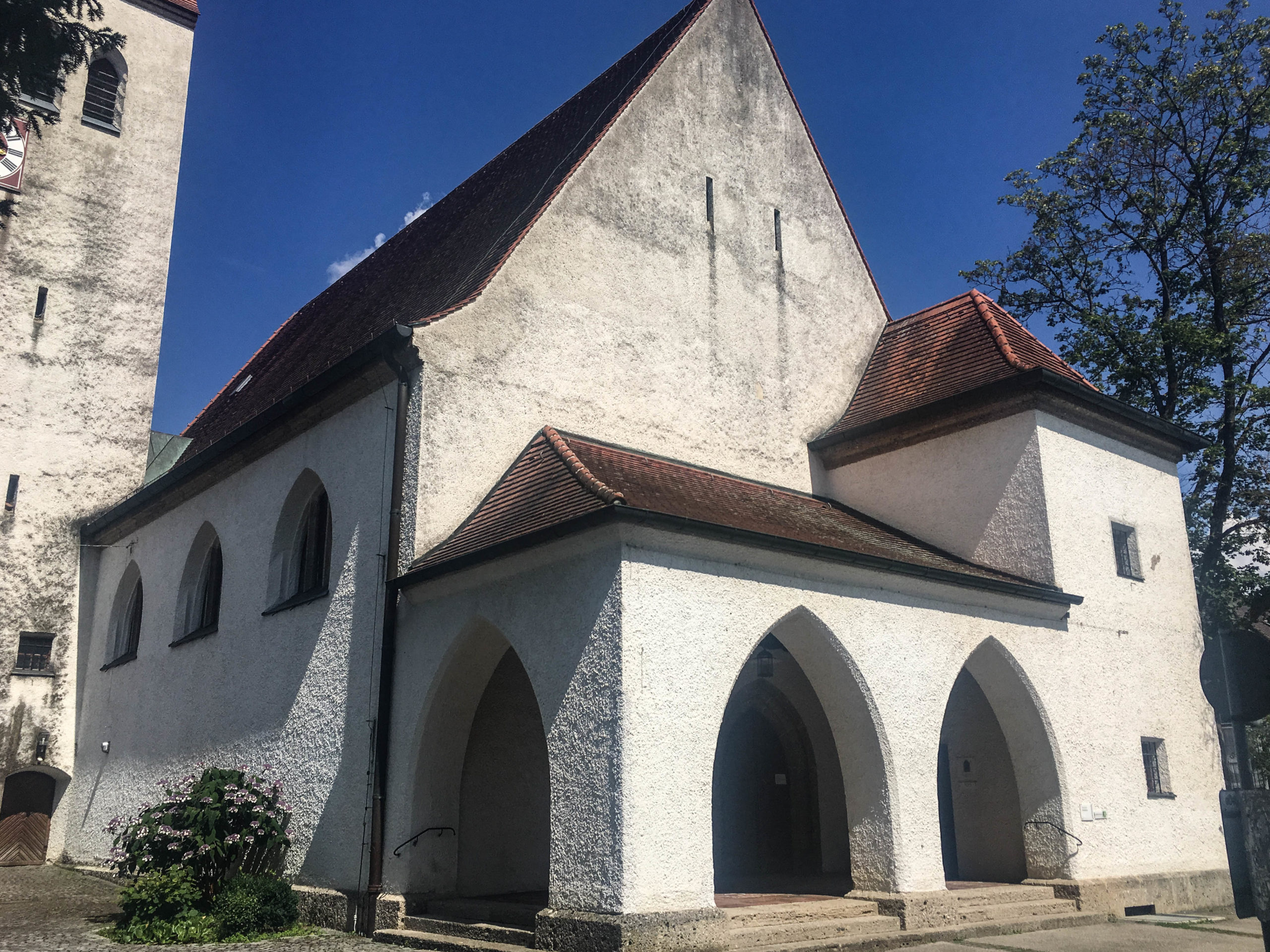 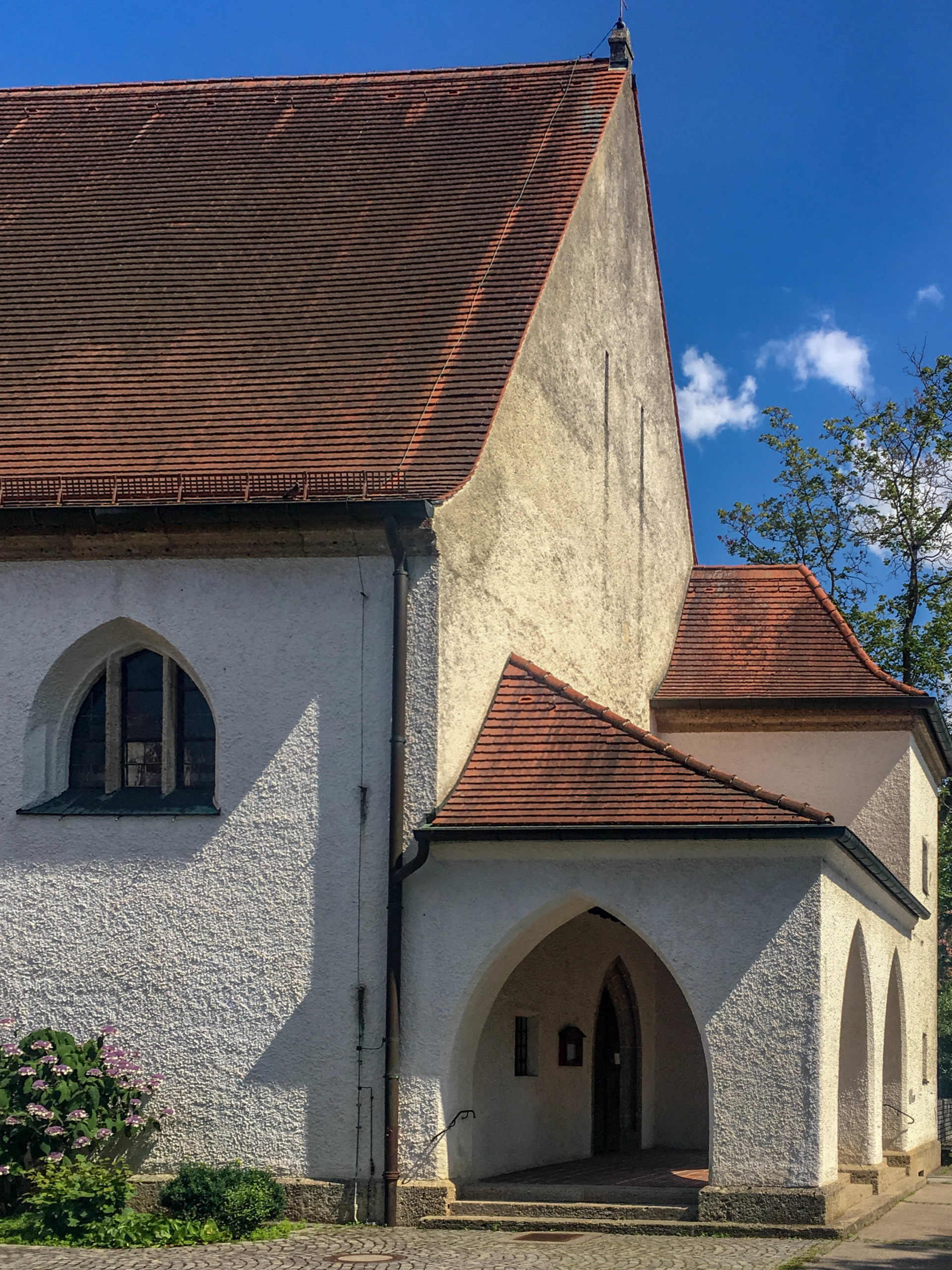 The listed Lutheran Church of the Redeemer in Fürstenfeldbruck was built between 1925 and 1927 as a hall building with a strongly indented straight-ending choir, a western porch and a north tower according to plans by architect German Bestelmeyer.

Bestelmeyer drew up the construction plans for the church in 1925, and the ground­breaking ceremony took place on May 11 of the same year. In 1927 the church was consecrated.

In the early 19th century, Protestants in the entire area of Upper Bavaria were served by a single vicar, whose travel expenses were paid for by donations.

With twelve services a year, Fürstenfeldbruck was at the top of the Protestant diaspora congre­ga­tions in Upper Bavaria in 1849.

The influx of Protestant civil servants into the town increased the number of services to sixteen, and the congre­gation at that time numbered about 150 worshippers.

In 1869, the Protestant congre­gation of Fürstenfeldbruck received a permanent permit to use an existing prayer room. Until the church was built in 1927, this prayer room served as a place of worship.

After the foundation of a church building association in 1903, the construction of an own church was pushed forward. The congre­gation acquired the future rectory and the land for the church building in May 1912.

The outbreak of the First World War put an end to the plans. The assets of the church building association, amounting to 40,000 marks, fell victim to inflation.

It was not until 1925 that German Bestelmeyer, at that time president of the Academy of Fine Arts in Munich, drew up the building plans and took over the construction management.

Bestelmeyer planned a whole series of Protestant churches in Bavaria and Franconia during this period, including the churches in Grafing (1924), Ellingen/Mittelfranken (1925), Prien/Chiemsee (1927), Aichach (1928), Neuburg/Donau (1930) and Bad Kohlgrub (1934).

In 1980, the interior of the listed church was exten­sively renovated. 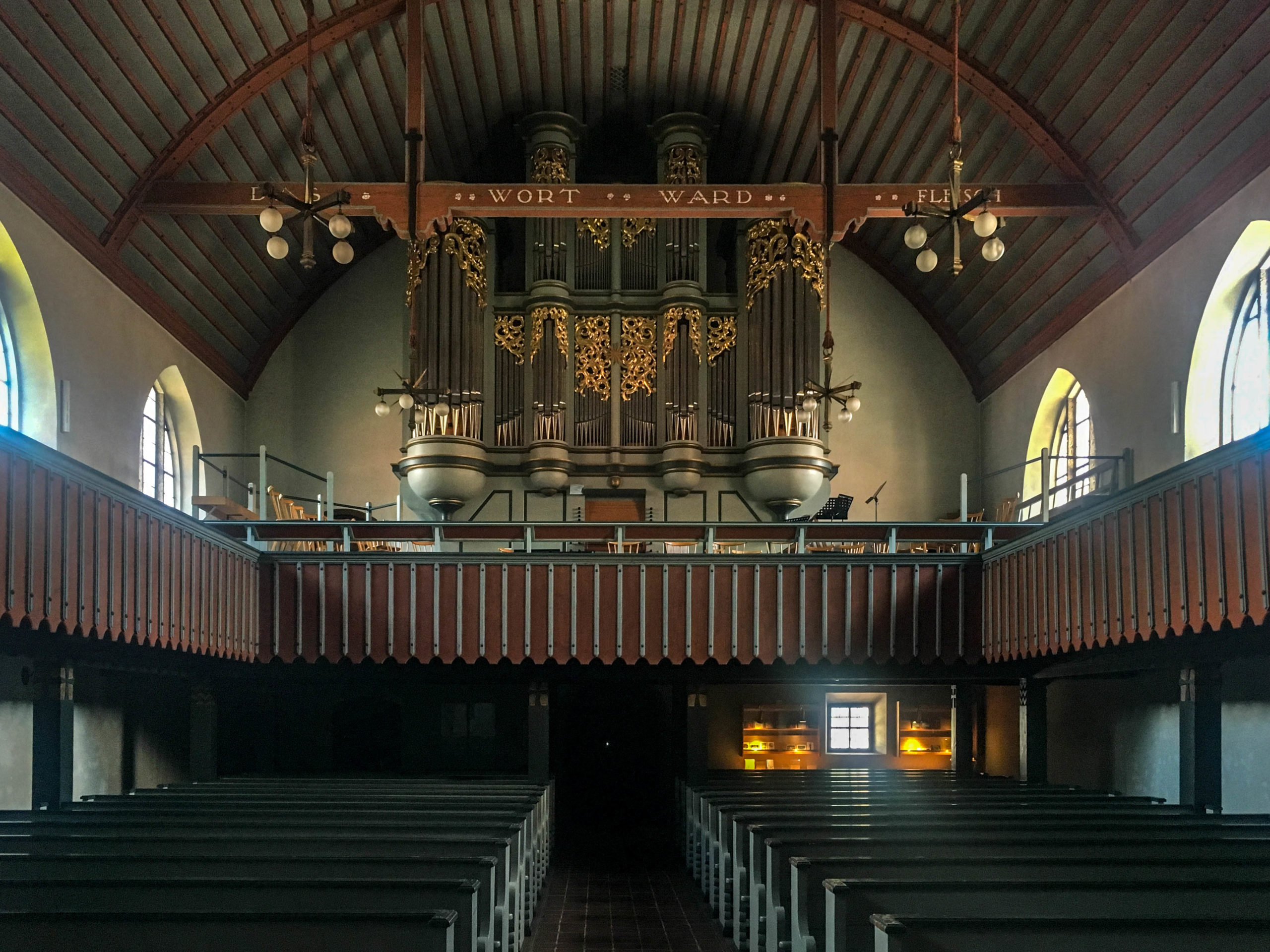 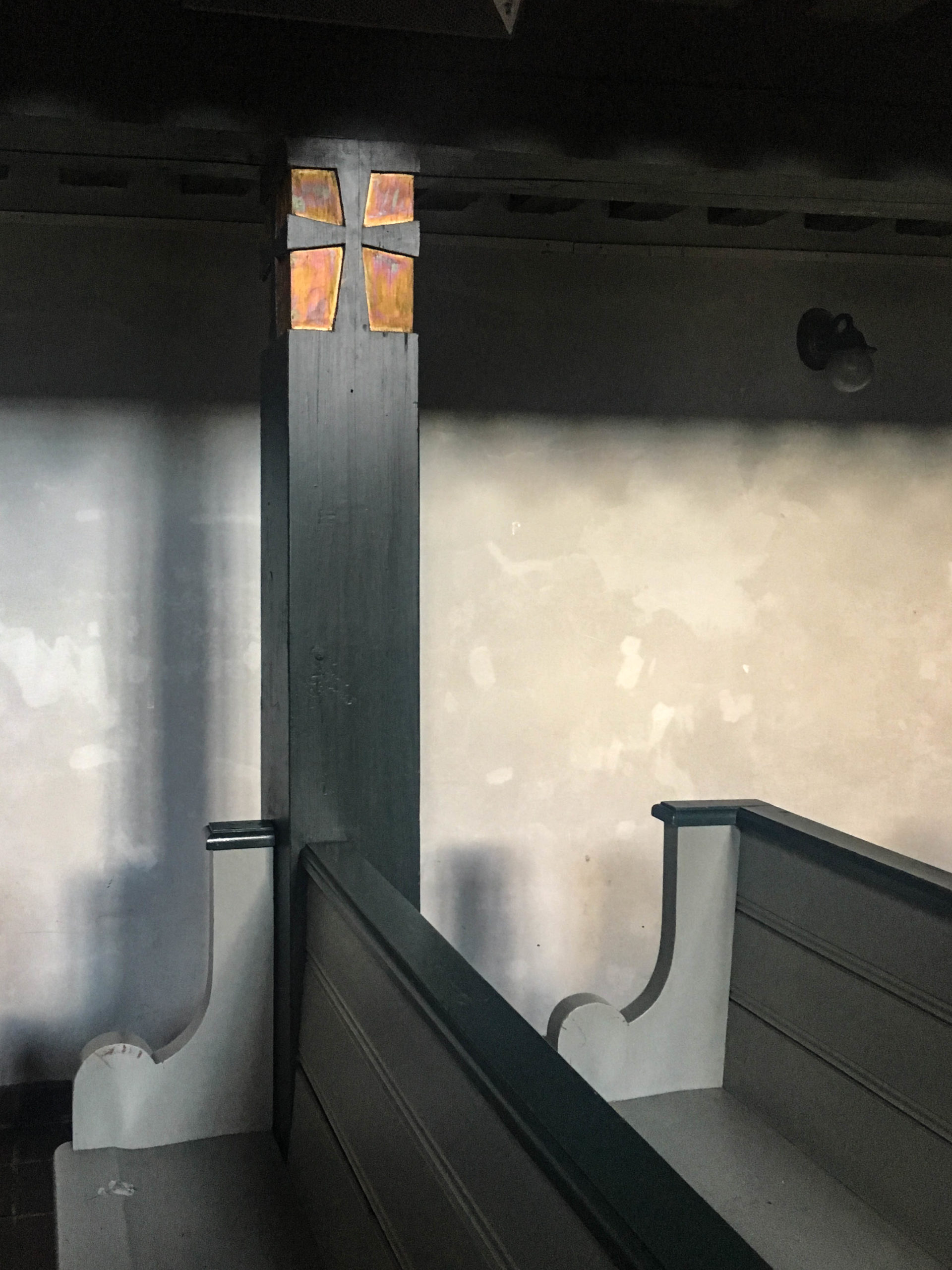